Not Much Change and a Letter from a Brother 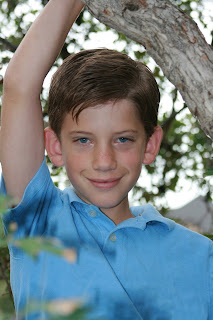 We seem to be kind of stuck. He's still on 7 liters of oxygen and really junky. I'm trying to bank on the 7-day virus thing. He went bad Saturday night, so we're almost there. But they are looking into the possibility of it turning into a secondary bacterial infection. No sign yet, but we're watching.

We did have a fun experience this morning (no, really, no sarcasm).  His doctor asked a "huge favor, and you can say, no".  Could they bring in a couple 1st year medical students to see Aaron.  Could they?  Oh, yeah.  I love showing off my baby.  And I love the opportunity to help future doctors see that possibilities and miracles do exist.

One of Aaron's older brothers is working on the Citizenship in the Nation merit badge.  It's one of the required ones for Eagle Scout.  Below is requirement number 8.

Name your two senators and the member of Congress from your congressional district. Write a letter about a national issue and send it to one of these elected officials, sharing your view with him or her. Show your letter and any response you receive to your counselor.

Now, I'd like to think the reason I wasn't more helpful was because I was doing something important, but truth is, I can't remember what was going on.  The sum total of my help on this one was to reply, "I can't remember. Look it up.  It's on the internet." when I was asked who our national representatives were.  That was it.  No names, no ideas, no nothing.

Here's his letter.  I really hope Mike Lee sees it.  More, I would love for many, many to see it.  See, it's written by an 11 year old with a brother who has been listening.  He's listened as I've ached over the many, many others who haven't been given the support his brother has.  He's prayed for those kids and their famlies.  And he wishes their familes could have what we have been blessed with.  Thanks, Joseph, for your loving heart. 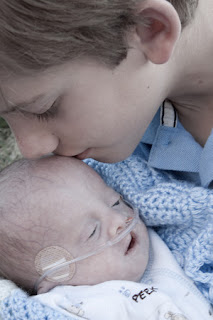 I would like to talk a little bit about Medical Care.

Most people aren't getting the treatment they need to stay alive.  My little brother is one of those kids with the medical problems.  It would be nice if other states would take care of people with trisomy 18.  I would like it if you could try to make it so that other states do that.

To:  Michael Lee﻿
Posted by CompatibleWithJoy at 12:04 PM