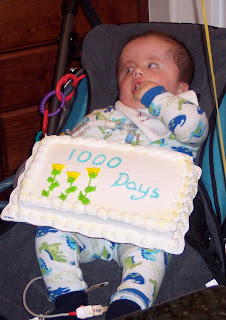 Okay, I think I'm starting to get a bit behind here.  I've all sorts of great thoughts, fun ideas, etc floating around in my mind lately.  However, they're also kind of like those tiny pieces of dust you see flitting around in the sunbeams.  Very much there, but impossible to grasp.  So you just kind of sit and watch them dance.  Unfortunately (or maybe fortunately!) you can't see them in my head.

But here's a quick update anyway. 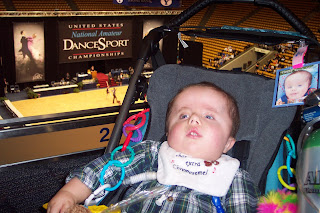 Aaron is doing great, yea!!  He went to the Ballroom National Competition with me last week and had a lot of fun rocking out to the music.  Deborah and Jonathan did very well, making it through the first round of callbacks and almost the second.  Jonathan and his partner, Hannah, did fabulous also.  They made it through five rounds of callbacks in their first event and then to the semi-finals in their second.  All in all, a very fun weekend of dance.

Aaron is also back on vent trials!  He's doing really well with them.  We're building up fairly slowly, so right now he does one hour off the vent and then three hours back on it.  I haven't figured out the best way to increase from here, so we'll just play it by ear.

Today is St Patrick's Day, and yes, we do have some Irish in us!  I've watched as some other moms have used decorations on Christmas trees all year round and decided I wanted to do the same for Aaron.  The same way we're trying to cram as many birthdays in as we can by celebrating monthly, I want him to see as many Christmas (or other holidays??) trees as possible.  So this year, he got his own little Christmas tree that stays up in his room. 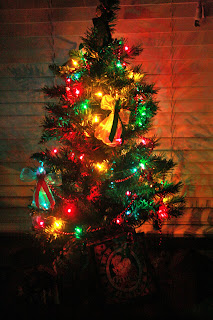 For Christmas, we decorated it with angels.  I thought that very appropriate.  He's our own earth angel, and I know he has so many heavenly angels watching over him. 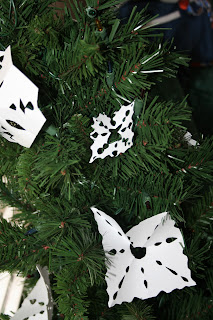 In January, Michael and Andrew helped me make snowflakes.  And the weather outside decided to go along with the theme!  It really seemed to snow a lot this year.  They're saying it really isn't quite up to a normal water year, but I still have a few small piles of snow on my lawn, and it's been in the 70's the last couple of days. 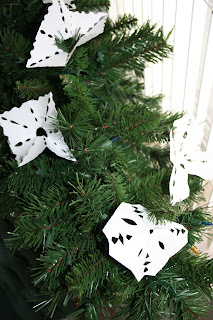 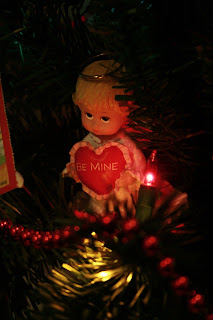 February was hearts, of course.  I really don't have many seasonal decorations, but we made do.  I really liked the cheap, dime store valentines that we pulled out to use as well. 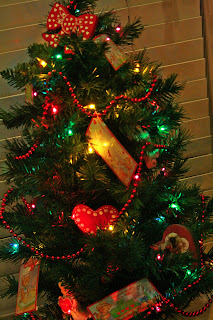 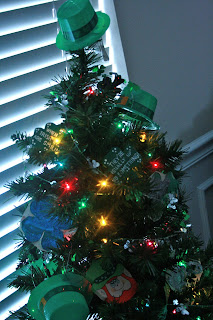 March, well, yep, that's today.  Lots of Luck.  Notice the glitter shamrocks?  Well, when you have two grade-school boys that just CANNOT get along and it's only 4 p.m. on a Sunday (a couple weeks ago), you get creative.  My first inclination was to put them to bed, but I also didn't want to be up at 2 a.m. with them.  What happens when you give said boys each a piece of paper with five shamrocks and some glitter glue?  You get TWO HOURS of peace!  You also get glitter from one end of the house to the other as clean-up begins, and shamrocks that don't fully dry for two more days, but hey, I'll take that!  They had fun, they served their brother, and we had PEACE!  (Yeah, I'll freely admit, with all the kids around here, that's sometimes, often? hard to find.)

Will you do me a favor?  Will you tell someone about Trisomy?  Let them know that it happens, but also that it blesses lives.  He has blessed ours so much.  I hope he's blessed yours, too.


"It is not length of life, but depth of life."
Ralph Waldo Emerson
Posted by CompatibleWithJoy at 2:23 PM