Kicking Off Trisomy Awareness Month With a Fight 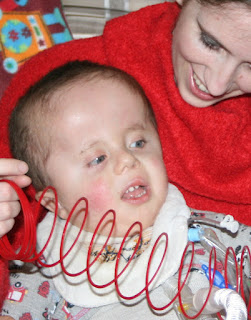 March: the third month.  Trisomy:  three chromosomes instead of the usual two.  Fight: to put forth a determined effort, to struggle to endure or surmount.  And here we go again.

I never, NEVER dreamed that things like this happened today.  In Germany, pre-WWII, among Hitler's very first victims were the infirm in body or mind.  He started with them.  Today, while I'm sure they would be appalled at being compared to him, doctors still sometimes decide that a person's life is "not worth living."

So, since my eyes have been opened, I wanted to share with you just a couple of examples. Unfortunately, there are many more.

First is sweet Peter.  He was six years old when he lost his battle.  But it wasn't Trisomy exactly that took him.  It was that his hospital records had "Trisomy" listed as one of his diagnosis.  He was allowed to bleed to death, yes, "allowed" is the right word.  His mother and others are now fighting to make sure that in Minnesota, hospitals must make public their "futility policies".  YES, hospitals DO HAVE THESE, where THEY decide if it is worth fighting to stay alive.  Here are a couple of articles, pretty short and well worth reading about the fight going on in Minnesota.  And lest you think that Minnesota is all alone, please know that they are not.  It's just where that particular battle is currently being fought. 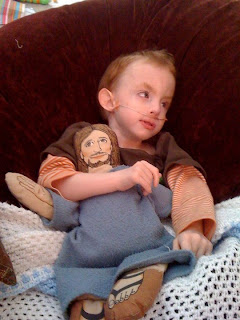 I love in the article when she challenges the doctors who say that Peter's life has no meaning.  She points out that children like Peter are "teachers of our souls."  In our world today, where so many souls seem lost, could it be that these children are the most valuable teachers we have? 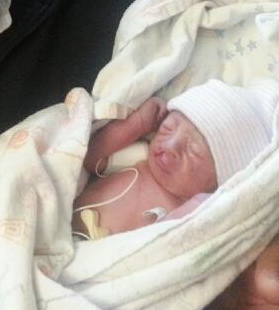 Also, it seems ironic but appropriate that, once again, as a community, we are fighting to help a child live.  Fortunately, some people with some very big clout have gotten involved, contacted some doctors and plans are being made (changed!).  Today, baby Vanessa is fighting for her life.  Her parents are fighting with her, against her hospital.  She is at CHOP, one of the very best hospitals in the United States, but it has taken some muscle to get her treated.  You can read about it here on Facebook or here on Change.org.

Please, don't close your eyes to this.  Don't think that it doesn't involve you.  It does.  When someone decides that a life has no meaning, it touches everyone.  Spread the word.  Trisomy happens.  That is not the tragedy.  That there are those who think it makes a life unworthy, that is the tragedy.  Edmund Burke said, "All that is necessary for the triumph of evil is that good men do nothing." 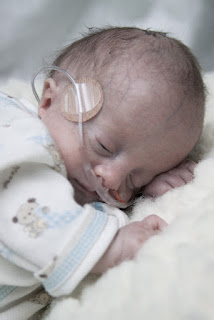 Look how far our little teacher has come.  He's worth the fight, and so are the others.


Remember the worth of souls is great in the sight of God.
Doctrine & Covenants 18:10
Posted by CompatibleWithJoy at 10:19 AM