It Would Be Okay If Mommy Intuition Was Wrong 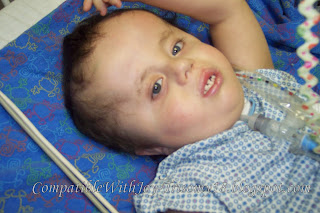 Spoke too soon, too loudly, whatever.  Long and short, we're not going home on Wednesday.

Can I tell you how often I second guess myself?  I waffled about bringing him up here.  I worried about if I was putting him through something unnecessary when I wanted a good IV.  I've had a sinking feeling in my stomach that we might be missing something.  Yeah, well, still hoping the last one is just nerves.  And this was all just in the last four days.

You already know from recent posts (and the fact that we're still here four days after showing up via ambulance) that I was right about bringing him in.  And another hour at home would have made it very obvious, too.  Although it might have also earned him another chopper ride at that point.

The IV, I don't think I've told that story.  When he got here, he got a scalp IV.  I'm told that most parents don't like them.  I guess it can be kind of freaky to see an antenna sticking out of your baby's head.  But the first time I was able to hold him, at four days old, it was precisely because of an antenna like that.  They had pulled the other lines and only had a peripheral IV, so it was safe to hold him.  And it's pretty easy to find a good vein on his scalp, where it can be really hard anywhere else.  And I'm just not into holding my baby while he cries and someone tries to find a good spot.  So I'm kinda partial to the scalp IV.  And that's where they put it, really easy.

But the little monkey pulled one on us.  On Sunday night, he'd been asleep, so we weren't watching that closely.  He reached up and pulled it out, slick as a whistle.  He thought it was pretty funny, and yeah, it was still a good one, so there was blood everywhere.  His nurse got the okay to not put one back in because we were heading to the floor the next morning.  IVs are pretty much mandatory in the PICU, but not necessarily on the floor.  I wasn't comfortable with that, because if he did start to struggle, that really wouldn't be a good time to be hunting for a vein.  So as mom, I requested that they put one in anyway.

It wasn't fun.  I really felt bad, especially since the doctor and nurse didn't think it was that necessary.  And it hurt, he cried, he screamed, he looked at me like, "why aren't you stopping this?"  And all I could do was cradle him and say, "I'm so sorry, so sorry."  And wonder if I was putting him through unnecessary pain for my own peace of mind.

That one, well, we didn't really need it, at least while it was still good.  It was in his foot and in spite of a lot of taping, he did manage to work it loose and out before it was needed.  But when they came to put another one in, it went in with one poke and no tears.  Hey, I'll take my victories where I can get them. 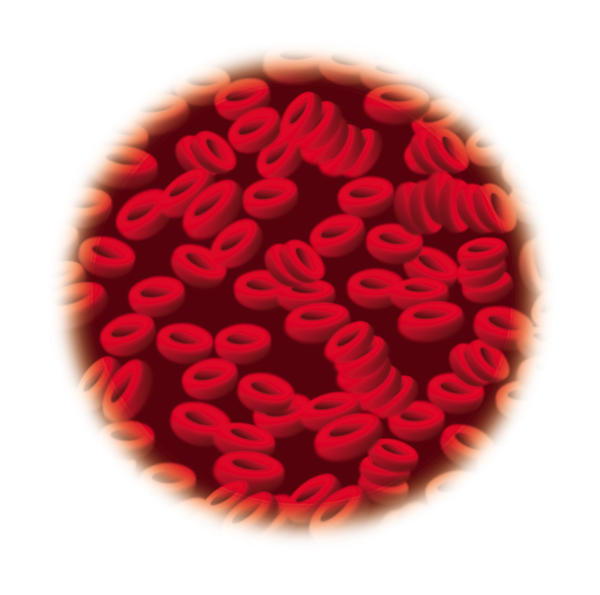 Now, here's the part about how we're not going to be heading out right away, and where I guess my intuition was at least partly right.  And where maybe (but really hoping it's not) the pit in my stomach has been coming from.  Among other labs pulled, they pulled blood cultures.  This is where they check blood cells to see if there's any infection growing in the blood stream.  The hope is that they just sit there, not growing, just being boring.  But apparently Aaron doesn't do boring.  They're growing.  And they're growing a particularly nasty bug called staph.  It's possible, and we're hoping, that somehow the sample got contaminated.  The strain that's growing is pretty common to our skin.  But the problem as the lab sees it is that usually it takes at least 36 hours for a contaminant to start growing.  His doctor was notified that staph was growing at just under 20 hours.

So they quickly repeated the culture and we hope to not see anything tomorrow or the next day.  But that IV that I wanted?  Yep, it's being used now for some pretty strong IV antibiotics.  Because if he does have a staph infection in his blood, we don't want to give it another 24 hours to grow stronger before we start trying to kill it off.  Because blood, you know, it kind of travels throughout the body.

You know, sometimes it would be nice if the Mommy Intuition was way off base.  Sometimes I think being wrong, really wrong, might be okay.  Being right can be way over-rated.


Sometimes there are no explanations.
All you have to do is follow your heart and hope you made the right decision.
-Anne Frank
Posted by CompatibleWithJoy at 9:32 PM