Aaron's first day of school was yesterday, and boy, he was excited!  He was so excited to go that he woke up chattering at 4:00 a.m.  Um, yeah, school doesn't start quite that early.

The day before was the "get ready" day.  Because his PICC line was gone (yea!) he could have a bath. He also needed a haircut!

Like most of his brothers, it wasn't on his list of favorite activities.  He did okay with the haircut, but then to have a bath too was just adding insult to injury.  We did that as fast as possible and he just sobbed.  Poor kiddo. 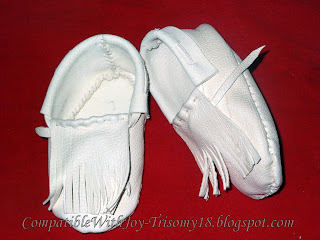 Then there was the matter of shoes.  See, even with his foot surgery almost two years ago, his feet are kinda different shaped.  They still curve out a little and they are WIDE.  I call them his Flintstone feet.   Yep, not going to be finding shoes that fit him.  But I wanted him to have shoes for school.  He's never really had any that fit him, so he's always just had socks on.  Daddy to the rescue.  He whipped up a pair of very cute moccasins Monday afternoon for Aaron to be able to wear to school on Tuesday.  Can you believe how adorable these are?

Then the big day arrived.  The smiles that we got yesterday, and again today, when it was time for the bus.  He was sooooo thrilled!  Me, well, not quite so much.  Oh, I was very happy for him, and I felt like he was in good hands and would be well taken care of.  But this was hard!  The last time I remember it being hard like this was 17 years ago, again the day after Labor Day, when his oldest sister started Kindergarten.  Same kind of story.  She was excited and thrilled and couldn't wait to get started. I wasn't so sure I was ready to let go. 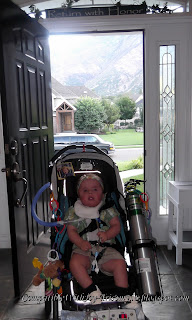 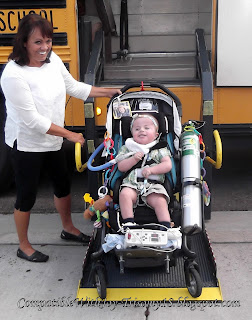 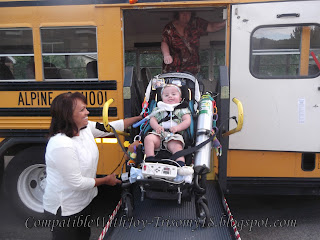 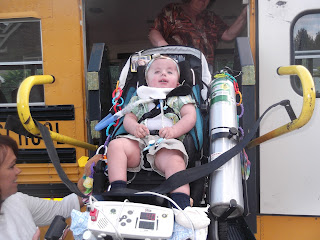 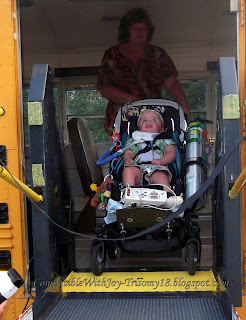 But I did then, and I did again yesterday.  It was weird, so very weird to not have the noises of his machines.  And I would start to take a break from working to go check on him, and remember that he wasn't here.  It's a good thing I had several errands to run, a kitchen sink to fix, and a truckload of work from the office yesterday.  This being without him every morning is going to take some getting used to. 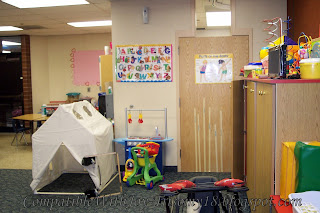 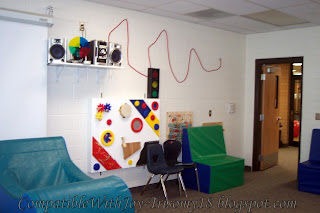 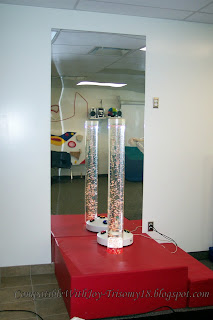 But as I figured, he had a wonderful time at school.  His nurse has reported back that he like the words and such, but he LOVES pictures and people and the sensory room there.  That's my little man.  And I think we'll be bringing back the afternoon naps now...

Education is not preparation for life; education is life itself.
~John Dewey
Posted by CompatibleWithJoy at 2:25 PM