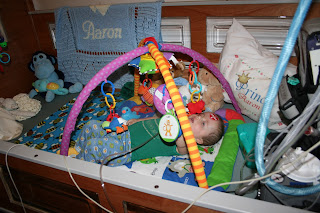 Ta-da!  Here it is!  Aaron is loving all the room in his new bed.  I'm loving that he can move around and play freely when awake but we can easily raise the head of his bed when he sleeps so that he doesn't drown himself when he shifts.  Also, doing his cares in this bed are SOOOO much easier on the back.  It can actually raise up almost to elbow height!

This was how I originally envisioned his room.  The vent and humidifier would stay on the table at the top of the bed.  The concentrator and wheelchair would be at the bottom, and his stander would be between the little table and his shelves.  It didn't quite work out that way, but at least I had an idea of where to start, right? 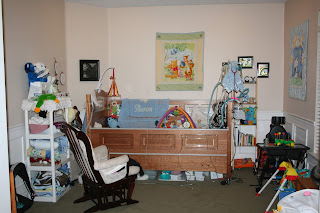 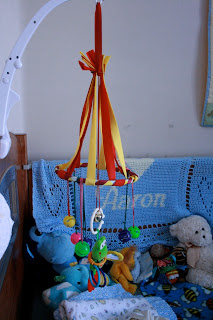 A close up of the mobile.  He's already managed to tangle it up a few times.  I think that means he likes it. 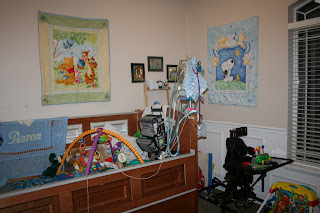 Taken from the entryway, towards the foot of the bed. 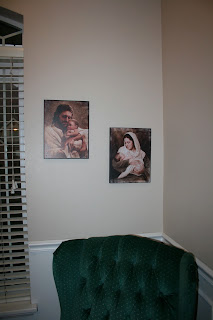 Hangings above the corner chair. 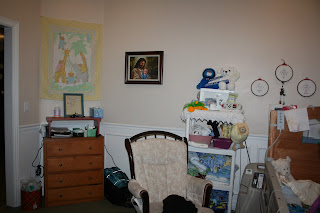 From the foot of the bed, looking back toward the doorway. 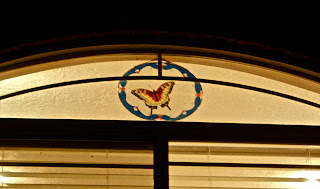 A beautiful butterfly hanging he was given for his birthday.  I love the way it sits in his window, a reminder of all his angel friends.


Growth is the only evidence of life.  ~John Henry Newman

Thankful Thought:
November 8th:  I'm thankful for a son who works hard to organize his time and efforts to keep up with school, exercise well, and care about his friends.  You're awesome, Jonathan.  Love you.


Posted by CompatibleWithJoy at 2:03 PM