It's all about Time.  That seems to be what Aaron wants and needs.  And what he needs, we try to give him.  No different here.

Not much change, but at the same time, I think some important changes.  We're still pulling junk out of him, he's still struggling with his breathing treatments. (By struggling, I mean needing 100% oxygen and having a hard time maintaining adequate saturations.)

But they've also decreased his ventilator support to very close to his home settings (minus the oxygen needs, of course). 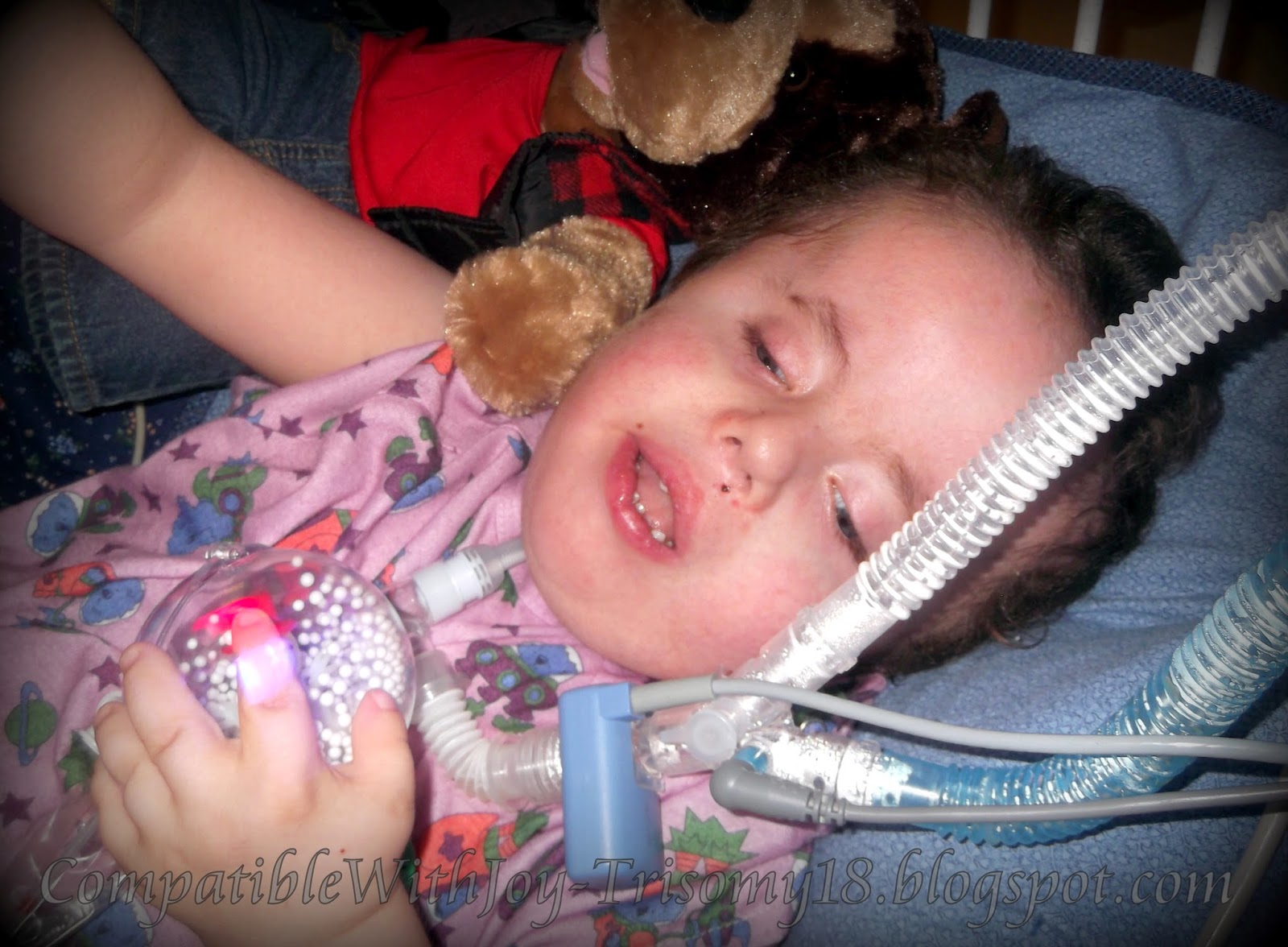 He slept AAAALLLLLL day yesterday, which did worry me a little bit.  I figured that the next 12-18 hours would tell us if that was a good sleep, or an "I'm so exhausted, this is not going well" sleep.

Actually, it only took about two hours to show us.  It was a good sleep.  He then played AAAALLLLL night.  In fact, at 2:00 a.m. I informed him that even if he didn't want to sleep, I did, and I took away the noisy toy he was playing with.  He grinned and started playing with the quiet ones.

So he's also slept quite a bit today and I think he's getting ramped up to play with the night staff again. 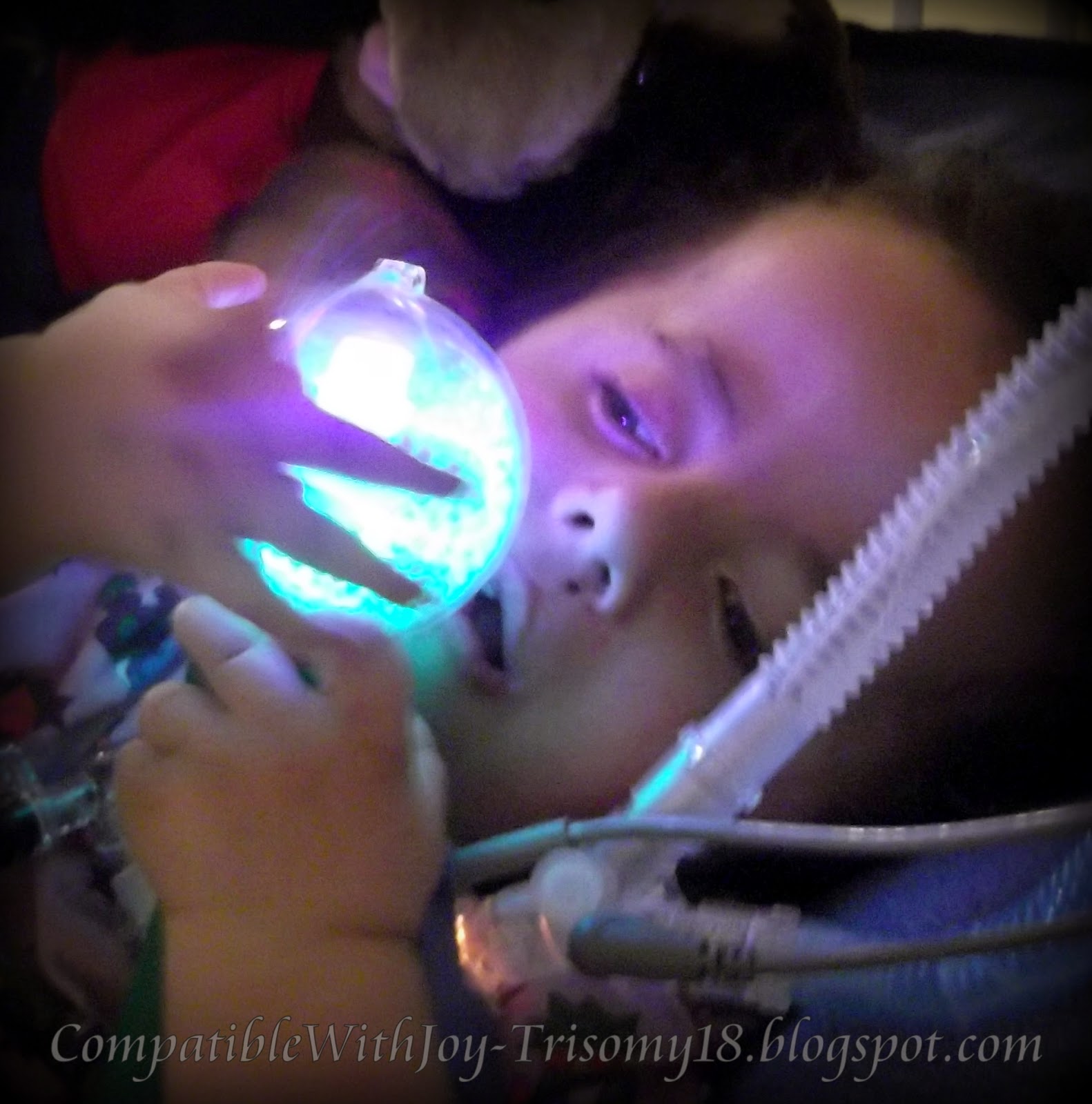 We've got quite a ways still to go before we can go home.  He's only on 65% FiO2 right now, but he's sleeping.  When he's awake it's closer to 85% (except during treatment when it's 100%).  He needs to be consistently below 60% and closer to 50% before we can try to switch back to his home ventilator from the ICU vent.  And then we'll have to work on getting him lower  from there to where we can go home.  It's not going to be happening today or tomorrow, but maybe by early next week???  We can hope right? 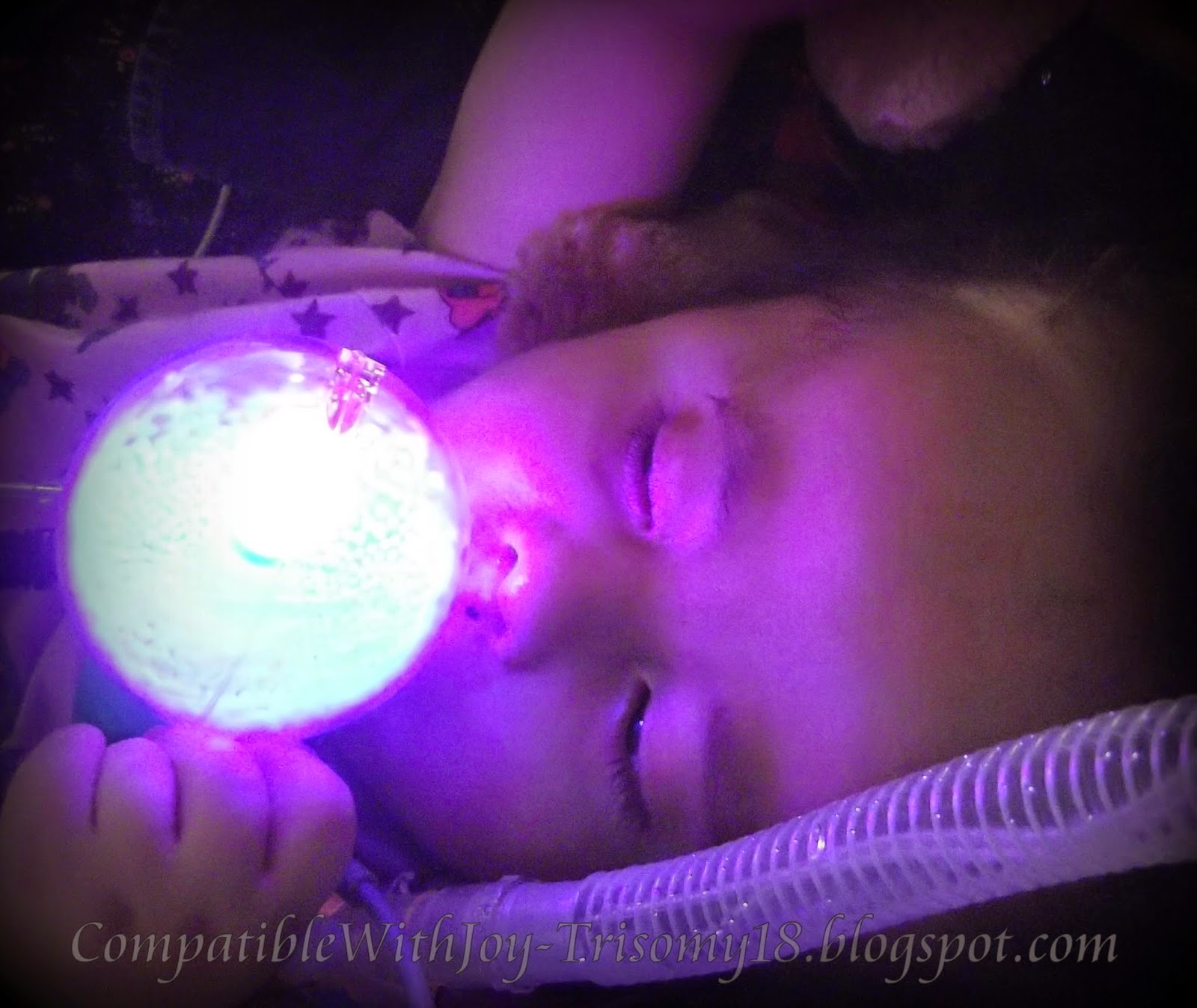 Anyway, he is having fun.  A friend even brought by a really fun toy for him that we'll get out tomorrow. 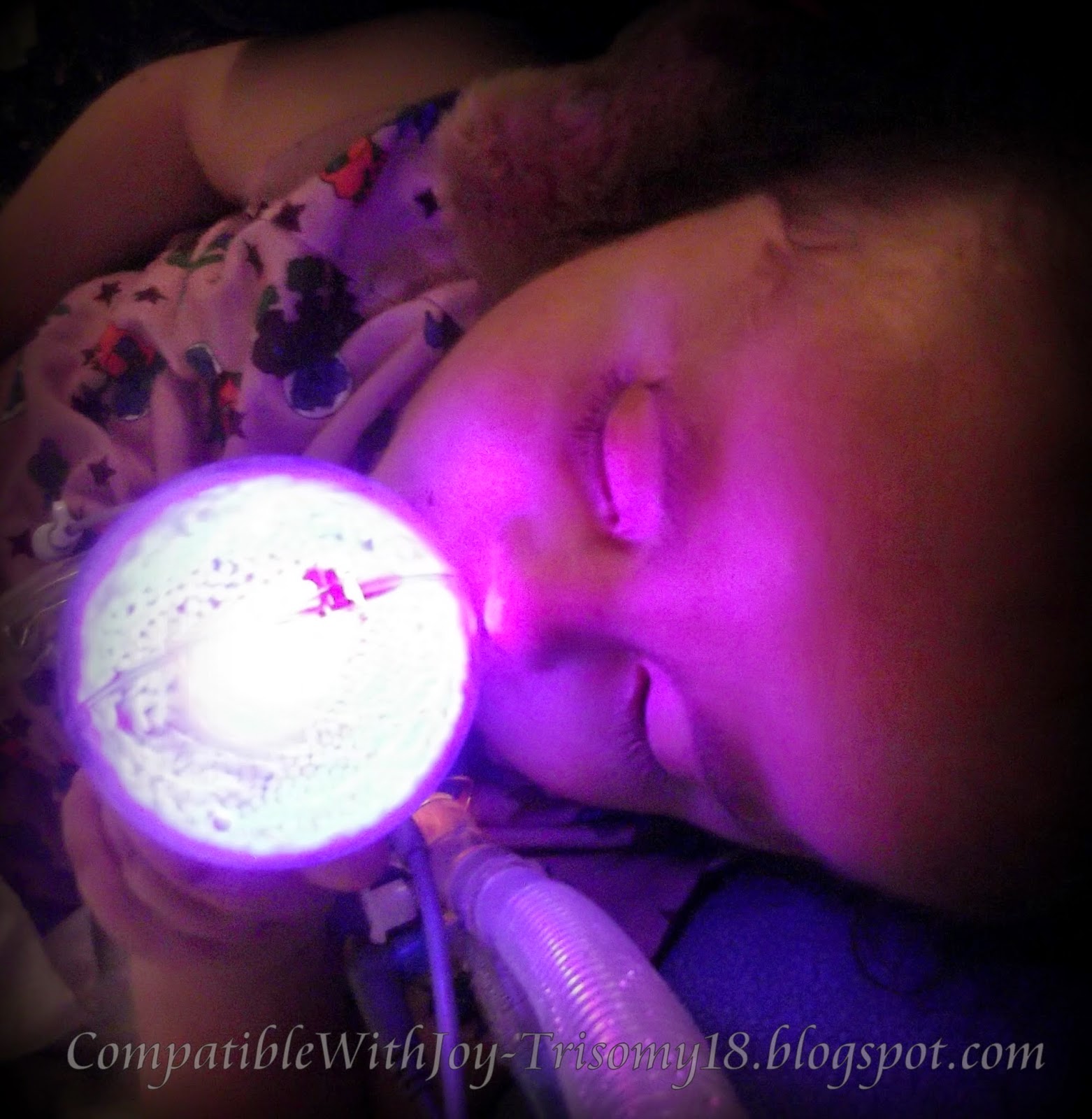 Santa's helper dropped off a couple things yesterday, and when he woke up, he was fascinated by the snow globe.  I love the look of wonder in his eyes.

“I am beginning to learn that it is the sweet, simple things of life which are the real ones after all.”
― Laura Ingalls Wilder
Posted by CompatibleWithJoy at 7:34 PM