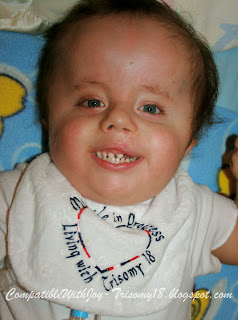 Aaron has been doing so well off the ventilator that I started to think it might be clear sailing ahead.  Shouldn't have thought that.  Shouldn't have gone there.  See, it probably shows that I've never trained for a marathon or anything long-term endurance wise.  We've had a bit of a set-back.

Usually, we increase his time on Sunday.  Monday and Tuesday are more difficult.  By Wednesday, he's settling in, and by Saturday, no problem!  Not so much this week.  He continued to have trouble all the way through.  And on Friday we went to do labs to measure exactly how he was doing.  The answer?  Not so great.  But I already kinda knew this because he was needing a lot more oxygen as well.

Plus, he might be catching a bug.  Or it might be the weather change.  Who knows??  It's the way we roll around here.  Friday night into Saturday we had to cut each one of his trials short.  So on Saturday the decision was made to just give him a break and let him rest.  We're not going to do any more trials until after I recover from my own surgery this week.  It's just not worth it to be stressing his little (but getting bigger!) body.

I don't know exactly what it is, but he's still a bit junkier in his lungs.  We had to use albuterol to open him up yesterday, the first time we've done that since the fires in July.  But he sure was happy at church!  He was grinning and wiggling and setting off tons of alarms!

So for now, we're taking it easy.  Then next week, after I've recovered some, we'll start trying again.  I'll back him up a little and we'll go from there.  It may be (very likely!) that we've hit a plateau.  And it's certainly possible that we've hit the limits of what his lungs can handle.  So this week we'll rest, regroup, and come back and rework the plan. 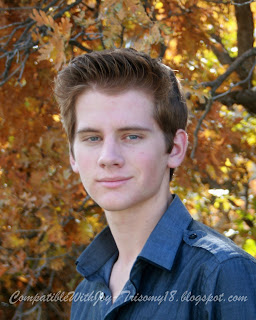 On another note, I decided it was time to get pictures of the boys this week to update the wall.  Most of them turned out pretty good.  (The three older ones who've graduated get to be "Forever 17".  I'm probably not updating those.) 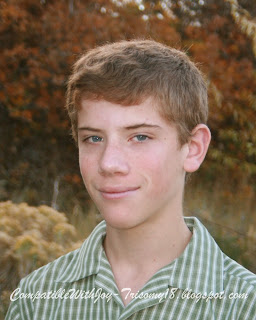 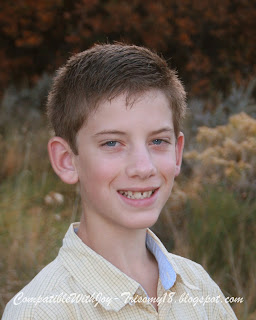 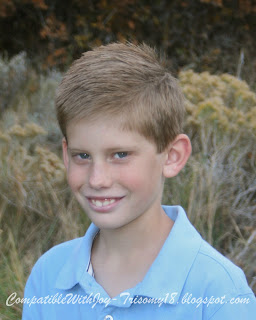 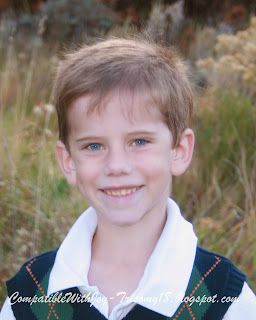 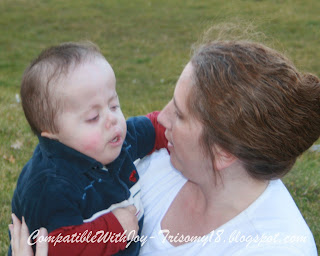 Aaron, well, let's just say he's not always reading from the same script.  The first time we tried, he wanted nothing to do with being outside.  He was tired and just wanted his bed! 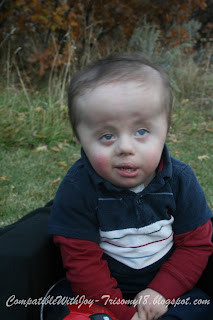 The second time, if he was smiling, and there were some good ones, he wasn't looking at mama.  And he got tired of sitting up pretty quick.  I'm afraid I may be out of good weather to get outdoor shots, so his may have to be done inside. But it was sure funny to watch him! 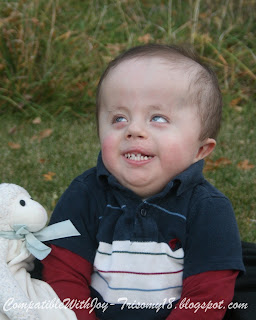 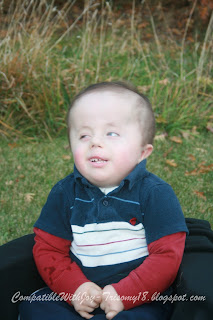 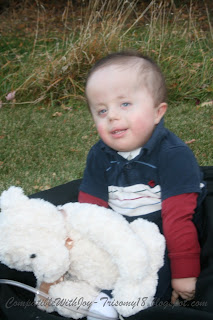 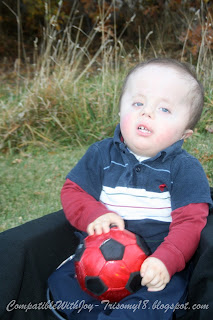 On another note, we spent all last Sunday up at the hospital because I couldn't get the sore on his g-tube to stop bleeding.  And yes, I know how to stop a bleeder.  But after 20 minutes of dark red blood pooling and running down his stomach, and it had gotten a little worse every day since his last treatment four days earlier, it was past time to do something.  So away we went.  They used more silver nitrate to help re-cauterize it and we tried again, to be gentle.  This time it seems to have worked.  The bleeding has been a little less each day and yesterday I was actually able to clean the area fairly well (haven't been even touching it if possible) without any more blood.  So hopefully, that's behind us now.

Mary and David got all their dental work done for their missions last week.  David's was fairly minor as he only had fillings and one wisdom tooth that had already erupted taken out.  Mary had a much rougher time with all four impacted wisdom teeth needing removal.  Thank you so much for all the prayers offered for her.  The pain was really difficult to control at first, but once prayers were said, it was truly wonderful to see the improvement.  They're both almost done with their paperwork.  At the rate their going, we'll probably have mission calls before Thanksgiving.

My shoulder surgery is this Wednesday.  Please keep both Aaron and I in your prayers.  As long as the surgeon doesn't find anything unexpected, it shouldn't be a difficult recovery, about a week or two until I'm pretty much back to normal.  But Aaron has proved time and again that he can go from fine to struggling in much less time than that.  So please, pray that things go smoothly, and that he just enjoys having his nurses around 24/7 for the next week, and he'll be content to stay home and play.

Posted by CompatibleWithJoy at 10:53 AM