My Head Is Spinning

There is SOOO much going on right now.  We had a long visit at Primary's today where we saw Special Needs, Nutrition, ENT, Pulmonology and Respiratory.  Also visited with a social worker about his transition from Early Intervention to Preschool, talked with the clinic nurse about the same and adaptive equipment, and saw Wound Care about the granulation sore on his g-tube.  Then it was time for labs.  All in all, our appointment was at 10:30 and we didn't get out of the hospital until almost 3:00!

But everything went really well.  We have a plan for getting off the vent and some new supplies should be delivered tomorrow.  He also got a "speaking valve" to use, which will allow him to use his voice again.  Or at least, in theory it will.  We've tried it a couple times today and he is NOT going for it.  See, up until now, he's been breathing in and out through his trach, the hole in his neck.  This require him to breath in through his trach, but out through his nose and mouth.  It's going to take some getting used to.  Right now, he's at about 15 seconds.

If all goes according to schedule (are you listening, Aaron?) he'll be weaned off the vent right after the New Year.  It's really exciting to see it all laid out!  Over the next few weeks, he'll meet with Audiology, Endocrinology (for his thyroid), and Orthopedics to evaluate his scoliosis.  Yes, his spine curves, too.  Then, the beginning of December, he'll go into the hospital for a heart cath.  They'll insert a tiny tube up through an artery and take measurements of the pressures in his heart. 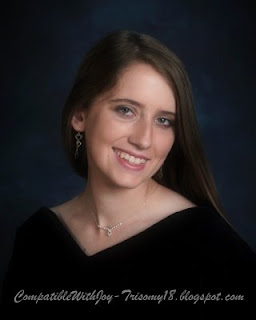 Then, there's me.  Mine is pretty straight-forward.  I go in for surgery on my shoulder in two weeks.  But that means that there is a lot to do in the meantime to get ready for it.

Which brings me to the head spinning part.  Conference weekend was this past weekend.  As always, it was a wonderfully uplifting spiritual experience.  But there was also a huge surprise coming.  When I got up Saturday morning, I didn't have any children who were missionary age.  By 10:30 a.m., I had three.  President Monson announced that they were changing the minimum age for young men to 18 and for young women to 19.  Deborah, Mary, and David all are older than that. So began a long weekend of talking and praying and pondering.  By the time they went back to school on Sunday night, Mary and David had both decided that they wanted to get ready and go as soon as possible.  So the bishop was contacted, and appointments have been set up.  Both went to the dentist today and found they need to go back next week for fillings.  David will have a simple extraction of one wisdom tooth (the matching one is just not there at all, lucky him).  Mary will have some fillings and then two days later will have all four of hers taken out.

And in all of this, I'm facing again the realization that the day is quickly coming when my children will be grown up.  And David and Mary both realize that when they go, they may be saying good-by to their little brother for the last time.  Given that Aaron has already defied expectations, I'm trying to not think about how this may be the last time I have all my children together, here on earth, under my roof at one time.  It's a little bitter-sweet, and a little scary, too.

But I wouldn't change their decisions if I could.  I know it's right for them.  It's a good thing.  And I know the Lord will bless them and our family.

“It's not so much that we're afraid of change
or so in love with the old ways,
but it's that place in between that we fear . . . .
It's like being between trapezes.
It's Linus when his blanket is in the dryer.
There's nothing to hold on to.”
Marilyn Ferguson
Posted by CompatibleWithJoy at 10:48 PM