Tomorrow? Or a Different Tomorrow? 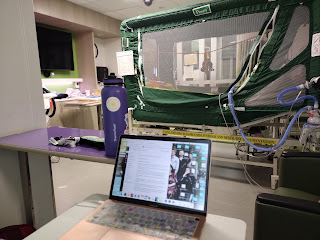 Home didn't happen today.  I thought we were pretty set for it.  Oxygen good, ears and eyes checked out.  All that stuff.

Except the GI stuff.  Yeah, that.

Mid-afternoon it reared its ugly head.  I was glad (sorta) that they could see it.  He started pulling at his belly, then fevering, then crying.  And more crying.  Clonidine helped briefly, and then didn't.  We did get that stool sample that GI wanted!  Could have provided enough for the whole unit! (TMI?)

And ended up back on 15 liters of the good stuff.  (You know, it IS his drug of choice.)

We finally had to give Ativan and stop feeding him to kick it.  So here we are.  He's getting Pedialyte continuously, the team has advocated hard for him to be seen tomorrow by GI, and we'll go from there.  I'm hoping that GI will be willing to go ahead and do his endoscopy, hence the holding of food until after they see him.  We've done the rest.  He's been on the Carafate they prescribed to help calm the irritation.  We've done the stool test although don't have any results back yet.  And what he deals with is just wrong!

I mean, he's an innocent kid.  They don't come more innocent or happy (except when he's dealing with significant pain).  And this has been going on since the end of August.  There has to be answers! 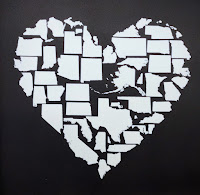 With the Ativan, he slept pretty much all night and most of the day.  It's 5 pm and he's just waking up and starting to play.  I may not get sleep tonight, but if he's happy, that's okay.  I got a nap.

Please pray that this little guy will get some relief.  He needs it.

We need to figure out how to support him.  He is only tolerating the most bland of diet and even with that has lost ten pounds in nine months.  Right now, that's okay, but it can't continue on that trajectory.

So the long and short is, we're still here, still needing care.

But for now, he's where he needs to be.

“The only way around is through.”
—Robert Frost
Posted by CompatibleWithJoy at 5:45 PM