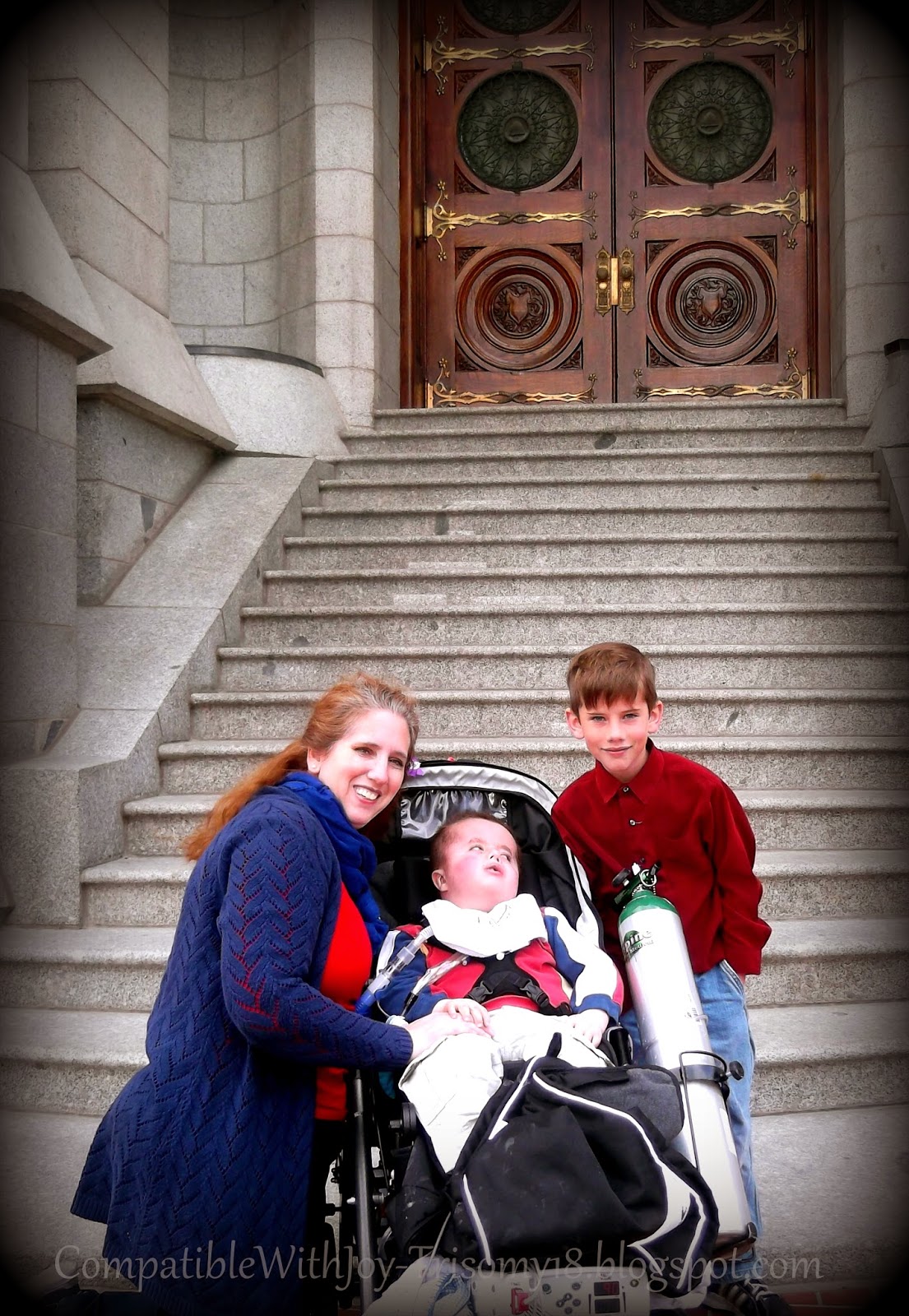 Last week was Spring Break, and a welcome break it was.  It's our last gasp before the race to the school year finish line.  William (Dad) took the three older boys who are still at home on a scout service trip to the Hopi Reservation in Arizona, leaving me, Michael and Aaron at home.

I have to admit, it was kinda weird.  We went from a house with eight (which already seemed a bit small) to a house of four.   (And Deborah wasn't around much either.  Totally stressed out with school and a ballroom concert.  She did amazing!) 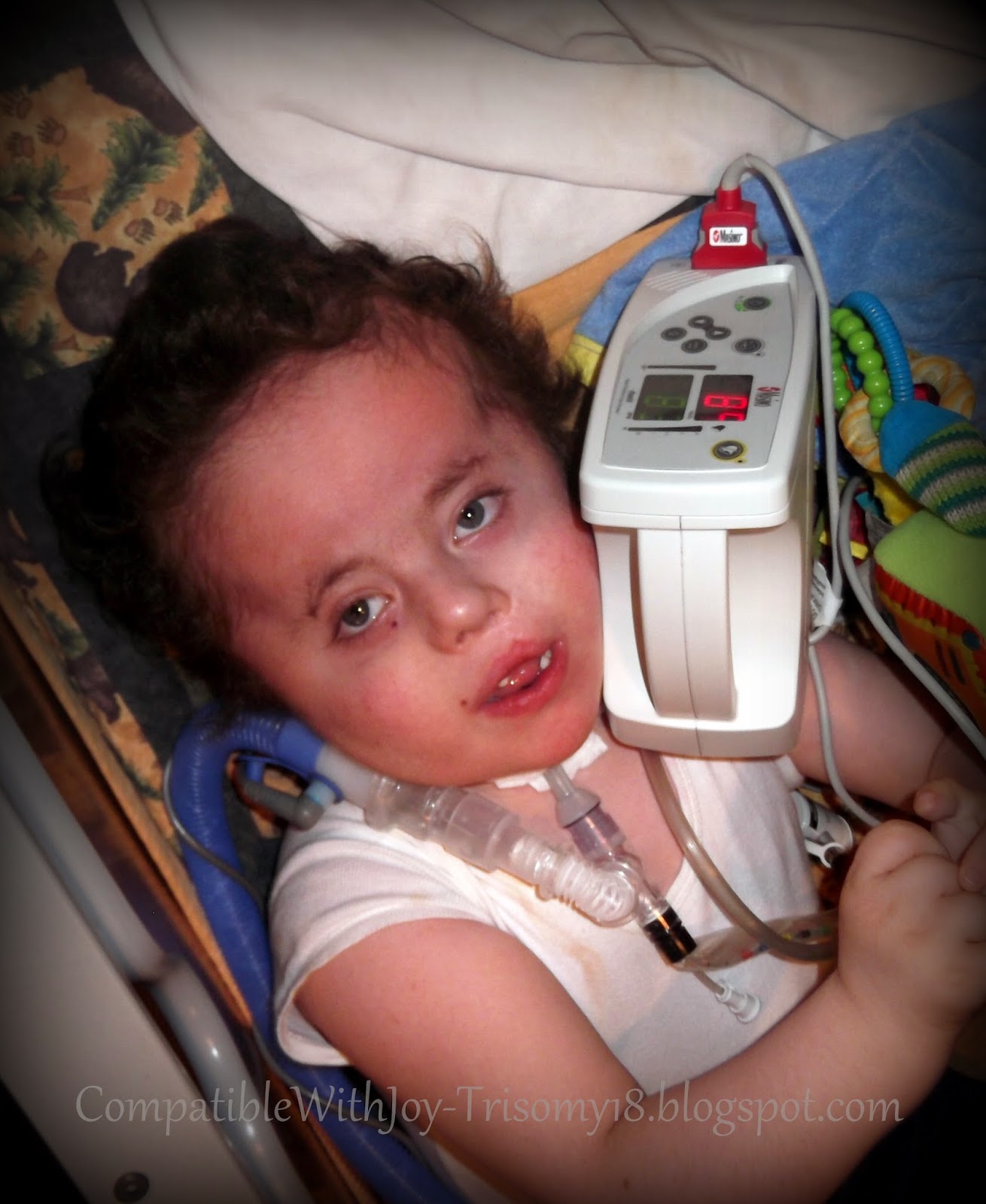 Anyway, for the most part, Spring Break was pretty quiet.  I'd hoped to get together with a  friend, but then her little girl got sick.  We'd planned to go to Salt Lake to Temple Square on Monday, but Aaron was being pretty crazy with his oxygen (and playing with his pulse/ox, too, silly kid).

I put in a call to Primary's but they weren't too concerned, plus he had a visit coming up on Wednesday anyway.  So on Tuesday, I decided to give it a try and get us out of the house.

I figured that if we went up to Temple Square and Aaron decided to be funky, we were almost all the way to Primary's anyway.  We put extra oxygen tanks in the car, and away we went.

I'm so glad we did!  It was a wonderful day, the flowers were so beautiful!!  We finally saw Meet the Mormons.  If you haven't seen it, I highly recommend it.  Wonderful film and not at all "preachy."  Although I have to admit, I didn't expect the Missionary Mom segment to hit me as hard as it did.  I think it was the combination of her losing her second child and then years later sending her oldest off on a mission. 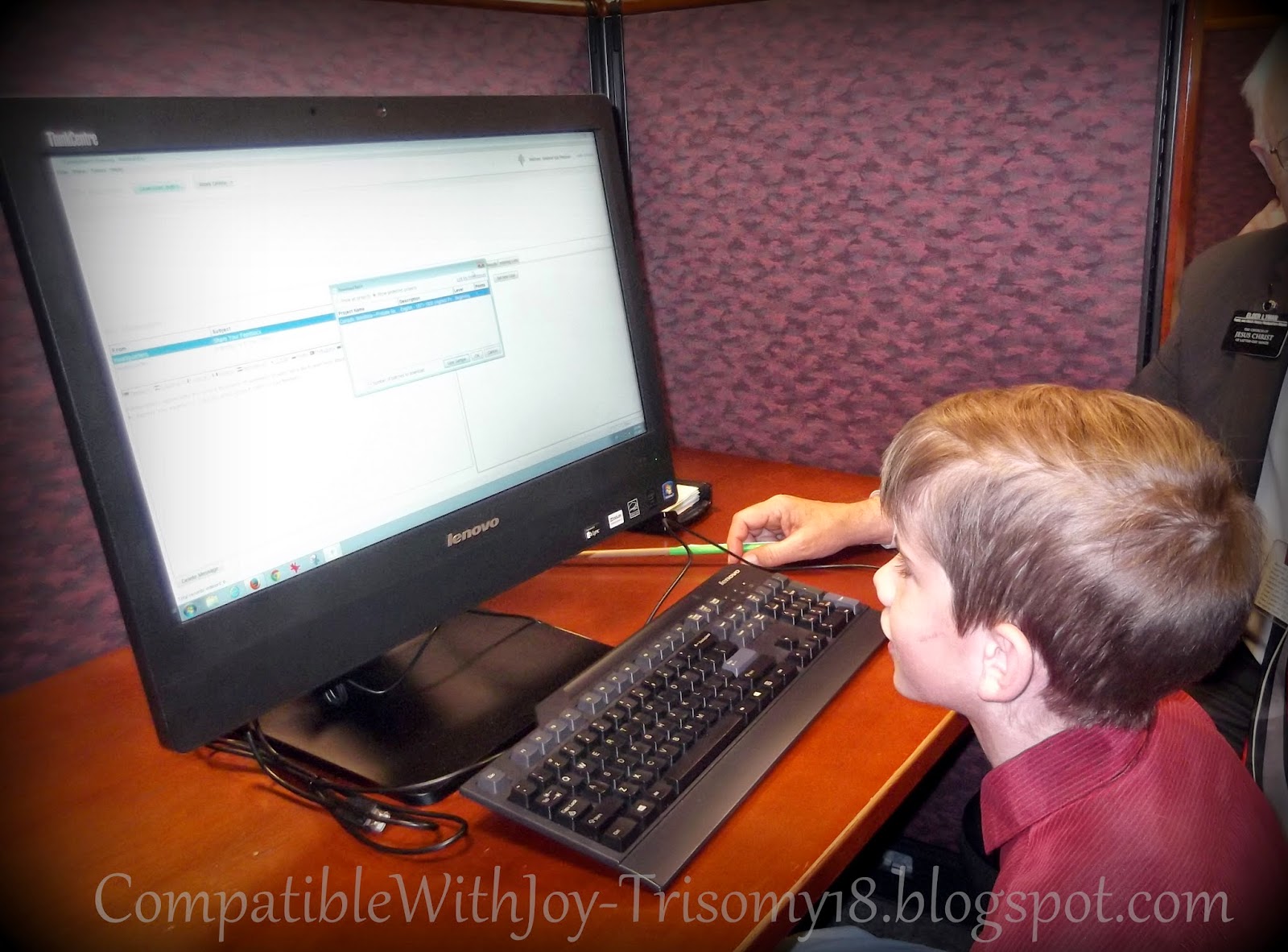 Michael wanted to do some indexing in the Family Search Center. (what eight-year-old wants to do that?  He's pretty neat.) 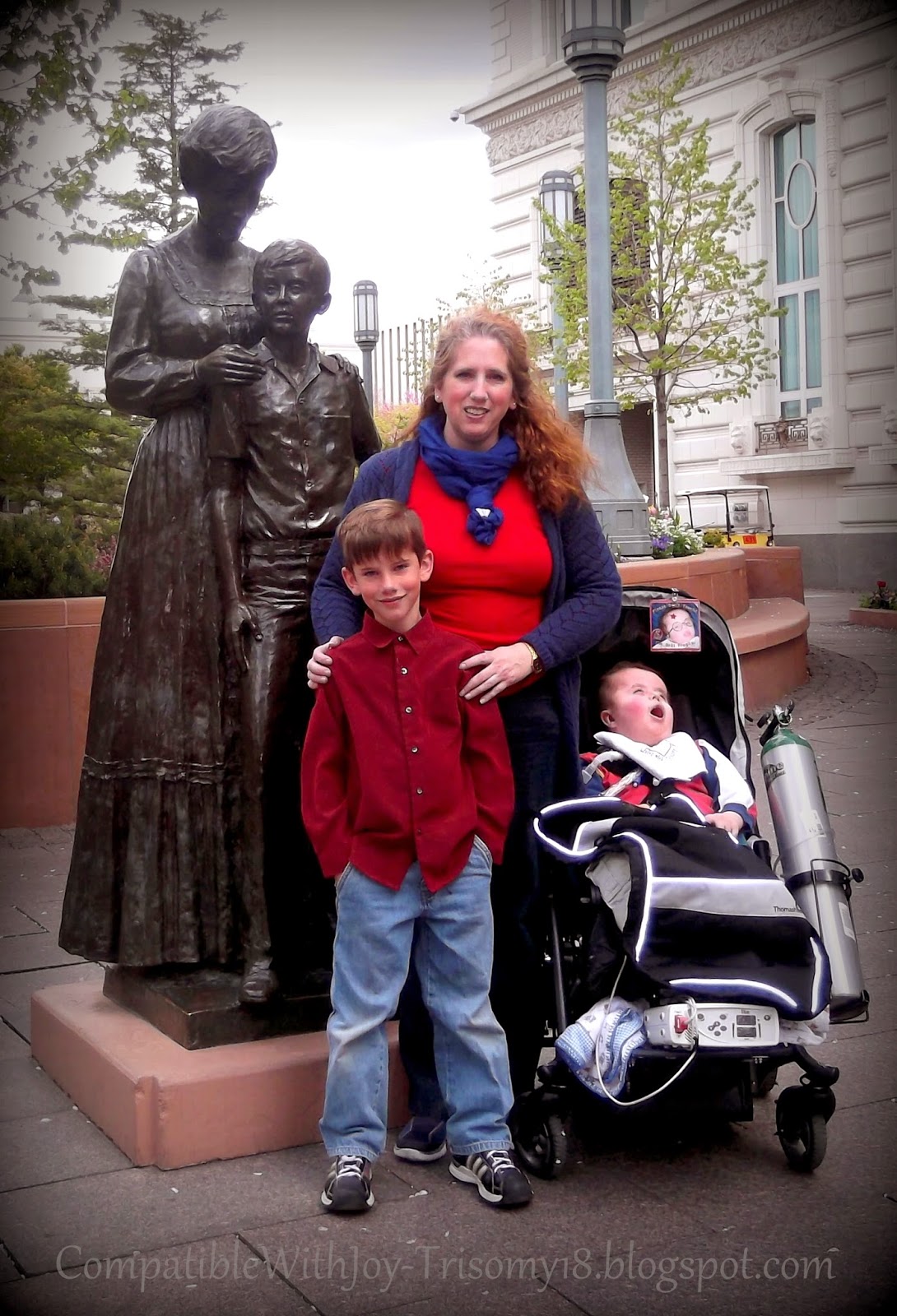 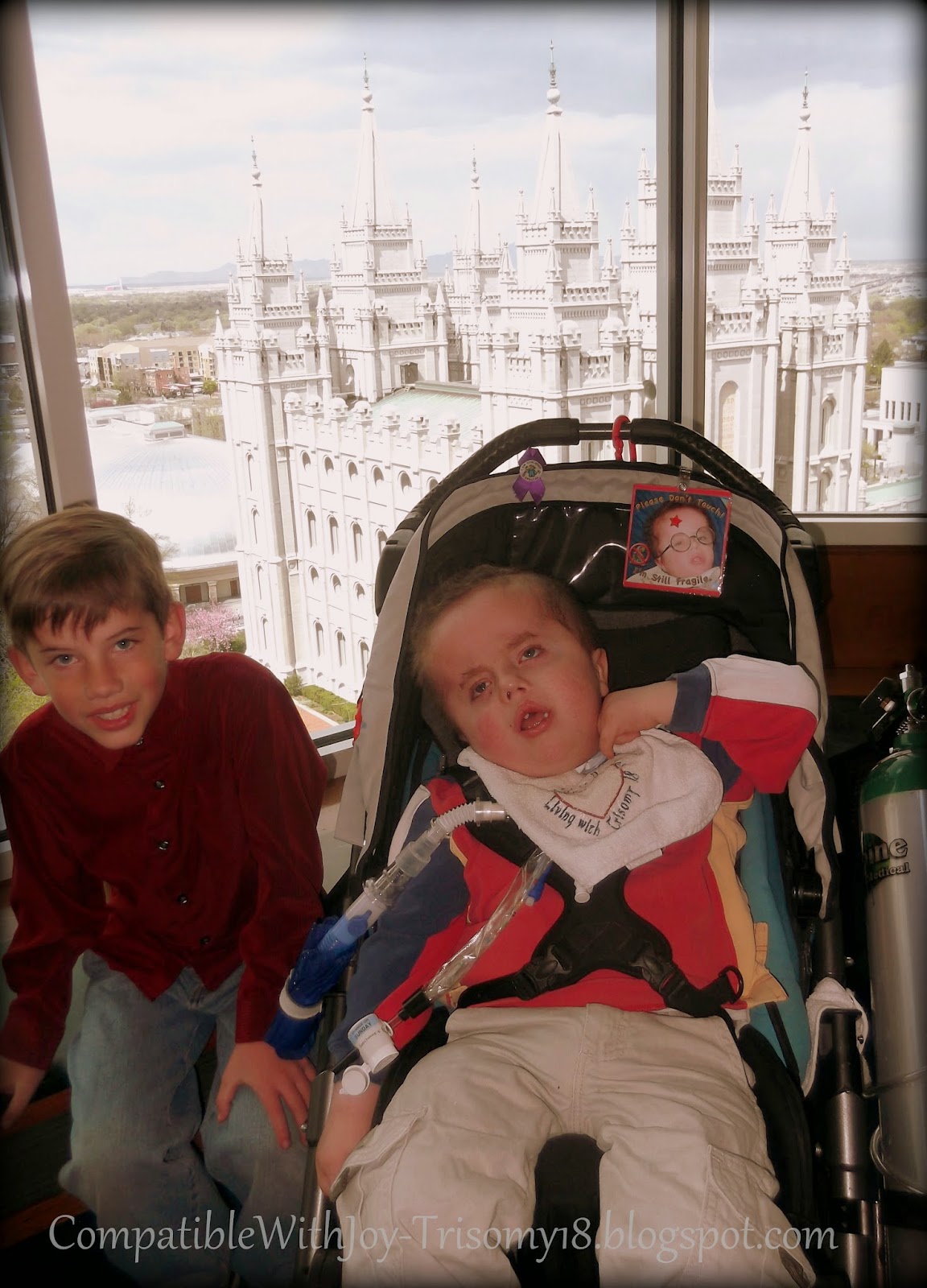 I love this statue of a mother and her son.  I am so grateful for the sons I've been blessed with.  They are true inspirations to me, all of them.  What lessons they've taught me.
We were able to spend about five hours up there before heading back home to try to beat rush hour.  And Michael, who wasn't all that thrilled with the idea of going in the first place, didn't want to leave.

Wednesday, we had our "all-you-can-eat" appointment at Primary's where Aaron sees several specialists.  Overall, the ones we saw were happy with where he is.  But pulmo, ENT, and respiratory all wanted to know when we were seeing cardio again.  He's had some stranger symptoms, or maybe not strange, but ones we haven't seen for a while.

I feel like I'm having to chose between his heart being happy, or his lungs.  I mean, seriously, they're right next to each other, neighbors.  Can't they get along??

Playing while waiting for his doctors.

So I've got a call into cardio now, and the nurse agreed that maybe he needs to be seen before our appointment the end of May.

See, he's been kinda weird on his oxygen.  It's just very unstable.  Sometimes he's awesome, down to 2-4 liters.  But just as often he's sitting on 6-8.  I've had to bag him a couple of times in the past few weeks. and he's not sick.  He's also been sweating more, and more tired.

BUT through it all his heart rate has been amazing.  So it's not like his heart itself is working harder.  I'm stumped. 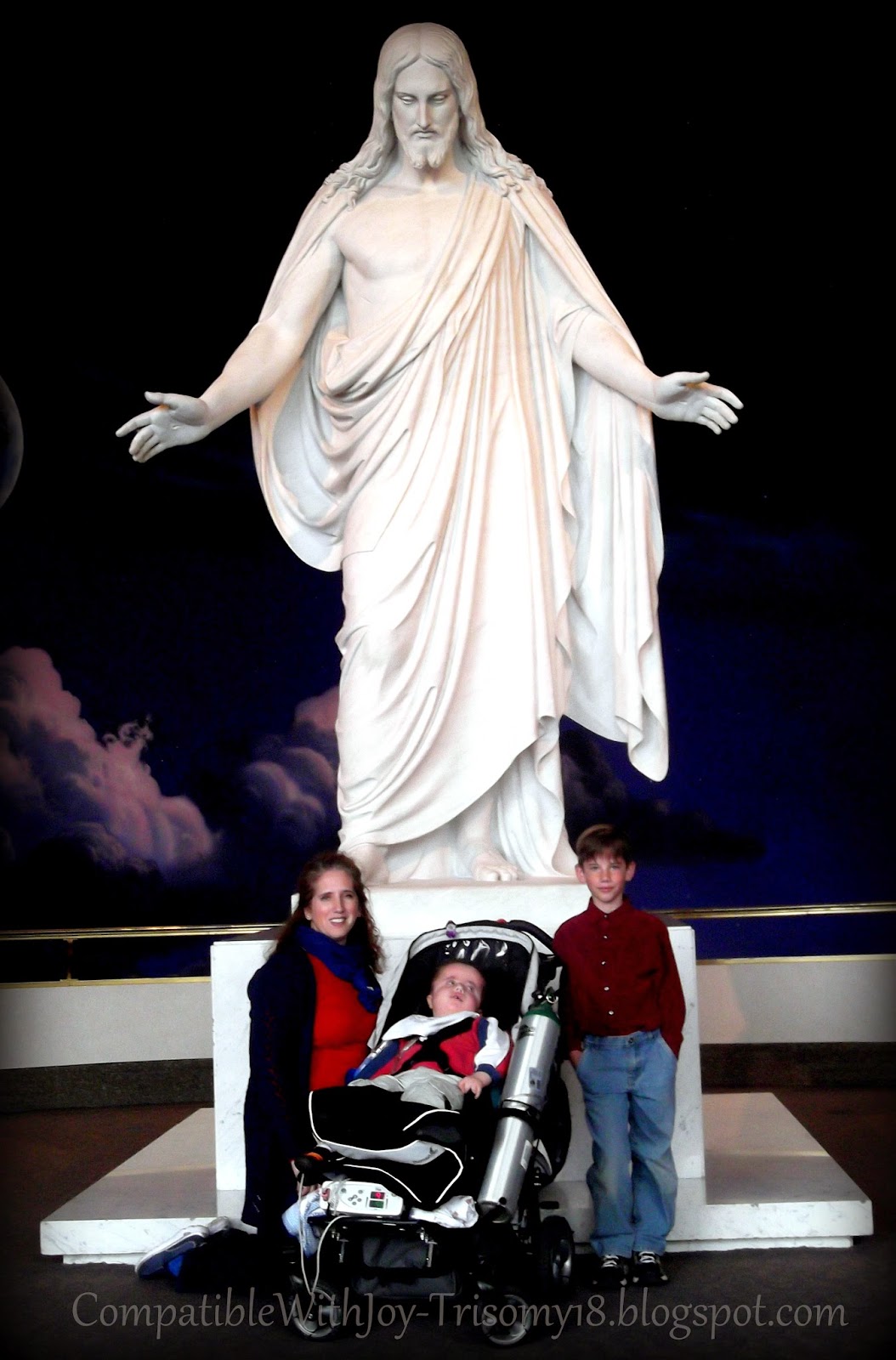 I also finally bit the bullet and called a number I've had for a year now.  It was Intermountain Donor Services.  I needed to find out if when Aaron does go Home, he could be a donor.  That was a hard phone call to make.  See, it wasn't hard to help our other kids sign up when they got their driver's licenses.  It's honestly not a decision I ever truly expect to have to face.  But we will with Aaron.

It turns out that Trisomy is not a reason to reject an organ or tissue, as long as it meets other criteria.  So depending on how he decides to leave us, his kidneys will probably be able to be a gift, and maybe his liver.  His lungs and heart are out, they're just too tattered already.  But his heart valves can probably be used.  That one really got me as I know so many women whose little ones struggle with exactly that.

NO, I didn't make the call because I think his time is coming.  But I felt like that was information we needed to have well before the decision is made.  But it did make me face reality for a little bit.  And now, I'm putting it away, and not going to think about it again until I have to. 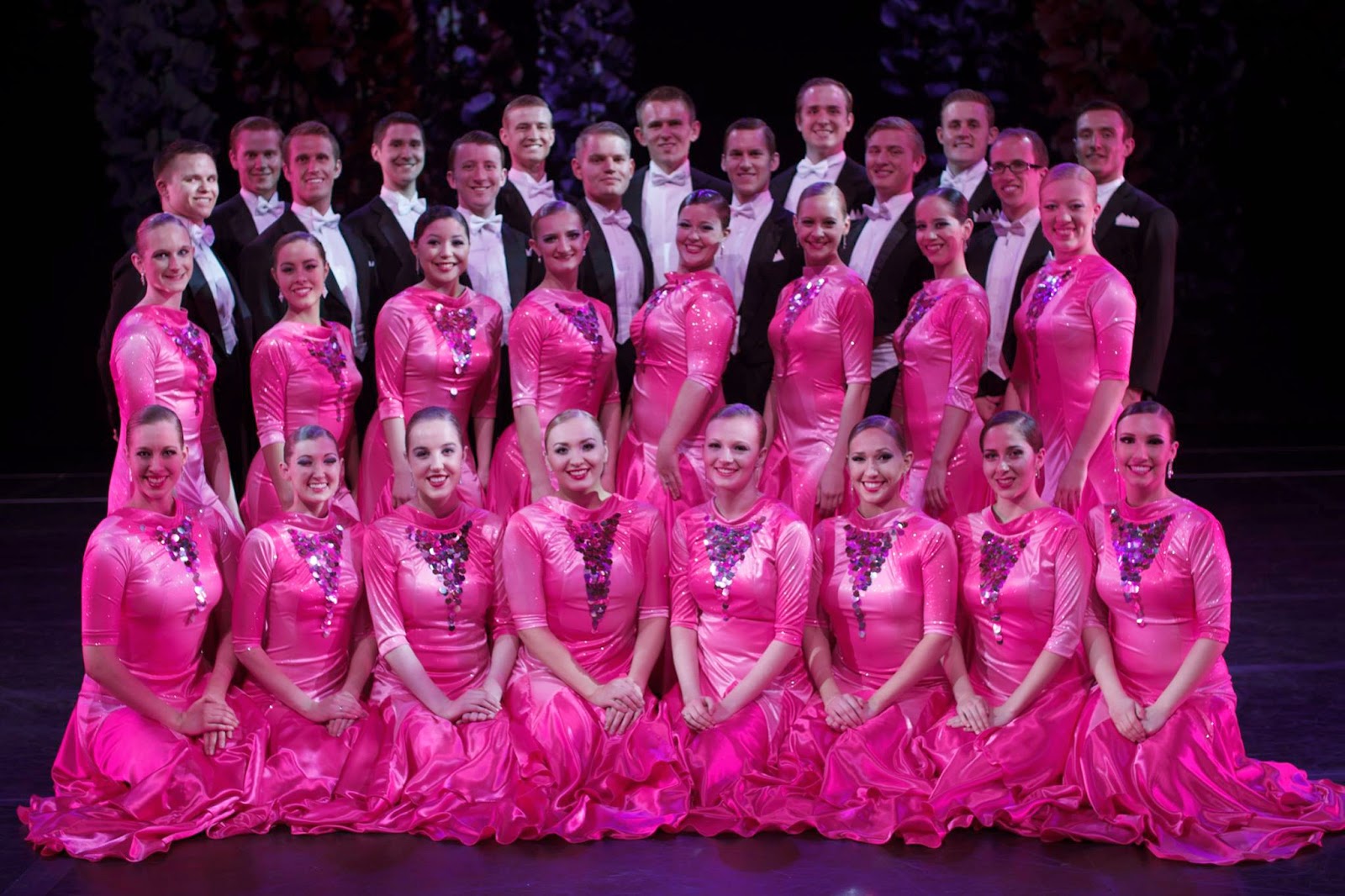 We had a couple more fun activities.  Michael, Mary, and I went to see Deborah dance at BYU in the Ballroom Concert.  So much fun!  We also got to see the movie Home with HopeKids on Saturday.  It was cute, fun message, but pretty weird, too.  Michael liked it though.

Then on Sunday, Aaron got to go to church with us!!  He's been grounded from church because of germs (and I have to say, there still seemed to be plenty there this week!) since last December.  But after Easter, we try to take him back. 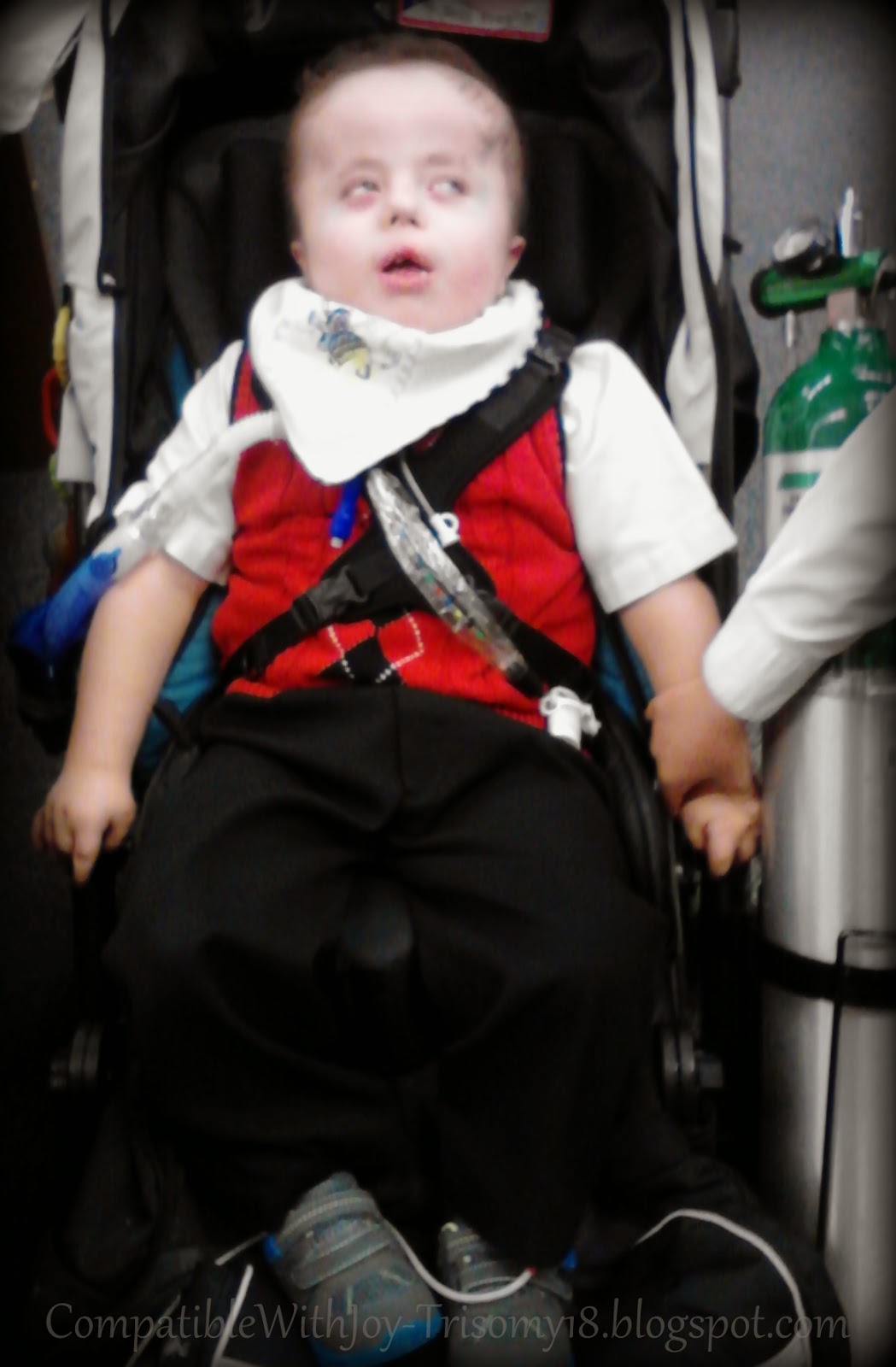 I went looking for some Sunday shoes for him, and couldn't find any that would fit him.  Then I remembered, I've gotten rid of the Sunday shoes Michael outgrows.  When you don't expect a child to live long enough to wear a size 5 shoe, there's no reason to keep them, and plenty of reasons to pass them on.  So he got to wear his tennis shoes to church.  This is a "problem" I'm so glad to have.

We're looking forward to his Kindergarten shots next month.  Another milestone I never actually even considered.  This little man blesses our lives so much.  So grateful to have him here with us.  And hoping for many, many more years...

Life stands before me like an eternal spring with new and brilliant clothes.
Carl Friedrich Gauss
Posted by CompatibleWithJoy at 2:32 PM