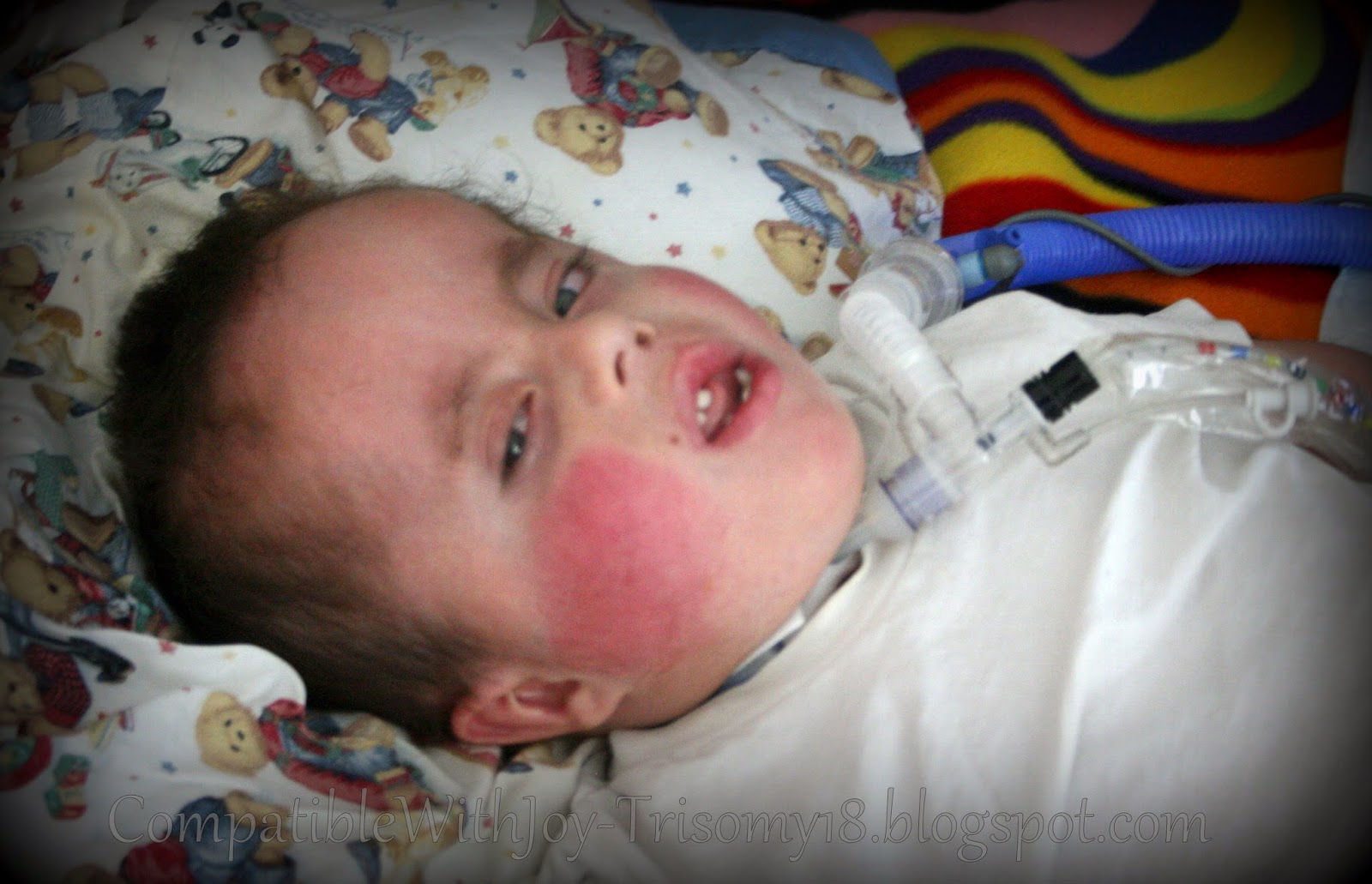 Today didn't turn out exactly like I thought it would.

Aaron has been showing some signs of not being as stable as we'd like him to be.  He's got an appointment with cardio at the end of May, but I put in a call on Monday to run things past them.  Dr M. called on Tuesday and agreed that we should do some tests.  He called in orders for labs and an echo.

We scheduled them for today, Thursday, and I arranged to take off of work.

Apparently, Aaron didn't want a field trip north after all.  When I got up this morning, his nurse said his heart rate had been higher all night than it usually is.  Not crazy, what's going on, high, but higher than we usually see when sleeping.  I decided that with that, plus his antibiotic nasty diapers, plus leaving school early for his tests, he'd just skip school today.

Two of his brothers had orthodontic appointments, so I left him with his nurse and went on the way.  She called shortly after we left and yep, he had a fever.  Poor baby was just not happy.  In fact, he really didn't move at all, just slept.  He's woke a few times, played for a minute or two, and then gone back to sleep.

And we're waiting to see what he's got in store for us.  No other symptoms yet, and his fever is still pretty low, just under 101.

So what do you do when your kid is on a bubble?  You try to get as much done for the coming days as possible.

David comes home on Tuesday after serving an LDS mission for two years.  We'll have a celebration with him on Tuesday, and then have friends over on Sunday after church.  So I made cakes that we'll put in the freezer.  (Still have no idea what else I'm serving.)  I called the office and arranged to only have work that I can do at the hospital, in case we end up there.  I made sure the laundry was not only washed but folded, bonus!

And I took his temperature and checked on him every 15 minutes or so.

See, it used to be that when my kids got sick, I'd try to figure out if they really need the pain meds, or if it just made them feel better enough to be cranky and not want to nap.  We'd put on movies to lull their brains into hibernation.  And we'd just hunker down. 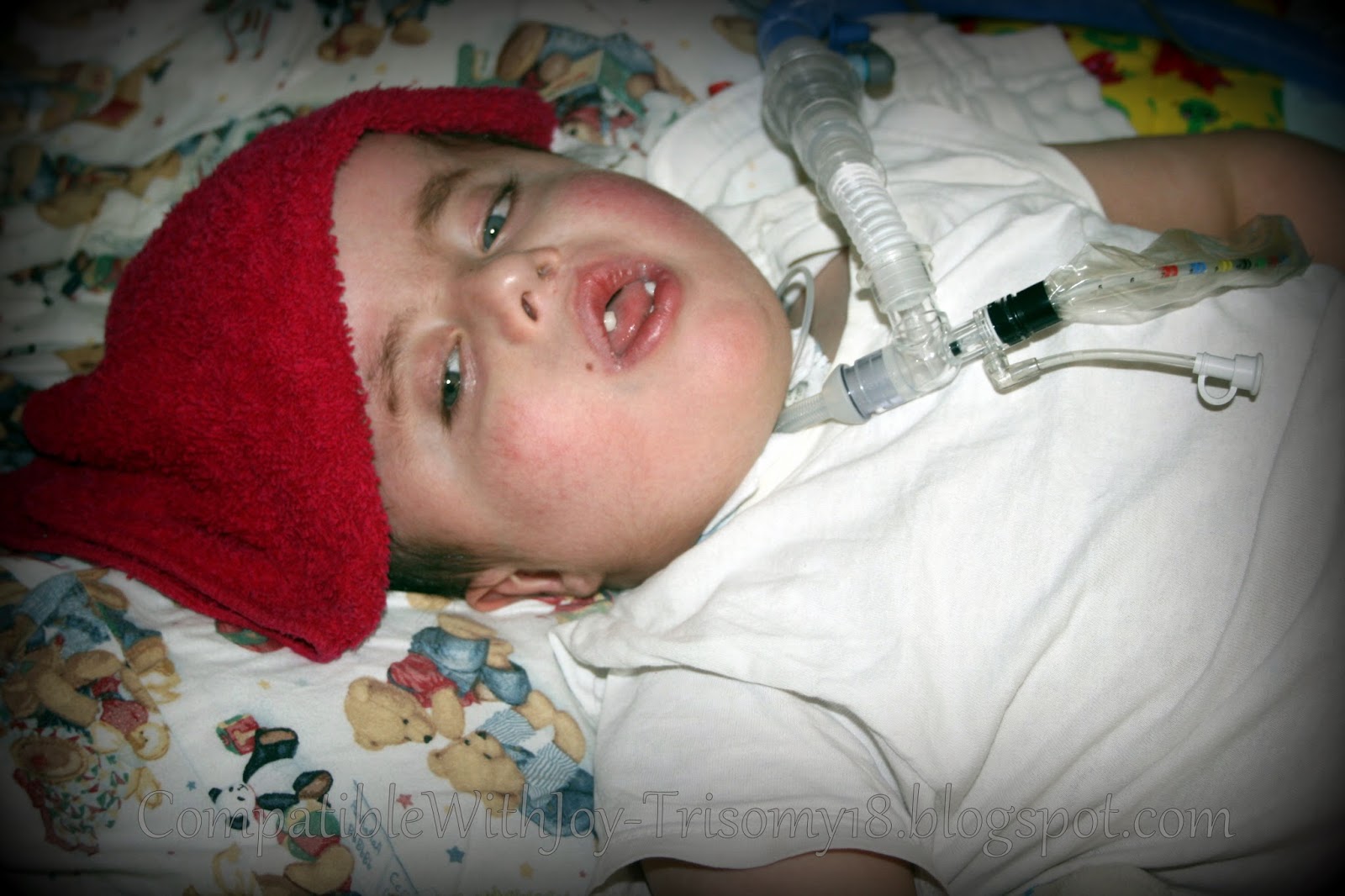 Now, I try to find things to occupy my mind, when all the while its racing, reviewing the past few days, symptoms, where things started, what things meant in the past, and how long we can hold out.  I make sure the hospital bag truly is packed (always is), and put plans in place in case we're leaving.  And I watch, I watch carefully, 'cause while sometimes we weather things at home, more often than not, he needs more than my own little hospital room can deliver.  And he can turn pretty fast.


Right now, he's hanging in there.  We're only on 4 1/2 liters of oxygen, totally manageable at home.  Fever hasn't come back and his respirations are okay.  But that high heart rate and his lack of energy, even for smiling, that tells me he's not anywhere close to done, and probably hasn't even hit the peak yet.

Here's hoping we get to avoid the Hotel on the Hill.  Which, by the way, is the most expensive hotel you'll ever check into.  $65,000 for our last 8 day stay, yikes!  And trust me, the amenities were a little less than you'd expect from a 5 star establishment.

Never a dull moment, although I wouldn't mind one from time to time.