Help from a Higher Source

It's been an interesting process inside my brain the last few days.  (Okay, "interesting" may be the wrong word.  Weird, preoccupied, totally obsessed might be better.) 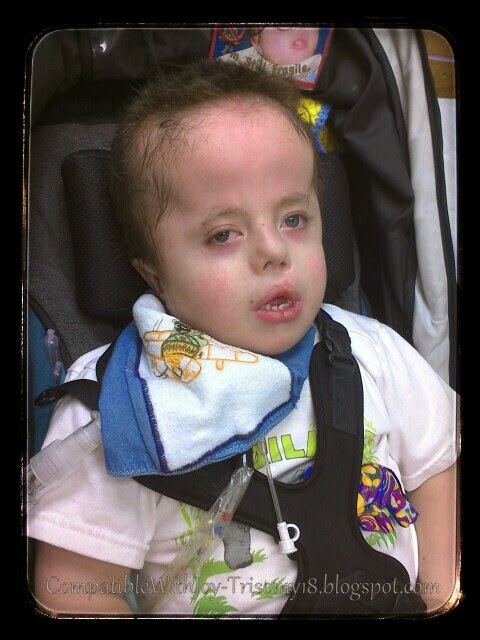 I mentioned last week that Aaron wasn't feeling good.  In fact, the poor boy has been downright miserable.  He'd been on some antibiotics for his ear infection, but then diarrhea set in.  And it wasn't quite what we expected from the meds, more like he was actually sick.  But since there were others in the house that were also sick, we figured that's just the way things were.

Measures were taken to make sure he didn't get dehydrated, and we hunkered down to wait it out.  Except, it was taking longer than I thought it should.  And he became more and more miserable.  I figured that was just what we had to deal with.

Then I was talking with Deborah Sunday afternoon and together we realized that hydration wasn't the only concern.  He could also be losing too much bicarbonate, making his body too acidic.  In other words, our bodies like a pH of 7.4, and a slide of much to either side is not a good thing.  In fact, it's very, very bad. 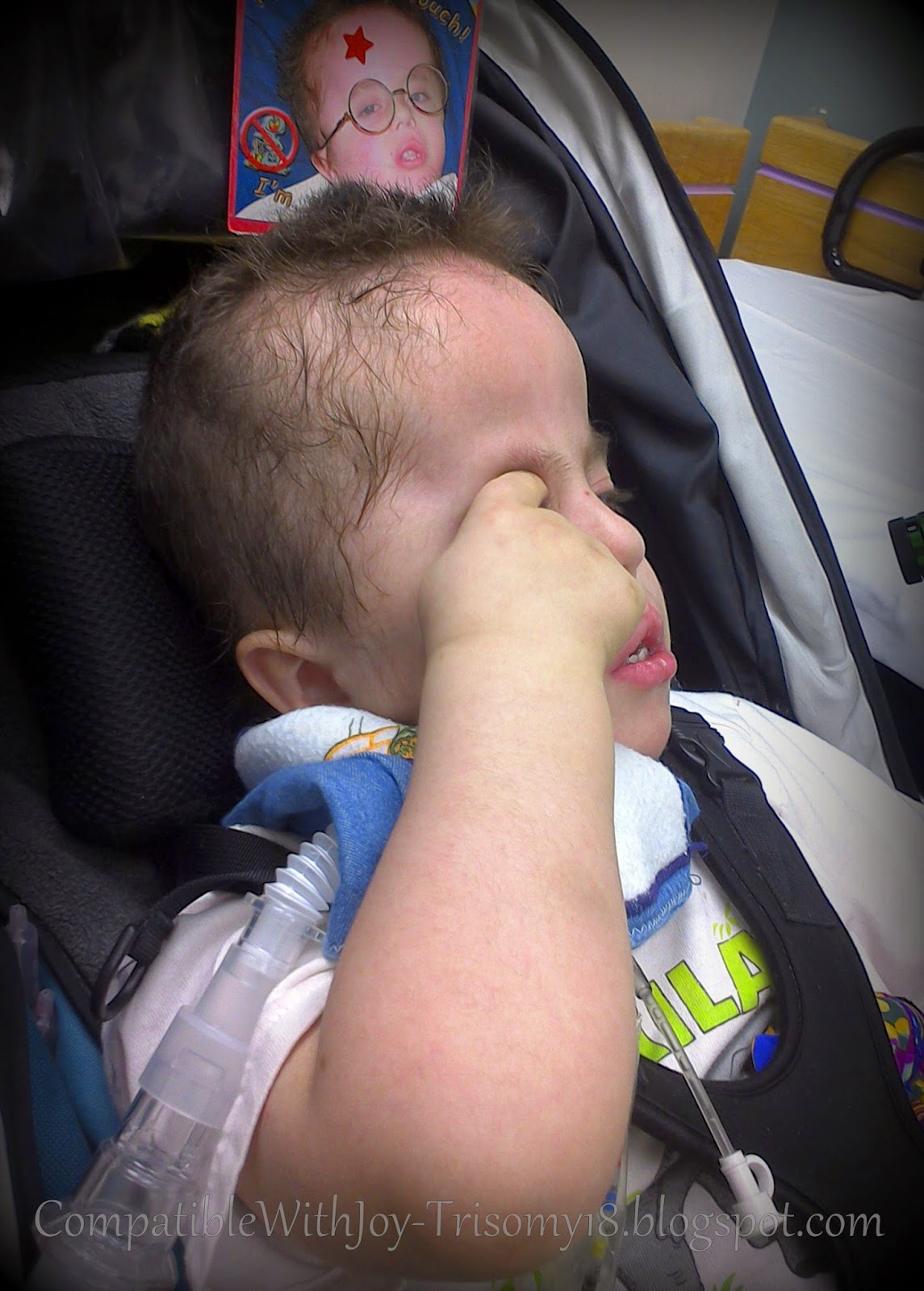 I took the boys to church (Dad was also sick, but with a cough) and she stayed with Aaron.  As I sat there, the topic was on personal revelation.  I have to admit, I really didn't hear much.  But as the speakers spoke about personal revelation, it's importance in our lives, I found myself more and more anxious about Aaron.  In fact, at one point, I left the meeting to page our pediatrician, to see if I could run some things past him.

I wasn't able to reach our ped (my phone was acting up), but I did reach a hospitalist at Primary's.

See, here's what was bothering me.  Aaron was sleeping almost all the time.  As in, he'd wake up for a few minutes, and then go right back to sleep.  No playing, and no smiles.  In fact, he was becoming less and less responsive in any manner.

So I put him in the car and hauled him north.  But then his labs came back not only good, but beautiful!!  And he perked up a tiny bit.  Not much, nothing like his normal (even sick) self.  Even the RT remarked how this was totally out of his norm.  So since we were there, they decided we should test for a lovely thing called "C.diff."   (If you don't know what it is, and want to, you can click the link.  But trust me, it's not fun.) 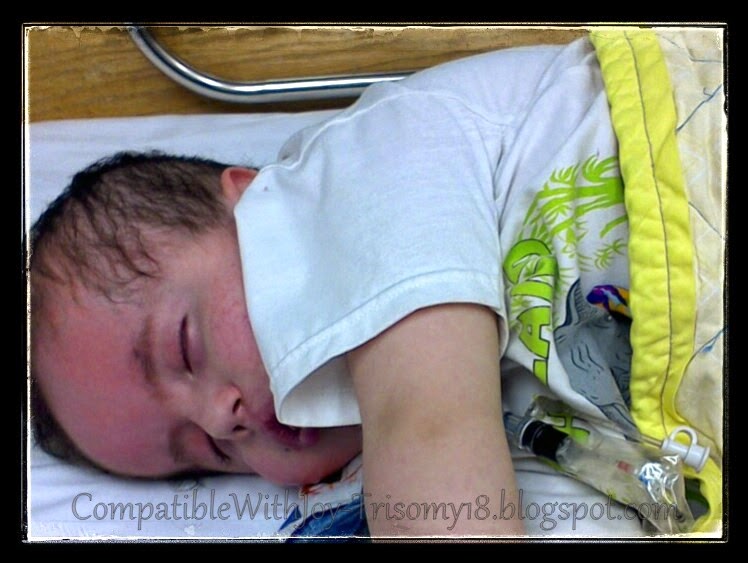 But the problem was, you have to have at least 5 ml of stool to test, which should have been a problem.  Except it was.  We waited over two hours for him to "go" but nope, not happening.  So we brought the collection container home, and he obliged 20 minutes later.

I was pretty sure he was okay.  In fact, by the time we got home, I was really wondering why I took him in.  And if he'd acted Sunday like he did on Monday, I never would have taken him.  No, he's not "all better," but he was more playful, more awake, and smiling, at least some of the time.

And I really began to wonder why I'd been so anxious.  I don't think there's been a time that I was that anxious that there wasn't a problem.  I mean, was I missing something?  Had I just managed to work myself up over nothing?  It sure looked like it. 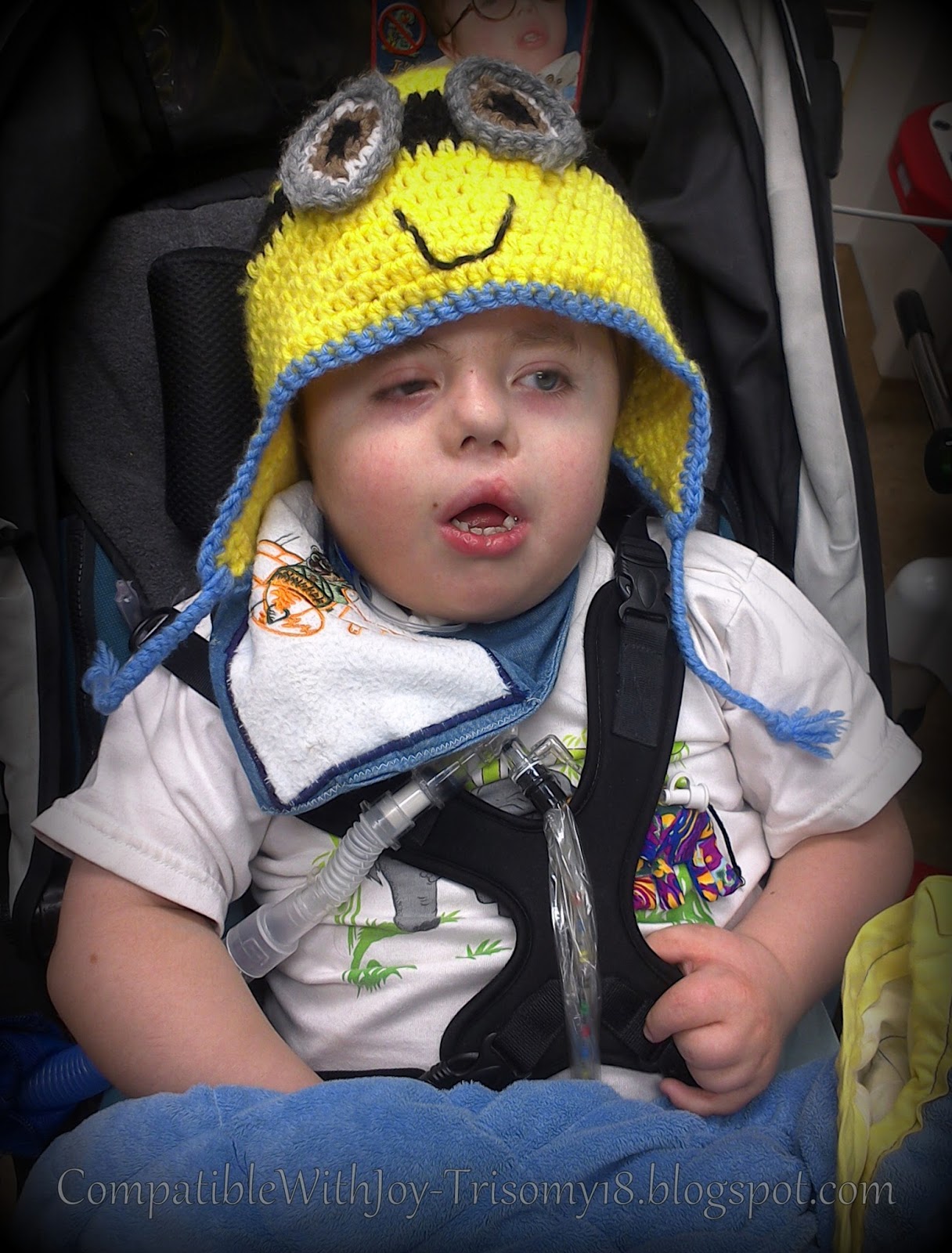 I dutifully called the ped last night to see if the results were back, and they weren't.  And then again this morning.  Nothing, and so I began doubting myself even more.

And then the ped called back.  He is positive for C.diff.  Which brings another whole host of challenges.  But I also knew why I was so anxious to get him up there.  We think the whole thing actually started going bad on Saturday night.  And if I hadn't gone on Sunday, I'd still be thinking we needed to just work through this.

And C.diff is not something to play around with.  But now he's being treated, and hopefully, within a few days, we'll have our happy, playful, HEALTHY (please??) bug back.

And my testimony of personal revelation has been strengthened again.  I may not have known why he needed to be seen, but Someone else did.  And He was watching out for us.

“Experiences of prompting and prayer are not uncommon in the Church. They are part of the revelation our Heavenly Father has provided for us.”
Elder Boyd K. Packer
Posted by CompatibleWithJoy at 2:28 PM