Learning to Drive, or Hitting that Groove 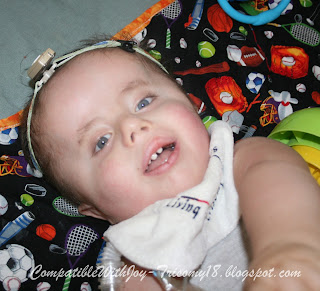 
But think about learning to drive a car, and think about where you are right now.  Now, you climb in the car, unlocking it as you approach.  You don't even think as you put the key in, adjust the seat and mirrors, turn it on, look around and shift.  Approaching a corner, you slow and put on your signal, and know just how long it's going to take to slow down and how fast to take that curve.  And you probably fiddle with the music while doing all of this and don't even give it a second thought.  Your mind and body knows what it's doing.  Oh, sure, the occasional road construction may throw you a detour, or sometimes your car makes a weird knocking noise, or there's that car that suddenly appeared out of your blind spot just as you were getting ready to make a lane change.  But for the most part, driving has become instinctual. 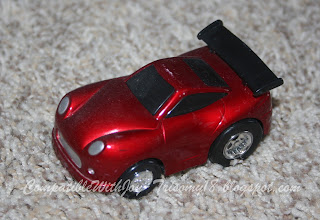 But remember when you first started driving?  Even putting on the seatbelt was a bit weird, after all, it crossed from the other side of what you were used to.  You weren't sure about cranking the key.  How far, when do you let go, then what?  If you're like me and have taught teens to drive recently, you may know that you have to tell them to step on the brake when starting the car and keep the foot on the brake until after they shift.  If you haven't done that, you probably don't even realize that you do this.  Taking corners can become an exercise in too fast (four wheels on the road, please!!) or way too slow.

Special needs parenting is a lot like learning to drive.  In the beginning, every beep, every twitch, can be cause for worry.  I love that I was able to do my learner's permit in the hospital with Aaron.

I remember the first time his ventilator was alarming high frequency (breathing too fast, 80 breaths per minute).  I freaked out and grabbed the nurse.  "Why is he breathing too fast?  What's happening?" " Oh, it's probably just some water in the tubes."  She dumped the water out, and yep, he was good.  The next time it happened, I remembered that it wasn't a big deal, but I couldn't remember why or what to do.  By the time we got home, exactly two weeks after getting his trach, I knew exactly what to do when that alarm sounded.  Now that I've got a lot more "road hours" behind me, he never alarms "high frequency."  Why?  Well, it's because I'm so used to the sounds of his ventilator breaths that if he hits 50 breaths per minute, it sounds fast to me and I empty the lines. 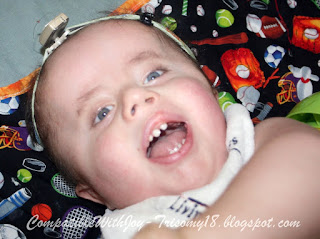 So like anything else, there's a learning curve that comes with a medically fragile kiddo.  And just like driving, even after you're very experienced, you have to stay vigilant.  Sometimes there are new roads, new routes that have to be learned.

And it's scary, especially at first, because that's your child's life that is in your hands.  But just like with driving, you learn to get comfortable, you hit your groove.  And then, you can't imagine what life would be like without it.


There are some things you learn best in calm,
and some in storm.
~Willa Cather

Posted by CompatibleWithJoy at 9:33 AM