Be Still, and Know That I Am God 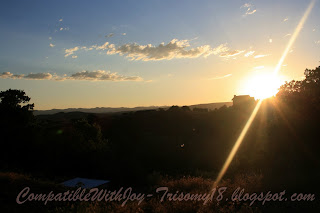 Yesterday in church, the lesson was on seeking the will of God instead of our own.  Intellectually, in my brain, I know He has great things in store for me, and that if I trust His will, He will lead me home.  But the child in me, the scared, self-centered, wants-to-be-comfortable-at-all-times me, well, she has a hard time with that.

I was immediately reminded of when I was carrying Aaron.  We saw miracles.  There is no doubt.  I've got the ultrasound from our 20 week appointment (I have DVDs of all his ultrasounds) and his cardiac arteries are not right.  They are not crossed.  They are parallel.  There are a few things that cause this, and none of them are good.  Five days later, following fasting, prayer and a priesthood blessing, they cross.  A miracle, a huge miracle.  One that gave our son a chance to live.

But, while I do believe in a God of miracles, when I was asked if I had enough faith to ask for that third chromosome to be removed, something stayed me.  Somehow, in my heart, I knew we were not supposed to ask for this.  This was a challenge that Aaron was supposed to have, and that we were all to learn from.  And by the way, this is way before I was in any way "okay" with his diagnosis.  This was while I was still pregnant, where every night when I went to bed, I would wonder if I would ever feel him kick again, if his heart would stop beating while I slept.  So while I didn't pray for that to be removed, I was still in agony.  And I really had very little interest in any lesson I was supposed to learn.

That has changed.  I am so grateful that He would send Aaron to our home.  We won't keep him nearly as long as I'd like, but the joy he has brought to our lives is priceless.  I don't know if would feel the same now had he not lived for at least a little while.  I hope I would, but that was not a path I was called to follow.  I do know that I would do this all over again just to experience the blessing of having such a perfect spirit in our home.

There have been setbacks along our journey, the most recent yesterday afternoon.  Kinda funny how it's come about, too.   Two and a half years ago, Aaron was sent home from the hospital on a PEEP of 8.  It wasn't enough.  Oh, he did okay, more or less, for a few days.  He was actually a bit unstable in the hospital, but we chalked it up to other things.  Then when he came home, his oxygen needs increased daily by a full liter to keep him where he belonged.  At the time, I was so new to it all, I didn't recognize a problem.  The long and short of it was, he ended up being lifeflighted from our home and needing higher vent settings.

But now he's stronger, healthier, and should be able to do more with less.  Well, maybe.  As I said earlier, we've had another setback.  But perhaps, because it's so recent, I can clearly see tender mercies leading up to it.

I have been anxious to wean him off the ventilator.  Not only would it mean not lugging a 22 pound bag that is attached by a six foot cord, it would also be a really good thing for his heart and lungs if he didn't need it.  But after last week's adventure, I've felt in my gut that it was the reduced vent settings.  We came home from the hospital, and he's been looking pretty good.  But the last couple of days, he's been less stable on his oxygen, and creeping up again, not nearly as fast as two and a half years ago, but still increasing.  Yesterday, right after church, he decided to play games again.

We got home from church, where he'd been a little oxygen piggy, and he decided he wanted "more, Mom."  "And some more again, please?"  Yep, ten liters, again.  After 30 minutes, and struggling to keep those 90 sats, and then dropping some when I gave Albuterol, I decided to change his settings.  He's done better at maintaining sats since then, and he's been more active, too.  Yeah, I think that's what he needed. 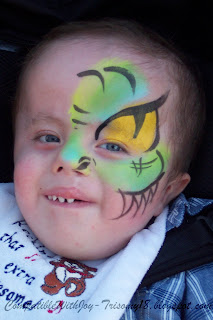 So we've taken a step backwards.  And it's a tiny step, but one I fought for quite a while.  However, I was very blessed on Friday night to sit by another mom at Dream Nites at the zoo (subject for another post later).  Her son is 12 and trached and oxygen dependent.  He also uses a vent at night but not during the day.  She reassured me that it took a looooong time (years) to get to this point, and they also had many stutter steps and back slides along the way.  A tender mercy, being able to speak to her.

So we're not at the end, not even close.  And we won't give up.  But Aaron has to have the support he needs.  And so, I'll take a deep breath (and be grateful that I can) and know that God is in the details of our lives.  He watches over all of us, and the smallest sparrow does not fall without Him seeing it.  And I will trust that He knows what is best for me, for Aaron, and for our family.


All the art of living lies in a fine mingling of letting go and holding on.  ~Havelock Ellis

Posted by CompatibleWithJoy at 8:46 AM