B is for Breathing

Well, today was the letter B.  And this kid needs some work on it.  He's been struggling a little bit more with his asthma, figured it was probably the weather.  But the big change was last weekend.  In my mind (probably not the safest place to play), he should have been fine by now.  Someday, SOMEDAY, I'll remember to ask HIM what he thinks.

Last Friday, Halloween, he pulled a "trick" on us with a significant asthma attack at school.  We put some measures in place, and then weaned back.  He was doing great! (we thought).  And then today, he started again, at school again.  (His poor nurse.)

She called me and started albuterol.  Okay, no problem.  Except she called back again, because he really wasn't responding well.  His sats were okay, but he was working hard, and not looking very happy.  So I went down to get them, and called the pediatrician on the way to see if he could be seen.

Got there, and yeah, he was pretty lethargic.  Again, vital signs were okay.  And "okay" is a good description.  They weren't scary, but they certainly weren't great either.  We put him in his wheelchair to take him out to the car, and I thought, "let's just make sure we don't have any kind of plug in there."  Wasn't sure where that came from.  He's gotten pretty good at being obvious when he's got a plug, and I didn't see any sign of it.  I quickly figured out that the Spirit must have been whispering to me.

I passed his suction catheter down to make sure the trach was open, or at least I tried  to pass it down.  It stopped just before it should have.  Weird, 'cause he wasn't showing any symptoms.  Tried again, again, no dice.  We transferred him quickly back to the floor and changed out his trach.

What was in there?  A nasty, sticky plug, totally occluding the bottom trach.  Think of a thick ball of old ear wax.  That's the consistency and texture.  Gross, and unbreathable.  It couldn't have been there a full minute, somehow it dislodged from further down and had just migrated up there, probably when we transferred him to his chair.

So the doc put him on a 3-5 day course of oral steroids (which I could have done had I been thinking), and he's already looking a whole lot better.  At some point in time, I may actually remember that if he's using more oxygen, and he's needing albuterol, maybe, just maybe starting the steroids might be a good idea. 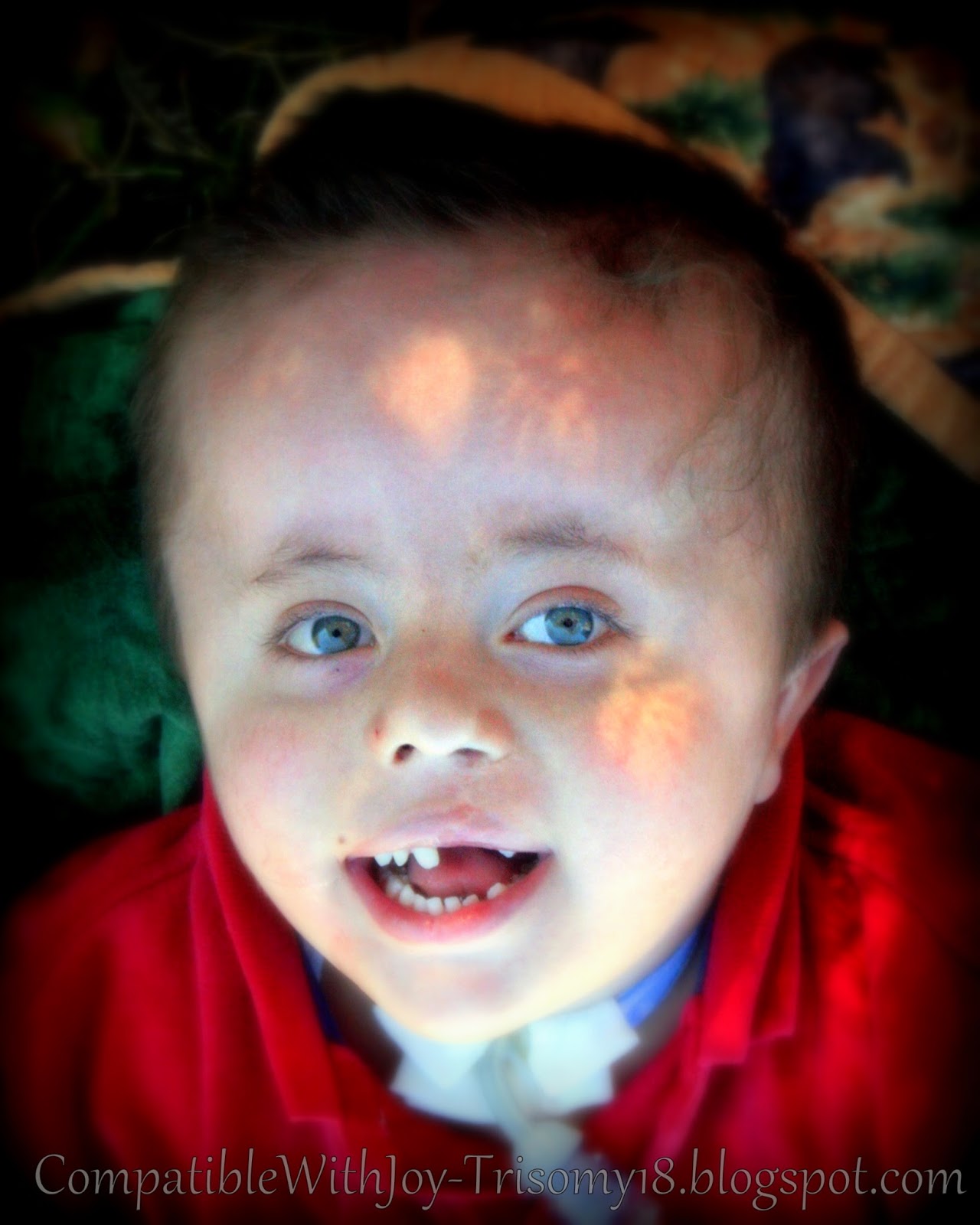 So where's he at right now?  After a single dose of steroids?  Well, "lethargic" would NOT be a good word to describe him.  And he's on less oxygen than we've seen in a couple months.  Yep, I think we've found the magic bullet for this time around.  B is for Breathing.


Improper breathing is a common cause of ill health.
Dr. Andrew Weil
Posted by CompatibleWithJoy at 9:47 PM