Never a dull moment around here with Aaron (or with the others, for that matter).  Yesterday was no exception. Last night I sent out a shout-out, mostly 'cause I was trying to avoid a trip to his "vacation home."

Here's what it said:  Troubleshoot with me please: Low sats, higher O2 needs. Great heart rate and respirations, and he's happy as I'll get out. Asthma always causes higher heart rate and resps, like really high, so I don't think it's that. No fever. No other symptoms. But just had to bag him out of the low 80's and he's using about twice as much O2. VSD, ASD's, pulmonary hypertension, trached, vent and O2 dependent. HELP?? 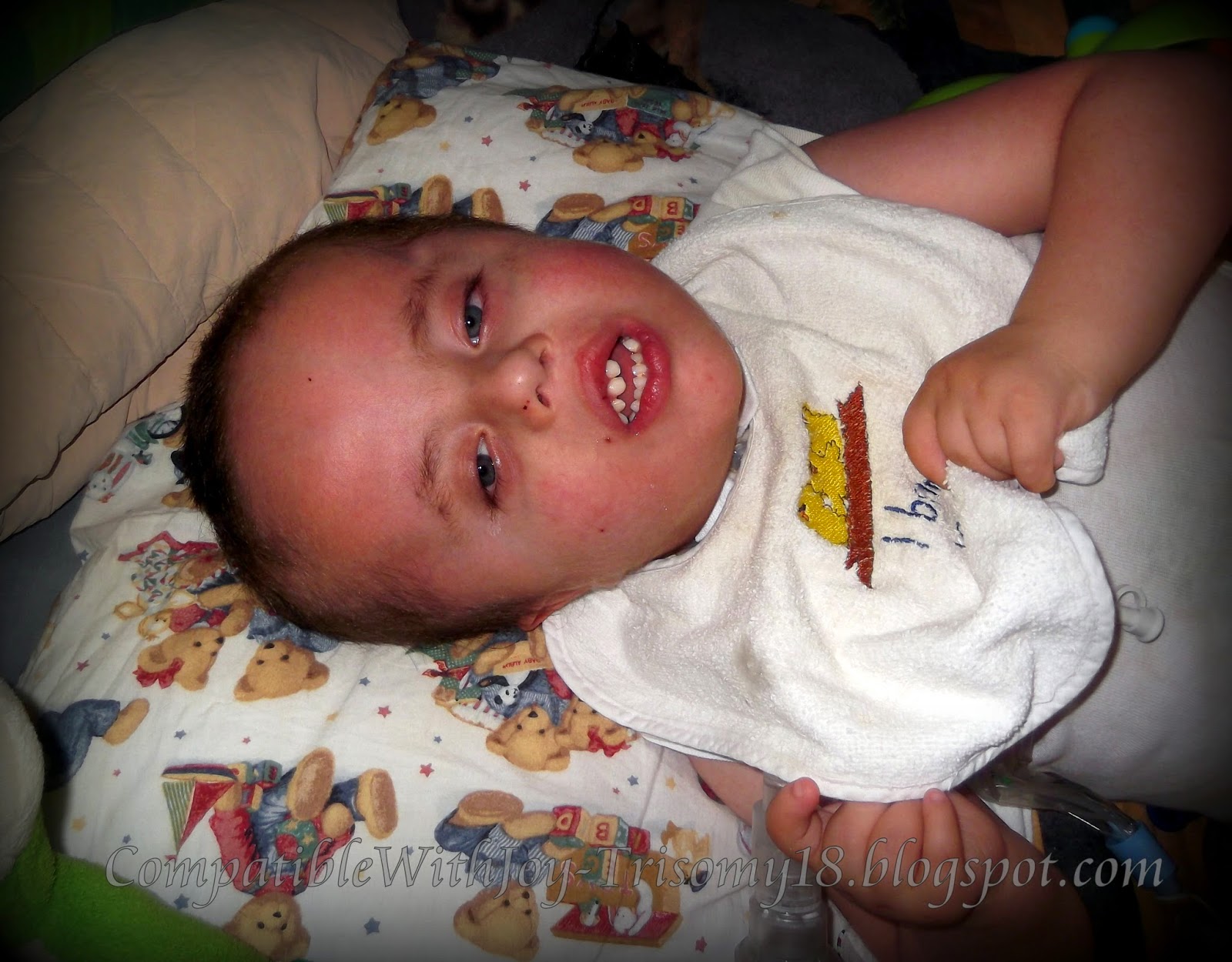 But those numbers were beautiful!  He had no fever and nothing coming from his trach or nose.  And his lungs sounded good.  But I'd already had to "bag" him, or help him breathe with a bag that attaches to the trach and forces 100% oxygen in and when he was done with that, he was on two to three times as much oxygen as usual.  And then the alphabet soup that follows at the end is a list of his heart defects, a hole between his lower chambers, a few in his upper chambers, and his crazy high lung pressures. 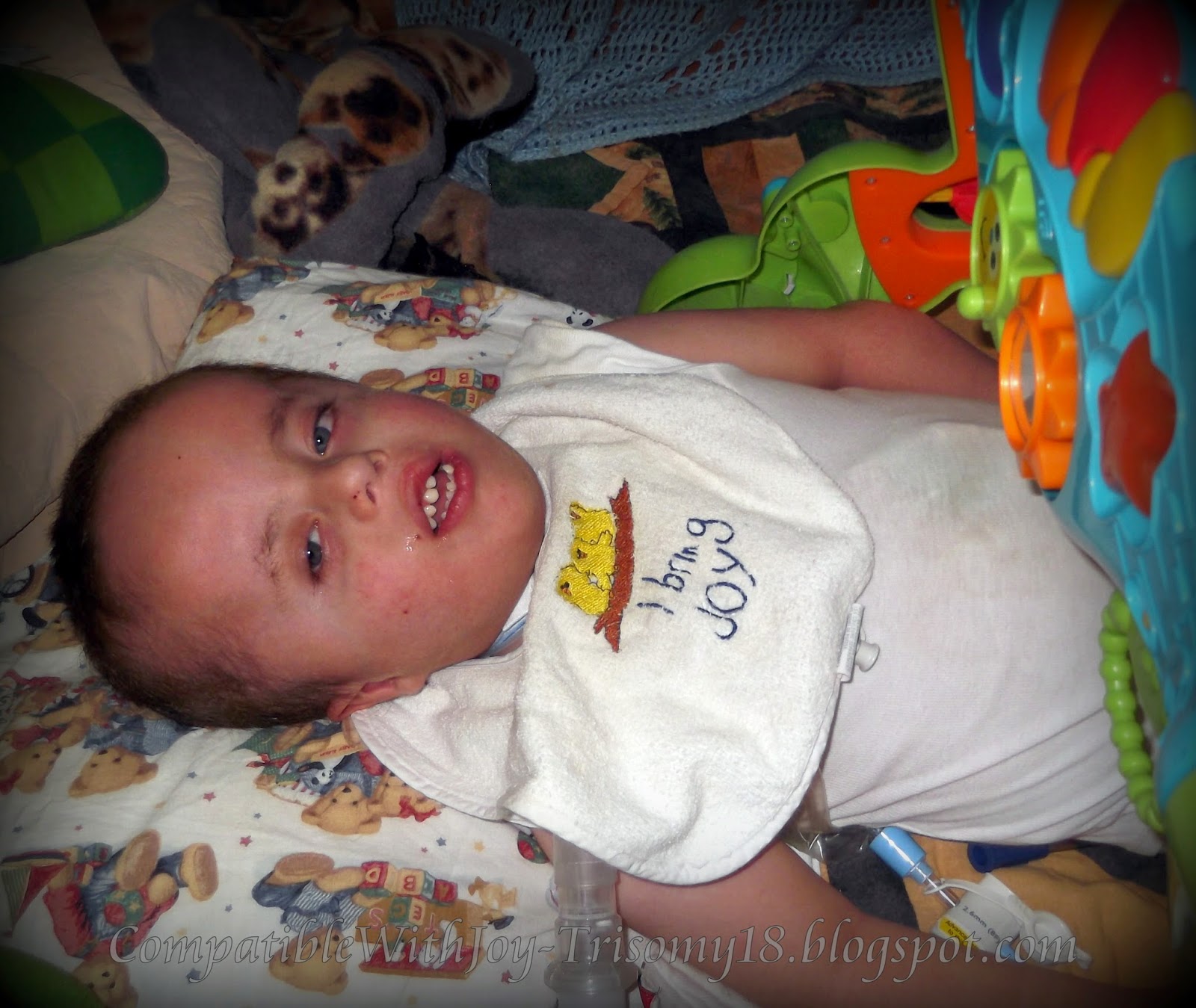 First suggestion was to call cardiology.  Kinda what I figured, but didn't want to admit it yet.  So I bit the bullet and did so.  The cardio fellow suggested albuterol even though he was asymptomatic, and watching for an hour or so.  She did warn me that if he remained unstable to bring him right in.  But if he was okay on the higher amounts, to watch and see if I could wean him down slowly.

So albuterol, with a slightly higher heart rate and respirations.  Then a (short) nap, followed by a really smelly diaper. And the whole time, he's maintaining high sats, like back up in the mid 90's, where he belongs.  And we're turning him down every 15 minutes or so. 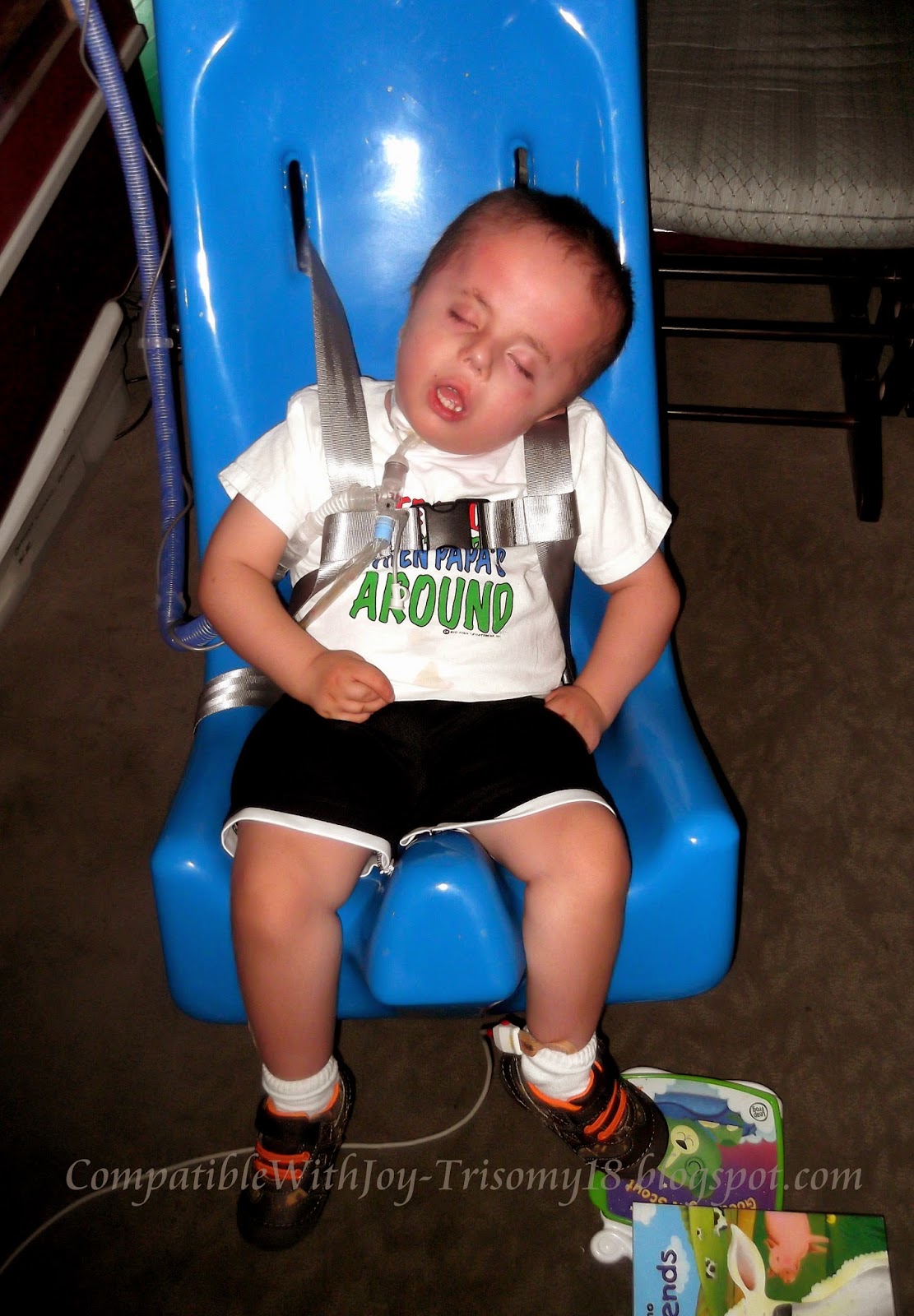 By the time she called back, he was looking great, with sats of 94 on 2.5 liters of oxygen, right where he should be.  So what was it? Was it some asthma?  Was it the forthcoming diaper?  Was he overtired?  Maybe.  Who knows?

Or it may simply have been the weather.  I recently spoke with a friend who has some significant cardiac challenges and she told me that the changes in air pressure also cause changes in her body, in the blood vessels themselves. I never thought about it, but it makes sense.  I mean, it changes the pressure in my lotions, for Pete's sake.  And we all know that Aaron's pulmonary pressures (pressures in the blood vessels between his heart and lungs) are sensitive to just about everything, and they're already way too high.

Whatever.  Anyway, the good news is that we stayed home, we're STILL home, and he's still looking great.  Just another day in our journey.  And a good one at that.

Life: It is about the gift not the package it comes in.
~Dennis P. Costea, Jr.
Posted by CompatibleWithJoy at 12:22 PM