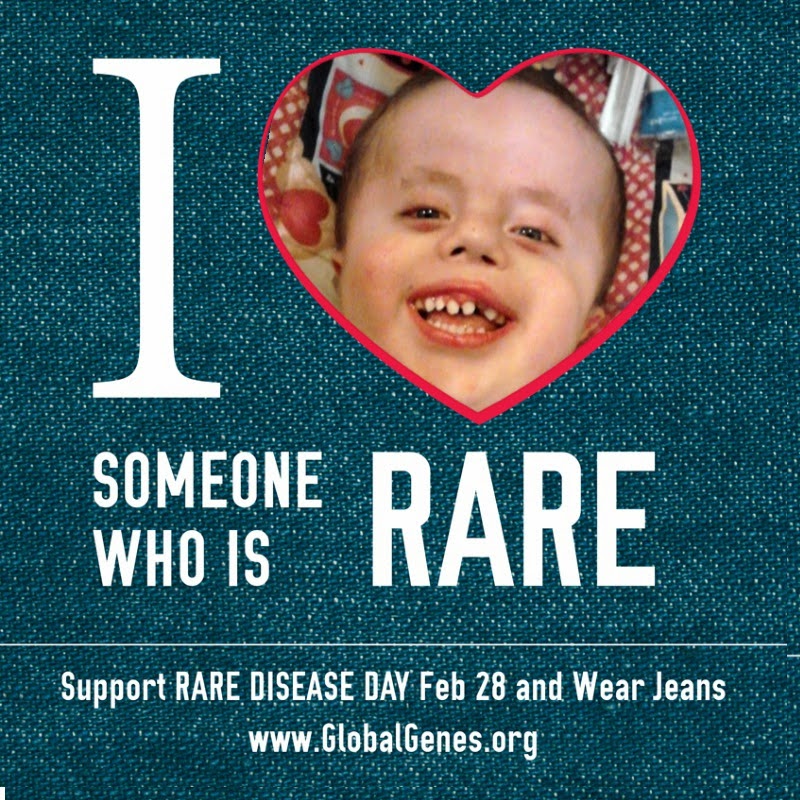 Today, February 28th, is Rare Genes Day.  Here are some facts about rare diseases.  See the thing is, while it's not uncommon to have a rare disease, they are so different and we are so spread out, that most doctors are simply not familiar with them or their treatments.  So wear your jeans today for rare genes day.  And here are some interesting (to me, anyway) facts courtesy of globalgenes.org


Although rare and genetic diseases, and many times the symptoms, are uncommon to most doctors, rare diseases as a whole represent a large medical challenge. Combine this with the lack of financial or market incentives to treat or cure rare diseases, and you have a serious public health problem.
Here are a few statistics and facts to illustrate the breadth of the rare disease problem worldwide.
If God had wanted me otherwise,
He would have created me otherwise.
~Johann von Goethe
Posted by CompatibleWithJoy at 12:42 PM