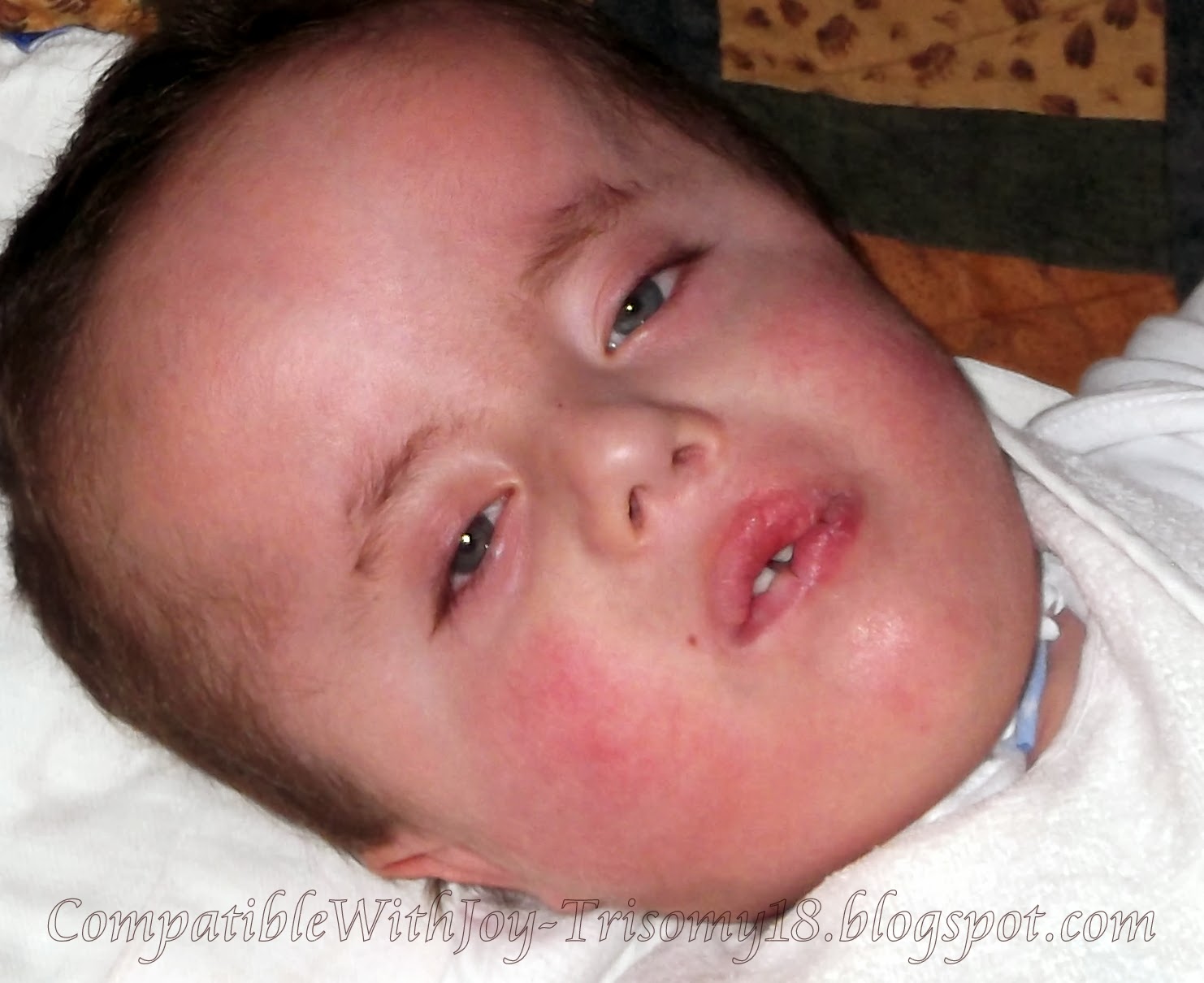 A few weeks ago, Aaron had a cardiology check-up.  It went okay, sort of.  Well, it was actually a little depressing.  His pulmonary hypertension is still crazy high.  And we're maxed out on meds.  And I'm not sure if it was semantics or actual reality, but the doctor also said something that wasn't happy.

His echo came back essentially the same as it's been, so that's "okay."  At least it wasn't worse.  And the blood flow across his VSD is still bidirectional, which means that his lung and systemic (the rest of the body) pressures are still pretty equal.  That itself, is not a good thing.  The rest of us, our systemic pressures (that's what they're measuring with blood pressure readings) are usually about four times our lung pressures.

But here's the kicker that really got things going.  He said (reminded me?) that his pulmonary hypertension is not primary pulmonary hypertension.  In other words, something else happening is causing it.  And he said that it was his lung and airway issues.  It's the air pressures inside the lungs.  We've kinda always knows this, known that his need for significant ventilation causes challenges for his heart.  But we've had to balance the need to breathe with his heart function.  (And the pulmonary blood vessels are considered cardiac, not pulmonary.  I know, kinda confusing.  But the blood goes with the heart and the air and CO2 go with the lungs.  Whatever.)

Then he told me that if we were able to put Aaron's heart (and blood vessels) into a body with good, healthy lungs, it would function just fine.  No issues.  We could close off the VSD and life would be good.  Obviously not an option to do that, BUT if we can improve that lung function somehow, it would help his heart.

So here's where the changes come.  Yesterday, we had an "all you can eat" appointment at Primary's.  We saw Special Needs, ENT, Respiratory, and Pulmonology.  Pulmonology was the biggie.  While we were discussing things, Aaron took a nap.  Hey, the kid had been playing all night.  But while sleeping on a CO2 monitor, his CO2's kept dropping.

Here's the deal with that:  our CO2 is what causes us to want to breathe.  It's not the lack of oxygen that makes you need to take a breath when you hold your breath.  It's the buildup of CO2.  So if you don't have enough, you don't want to breathe.

So Dr. T starts playing with the vent, looking at the numbers and his wave form.  And oh boy, did he make changes.  He essentially put Aaron on a BiPAP setting.  For those with CPAP machines that work to help keep the airway open while you're sleeping, that's pretty similar.  If he does drop down to ten breaths a minute, the vent will kick in.  But he reduced the support a TON!

And he kept saying, "oh, I'd really like to just turn this off and see what he does."  But he's going to wait until we get a sleep study before we make any more changes.  And we're also supposed to get some labs tomorrow to check on how it's going.  He did ask me if I was okay with all this.  I assured him that while I'm a little nervous, I'm excited to see if this will work.  And I do have an ambu bag and I know how to use it.  I'm also comfortable enough with his vent to simply change the settings back if it's too much for Aaron.

So we'll see how things go, especially over the next few days as he adjusts to doing all the breathing on his own.  If it works, it will significantly reduce the resistance in his lungs, which means blood will flow more freely, a very, VERY good thing.  Such a blessing for him, for his heart, for all of us.

So here's hoping for happy lungs.


It is not the mountain we conquer but ourselves.  ~Edmund Hillary
Posted by CompatibleWithJoy at 12:13 PM