Twenty years ago, (plus 2 days, I get behind here) Mary was born.  She was the best Christmas present William and I could have!  She was born four days before Christmas and two weeks early, which was just fine by me. 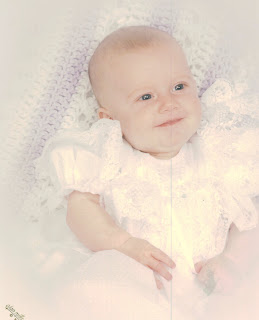 Three weeks later (Gramma Brown came and help the for the week before) Mary joined me in class at BYU.  She attended 18 credit hours of English with me that semester.  Maybe that's where she got her love of the English language and the written word.  It's now HER major at BYU, too.

One day in my Elizabethan English class (only 15-20 students) the professor asked a question, which none of us were prepared to answer.  Mary babbled something and he remarked that obviously the baby knew the answer, now would someone like to translate? Since she was making noise, I took the opportunity to escape. 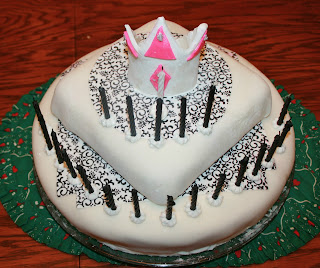 Mary is our princess, so she got a princess cake complete with a crown.  I wanted to make it a special one since next year she won't be with us.  She's getting really excited about her mission.  It will be interesting to see where she serves.  The Canada Vancouver mission takes in almost all of British Columbia, so she could see a wide range of climates.


She's also our resident lefty.  What fun she had coloring with Aaron.  Turns out he's a lefty, too!  She had put the marker he chose into his right hand, but he really didn't do much with it.  Then she switched to his left hand and watch out!  That little guy sure went to town! 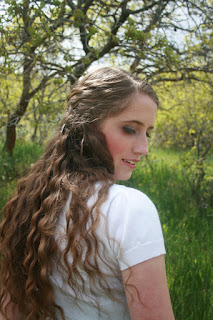 Happy Birthday, Mary.  I'm so glad you came to our family.  I picked out your name, Mary Elizabeth, before your older sister was even a full day old.  Somehow I knew she would have a younger sister and was already praying for you.  Love you, kiddo. 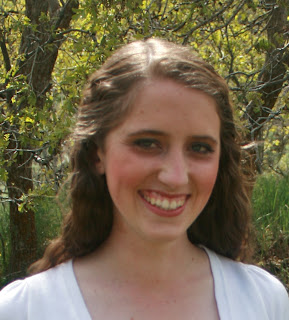 Posted by CompatibleWithJoy at 6:09 PM