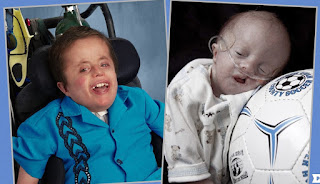 That was the year Aaron was born.

Feb 2010:  I go in for a routine ultrasound.  Yes, I know they do an anatomy scan, and they look at aaaaallll the baby parts, but the one I'm the most interested in is his/her gender.  I've got fun ideas I want to try to put in place but will they be pink or blue?  Instead, I feel like I've been sucker punched and can't breathe, ever.  My world (and my family's) has just been turned upside down.

Feb-Mar 2020:  Rumors and rumblings of a new disease are growing louder, more persistent.  In the middle of a national ballroom competition, the world shuts down:  NBA, the competition (that we've been involved with since 2007 yearly, and even back when we were in college), school, church, just about everything.  Our world goes virtual almost overnight.  Life has changed dramatically.

Spring 2010:  I continue to do research and visit more doctors than I've ever seen before.  I cry and I wait, we plan and re-plan, but mostly, I isolate.  I "bubble" myself as a defense against people who don't know, those who would say insensitive things that I'm just not up to dealing with.  In my sister-in-law's words, the "well-meaning weirdos." 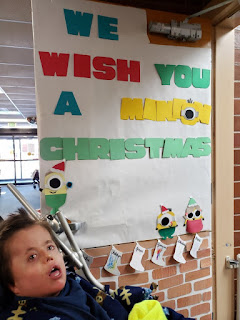 Spring/Summer 2020:  We watch the news, I do research, looking for scientific evidence needed to help protect us.  But science is a tricky thing, especially when confronting a new idea.  Hypothesis are formed, tested, revamped, sometimes discarded.  We've had a front-row seat to the research process never seen before by the public, and it's kinda messy.  Still, I trust it. Don't necessarily like what's happening, but when someone can admit that they were wrong with what was initially thought and show why and come up with another idea that (might) be better and start testing that, well, I'm more comfortable with that than simply sticking with something to save face.

June 2010:  Aaron is at his first doctor's visit after leaving the hospital, and I'm still so, so, sooooooo overwhelmed and scared.  Terrified that he's going to die on me any day, and desperate to figure out how to save my little boy.  And I have No. Idea. how to move forward, so I ask:  "what do we do now?"  Dr. K. asks what my goals are.  Fair question.  Lots of parents want their child to experience as much of life as they can in their short time, so they do everything, go everywhere.  That's okay.  That's their plan,

But I told him, "I want to keep him here as long as we can."

"Then don't take him out until after flu season."

It's June, flu season just ended.  So I clarify, "Next May?" 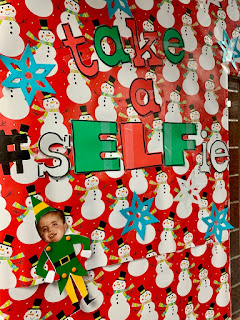 And so we did.  We locked down our house.  No one came in that didn't live here.  We didn't curtail the kids' outside activities much, but there wasn't the very high chance that they were coming into contact with a contagious virus multiple times a day.  We did wash well, and if someone so much as sniffled, they got a mask.

If you were sick in our house in 2010 (and every year since then) you had two choices:  a mask or your room.  And it didn't matter which you chose, but you had to choose.

But it was a balancing game, one we're still trying to play.  I've known people which medically complex, fragile kids who simply lock everything down, and have done so since their child was born.  And that's what they choose, and that's okay.  Just like I chose to keep Aaron isolated for his first year instead of taking him out.

But that's not what we've chosen.  We didn't save Aaron's life for him not to live it. So we've taken what we hope have been calculated risks, and we still do.

He goes to school, and so do our boys.  We had our adult kids over for Thanksgiving and we will again for Christmas.  One doesn't even have anywhere else to go as the dorms are closed for the holidays.  But they've tried to be careful and they got negative tests before coming home.

Yes, one son played rec soccer and another is playing rec basketball.  Does it scare me?  Yep.  Are they as careful as they can be?  Yep.  I even took Aaron to a couple of the soccer games (although we stayed waaaaaay away from everyone).  And basketball is only allowing the players, one coach, the refs, and maybe one videographer in the gym.

I'll admit, this all broke me a few weeks ago when I thought about my son's senior year, how it "should" be, and how it is. I thought about the choir concerts and parties and just good times I had with friends my last year of high school, of the wrestling tournaments and dances, and I lost it.  He doesn't get any of those (okay, for him it's basketball and football, not wrestling) and that's not okay.  It's not okay in the same way that Aaron doesn't get to play Little League.  But it IS.  It's reality.  And sometimes it hurts way too much. 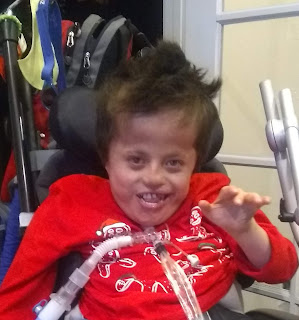 I get it, believe me, I GET IT, when people say we're not guaranteed another year, another tomorrow.  I've been LIVING it for the past almost 11 years.  Christmas is four days away.  I'm just now counting on Aaron being here for that.  But at the same time, I feel like it's important to take the precautions now to help maximize our chances of having a next year.

Because if we don't take them, we might have this year but no more after.  If we do, there's a much better chance that while this year looks different, we can have many more later.  And like 2010, that's a calculated risk I'm willing to take.

To keep every cog and wheel is the first
precaution of intelligent tinkering.
Aldo Leopold

Posted by CompatibleWithJoy at 11:13 AM