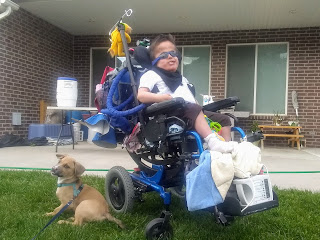 Before he was born, he only had a 50% chance of surviving until birth.  What??  Isn't that when we start counting lifespan?  And then when he was born, I was told he had about a 5% chance of reaching his first birthday. 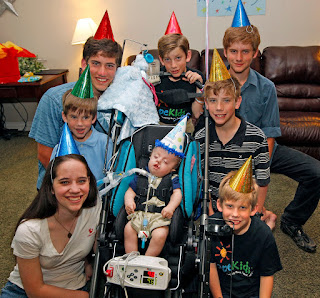 I lived on the edge all that year, wondering how much longer we had.  His first birthday party had more people than at a lot of wedding receptions.  I was so overwhelmed and grateful for that milestone, even though he slept through pretty much the whole evening. 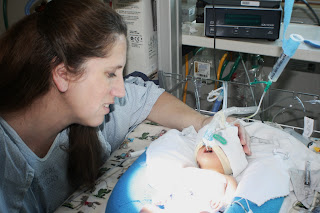 From 5% to 60% was such a huge leap.  I really couldn't fathom that much time.  Now, I can't imagine life without him.  (Not that I could before either though.)

Anyway, here we are, ten days from his tenth birthday.  And I will forever be leaving behind the days of kids in single digits.  I remember being so excited myself when I reached the ripe old age of ten, double digits and all that. 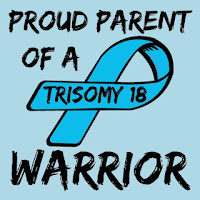 I had hoped to have a fun birthday party for him this year.  In fact, a friend had offered to throw one for him at a local park with ponies and all sorts of fun.  Obviously, that's off.

We would love for anyone to send a video (he loves those!) or greeting or whatever and we'll read or watch them with him on his birthday.  Because of the pandemic, it will be immediate family only here, and that's assuming that they're all well and the weather is good, because it will be backyard only.

Please, please know we're so grateful for all your love and concern and prayers through the last ten and a half years.  He's not only our miracle, he's everyone's.

Posted by CompatibleWithJoy at 7:00 PM