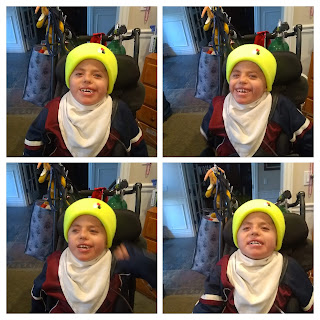 The last couple weeks we've been trying to get our feet under us.  We came home in time for Joseph and Aaron to say good-bye, but just barely.  Joseph has been in the Missionary Training Center (MTC) for just over two weeks and flies to Louisiana on Tuesday. 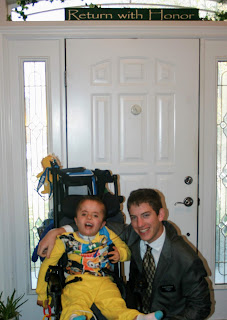 We never truly did figure out what put Aaron in the hospital.  Possibly (probably?) his digestive system.  You know how when you get sick, it can take a while after before you truly feel back to normal?  Well, for some people with medical issues, it's even a bit harder.

It actually took talking to a friend to really help me figure things out.  In retrospect, it all makes sense.  He was probably dealing with some post-viral gastroparesis. 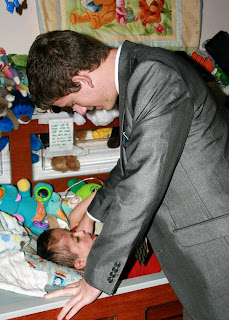 In other words, that tummy bug he had before was leaving its mark on him.  I'll spare you the details of getting him "moving" again, but the long and short of it is that when your gut is backed up, you just don't feel well, don't breathe well.

We've made some changes (again) in his diet.  In an effort to reduce the amount of food but keep up with his calorie intake, I've switched from a 100% home blended diet to an organic formula for most of the time.  We still blend some, but not as much.  And so far, he's doing well on it.

He's back at school, having a great time.  We've been able to taper back on his asthma rescue med.  For a little while there he was getting it every three hours.  Yeah, it was a lot.  The last few days it's only been once or twice a day.

I know that doesn't sound real great.  I mean, if asthma is under control, you shouldn't even really have to use a rescue med much at all.  But for us, well, it is what it is.  Breathing is just not optional, regardless of what he thinks. 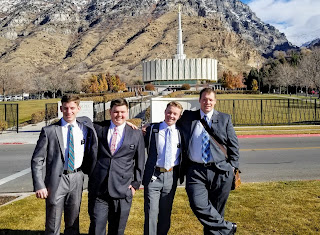 Two days ago was Thanksgiving.  And he was here, as were all my kids except Joseph.  I really am missing him and all his help, but wouldn't have him anywhere else. 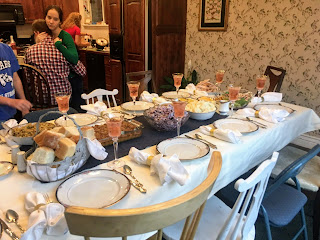 And Aaron and Thanksgiving?  Well, that turkey nearly did in the turkey!  I was trying to turn his wheelchair and get him up near the table when he reached out and grabbed the platter near the edge!  My good china platter full of turkey!!  And when that kid latches on to something, good luck getting it out of his hand (just ask my hair).  I was picturing china shards and turkey all over the floor, while he laughed at us.  Fortunately, disaster was averted, and he moved on to yanking on my shirt and trying to grab my hand.  But try some turkey?  Whipped cream?  No way.  Not going past his lips.  Silly boy. 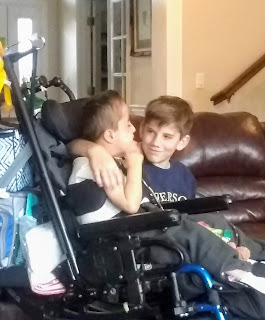 Yesterday was full of getting Christmas set up. His angel tree is in his room, up where he can see it.

Holidays are kinda weird for medical mamas.  You're so grateful for each one, but mindful that even the close ones aren't really guaranteed. 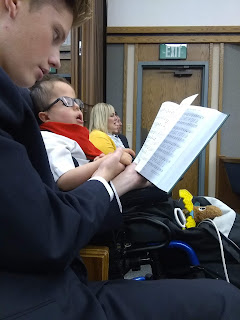 You're thrilled to experience it with your child, and ache for your friends who are decorating graves instead of filling stockings.  You love the look on your child's face as he sees the magic lights, and realize that you'll be missing so many other gatherings, but still wouldn't trade it for the world.  You give up on building some memories, knowing that some day, Tiny Tim's crutch will sit alone in front of the fireplace.  And you fight, fight with heart and soul to keep that day from coming.

Someone asked me not long ago when the time comes that I stop wondering if this (fill in the blank) will be the last.  I replied, "when the one comes that he's not here" and tried not to cry.

It's hard, so hard parenting a child that you will outlive.  It's hard parenting other children who know their brother will be the first one on the other side.

But today, today he is here.  He is laughing and playing.  So we'll turn on the Christmas music and lights.  We'll play, sing songs, tell stories.  And we'll be grateful.  Grateful for each and every day, good and bad. 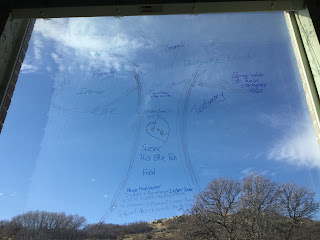 
Don't be fooled by the calendar.
There are only as many days in the year as you make use of.
~Charles Richards

Posted by CompatibleWithJoy at 12:17 PM