May Means Lots of Pictures, and Some Musings...

Soooo much going on.  You know, it's the end of May.  That's the way it works. 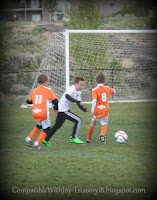 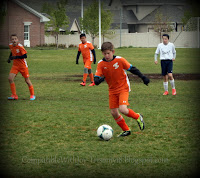 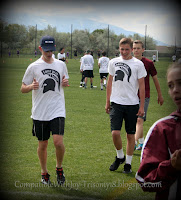 And final concerts for everyone. 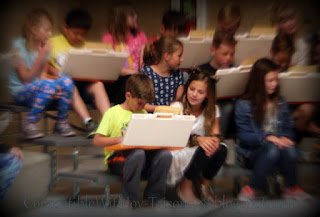 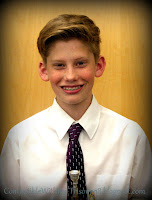 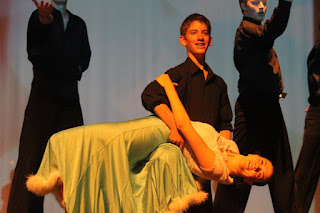 Including the final final choir concert for Matthew.  The tradition there is the Chamber Choir all gathers around the piano and sings "The Music We Made."  That one always gets me.  Maybe in part because choir was my "thing" in high school, and I still have very fond memories of the time, the laughter and the tears we shared. 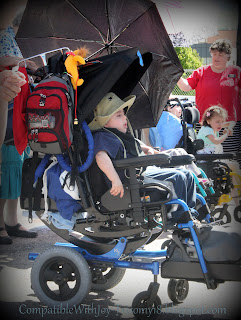 Aaron even had a dance festival, although it was so sunny out that he wasn't as enthusiastic as he often is.  His eyes are light sensitive and it's hard when it's bright out. 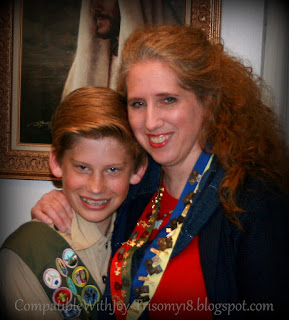 Even some scout awards were thrown into the mix, plus we have Joseph's Eagle Court in a week. 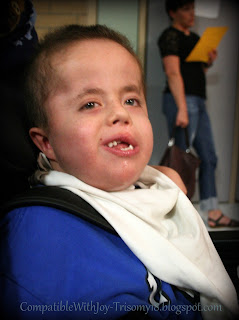 And through it all, Aaron was there.  At least for most of it.  There were times we chose to leave him with a nurse at home because of his needs.  Last year at the band concert he struggled with a startle seizure, and for graduation, well, that was a wonderful mad house, but a mad house none the less.  So he hung out at home for those and played. 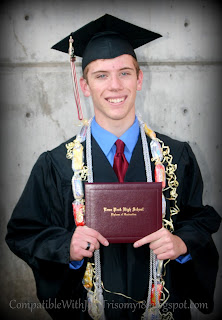 But I have to admit, graduation tore at my heart strings in a manner I didn't quite expect.  Matthew was the first graduate to come out, and the pure unadulterated joy on his face caused tears in my eyes.  He's a kid who often plays things close to the vest.  It's rare to see his true emotions so clearly.  And he was pumped up!  That grin was infectious.  And I was sooooo thrilled for him!!

It's a little strange to have my 5th child graduate from high school, be the middle one, but only have three more graduations left.

It also brought to mind a conversation I had with Jonathan a little over six years ago.  We were driving and he said it wasn't fair that our baby wasn't going to be able to have the life the rest of the kids had.  I retorted with: 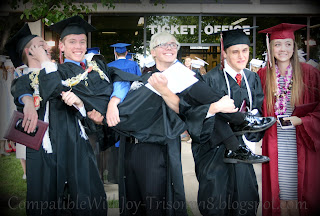 And I told him I simply couldn't think about those things.  I couldn't process that way, not then.  But watching Matthew broke my heart for Aaron.  He won't get a graduation.  Not really.  His school will "graduate" him just before his 22nd birthday, but chances are, he'll actually "graduate" much sooner.  The oldest living males with full Trisomy 18 passed away before then.  And Aaron has struggled so much lately with his lungs.  So it was kinda bittersweet on Friday.

But then I look at him, and he's so content with his life.  He has what he wants.  He's surrounded by people who love him and play with him, take him places and make him laugh.  Nope, not bothered at all by the lack of math classes and ceremonies.  He finds joy in the simplest things.

So many others are struggling with a variety of challenges.  I look around and am grateful for the blessings in my life.  June is just around the corner and we get to start it by welcoming Jonathan home.

Then Aaron's sixth birthday is only two more weeks away.  For a little guy (who's not very little anymore!) who was rushed out of the NICU so he could come home before he died, that's pretty amazing.  Six whole years with this precious child.  We are so, so blessed.


So shines the setting sun on adverse skies,
and paints a rainbow on the storm.
~Isaac Watts

Posted by CompatibleWithJoy at 8:00 AM