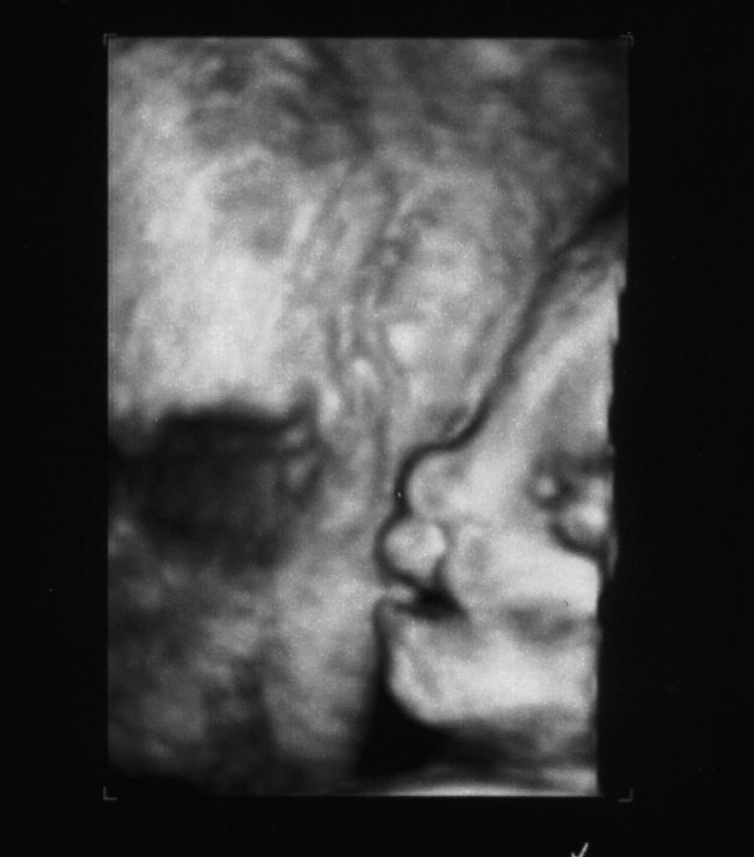 Five years ago today, it was snowing.  It was a Thursday.  And it was one of the most painful days of my life (so far).

We went for our 20 week ultrasound.  Michael went with me, and William had some things he had to finish up so he met us there.  I remember wondering if I would have to just tell him what they said.  I mean, the big news was, boy or girl, right?

But that's not what happened.  It did seem to take a little longer than I expected, but after a little while, she asked if we wanted to know what it was.  Of course!  That's the real reason I was there.  A little boy, another precious little boy.  Then she pointed out that he had a cleft.  Okay, so maybe it was better that it was a little boy.  I mean, even today, scars are more acceptable on boys than girls, and if he didn't like it, he could grow a mustache, right?

I remember thinking that while I didn't know a whole lot about clefts, that sometimes it was a series of surgeries over several years, it was okay.  We'd deal with it.  And then she left to go get the doctor.  He came in, all somber, and said that our little boy had some challenges.  So it's a cleft, not the end of the world.

Except it was much more than a cleft.  It was his heart, his clenched hands, his crossed legs, some things on his brain called choriod plexus cysts, and so on.  He showed us each of them on the ultrasound, and tears filled my eyes.  I silently sobbed as he went over each part.  Michael noticed and wanted them to stop hurting Mommy.  Daddy told him that they weren't hurting me, but at that moment, I felt like I would never not hurt again.  They said it might be a chromosomal issue, but I had no idea what that meant.

An appointment was set for us for the next Tuesday (Tuesday!!  how was I supposed to make it that long??) with a maternal fetal specialist.

We went home, and I sent an email out to family, telling them what we knew, also asking them not to email or call because I somehow had to stop crying before the kids came home from school.  We wanted to tell them all together, and Deborah was away at college.  We had to wait for the weekend, and I had to try to pretend things were okay.  All I wanted to do was crawl into bed and pull the covers over my head.

I started doing research.  I put each anomaly (I hate the word defect) into the computer.  Okay, that's not too bad.  Okay, that can be fixed, explained, made to go away.  And so on.  Then I put them all into the search engine together.  Trisomy 18.  It was right there, and I knew what they'd been thinking.  And I knew they were right.

One of my darkest nights.  Not my only one, but the first of what would be many, as I wondered how I could have failed my little one, failed to give him a strong body.  I hurt with every fiber of my being as I tried to contemplate burying my baby.  But as the morning came, I vowed that if he was able to fight, if we could make it to his birth, I would give my all, I would learn all I could, just to give him a chance to live.

And so our journey began...


Through the blackest night, morning gently tiptoes, feeling its way to dawn. ~Robert Brault
Posted by CompatibleWithJoy at 10:26 PM