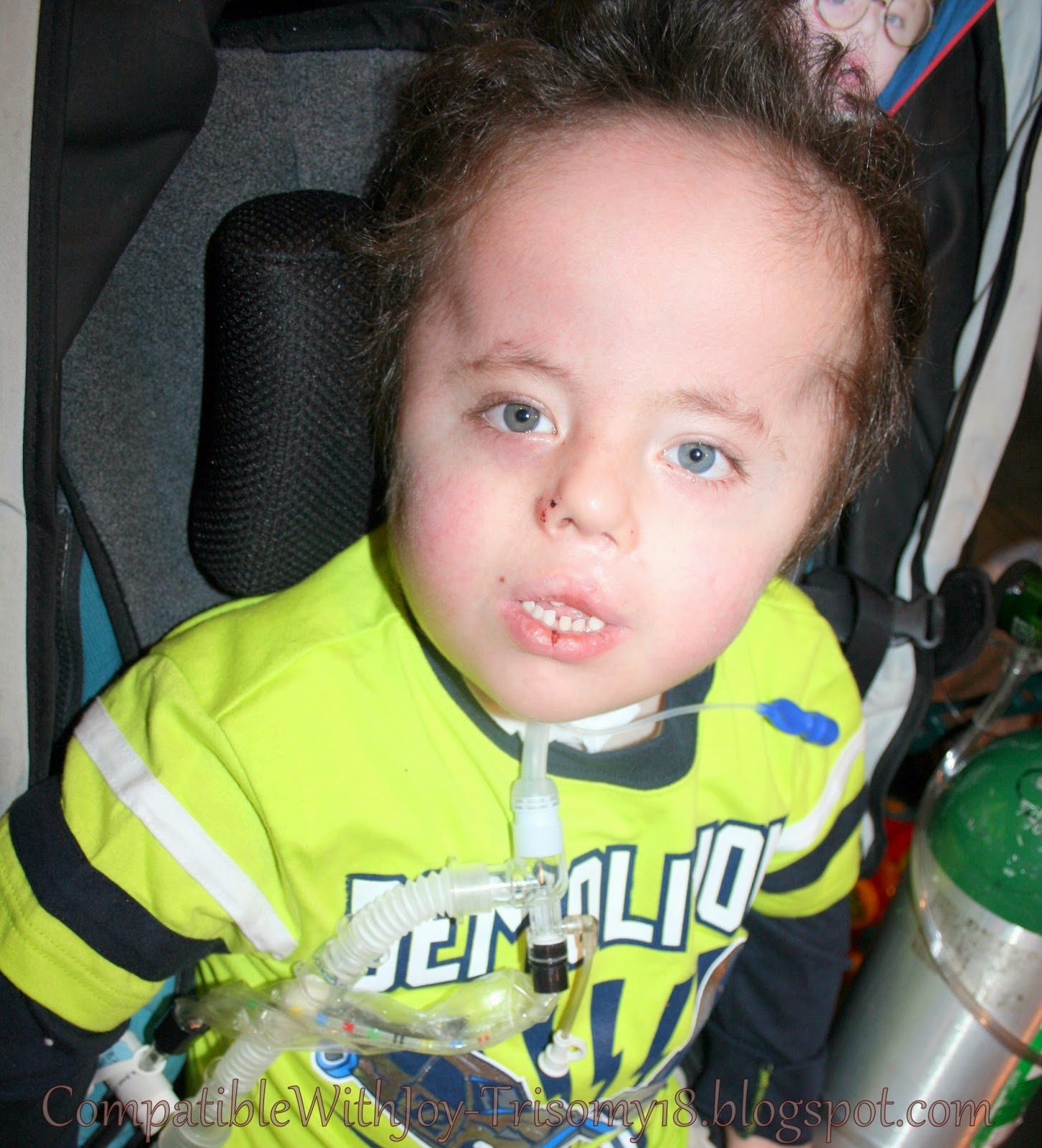 Aaron is still on the mend, a little better every day.  I did keep him home from school Monday and Tuesday, but he went back on Wednesday.  Funny kid thinks he's in high school.  He managed to fall asleep at school all three days he was there!  Told him to stop trying to catch up to his big kids. 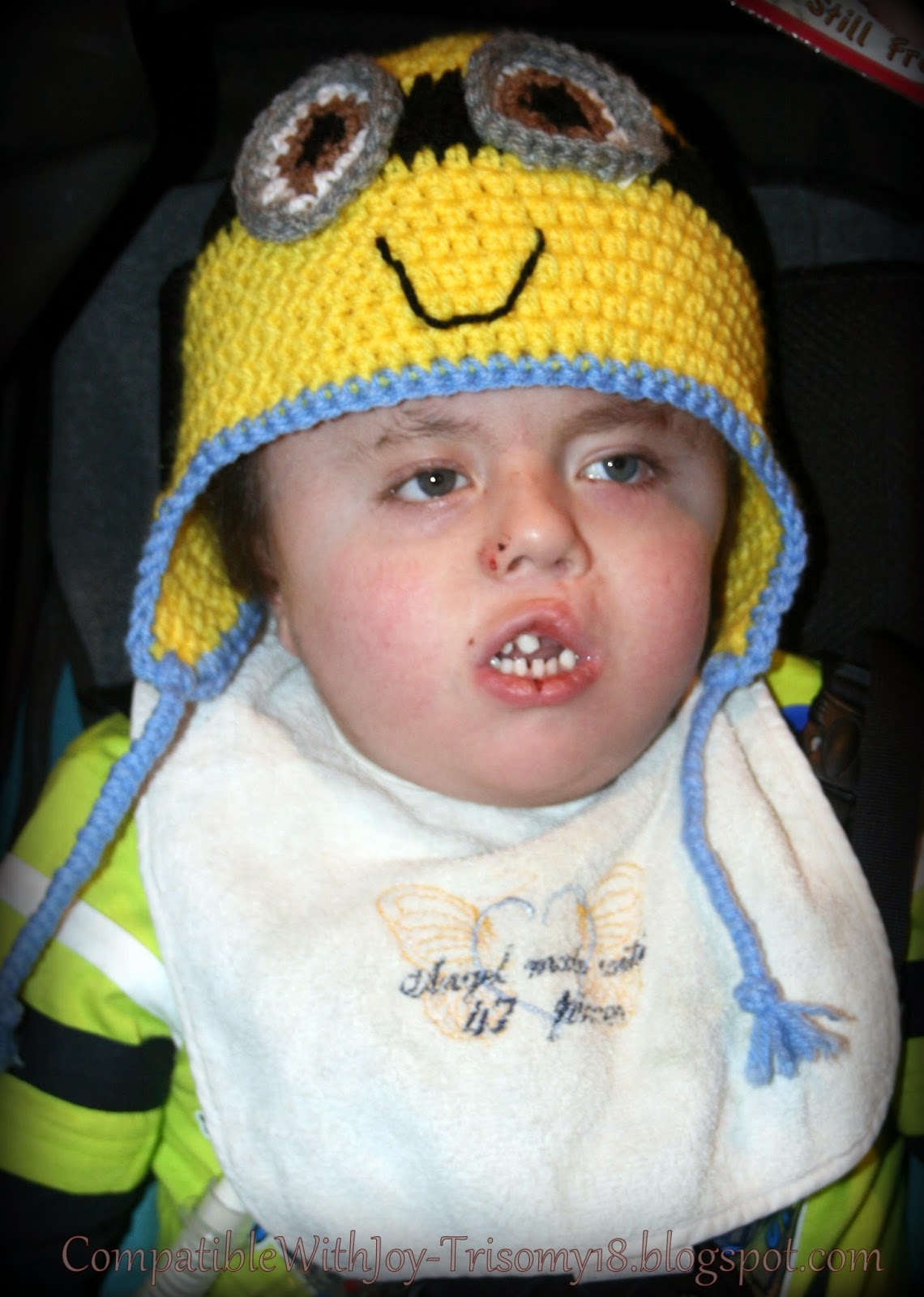 He finally got himself a haircut last night.  I mean, these curls were getting really impressive, but there are a couple of challenges with that.  When you spend the majority of your time lying on your hair, it gets pretty tangled.  And it also causes interference and feedback with his hearing aide, so yeah, it was time for a trim. 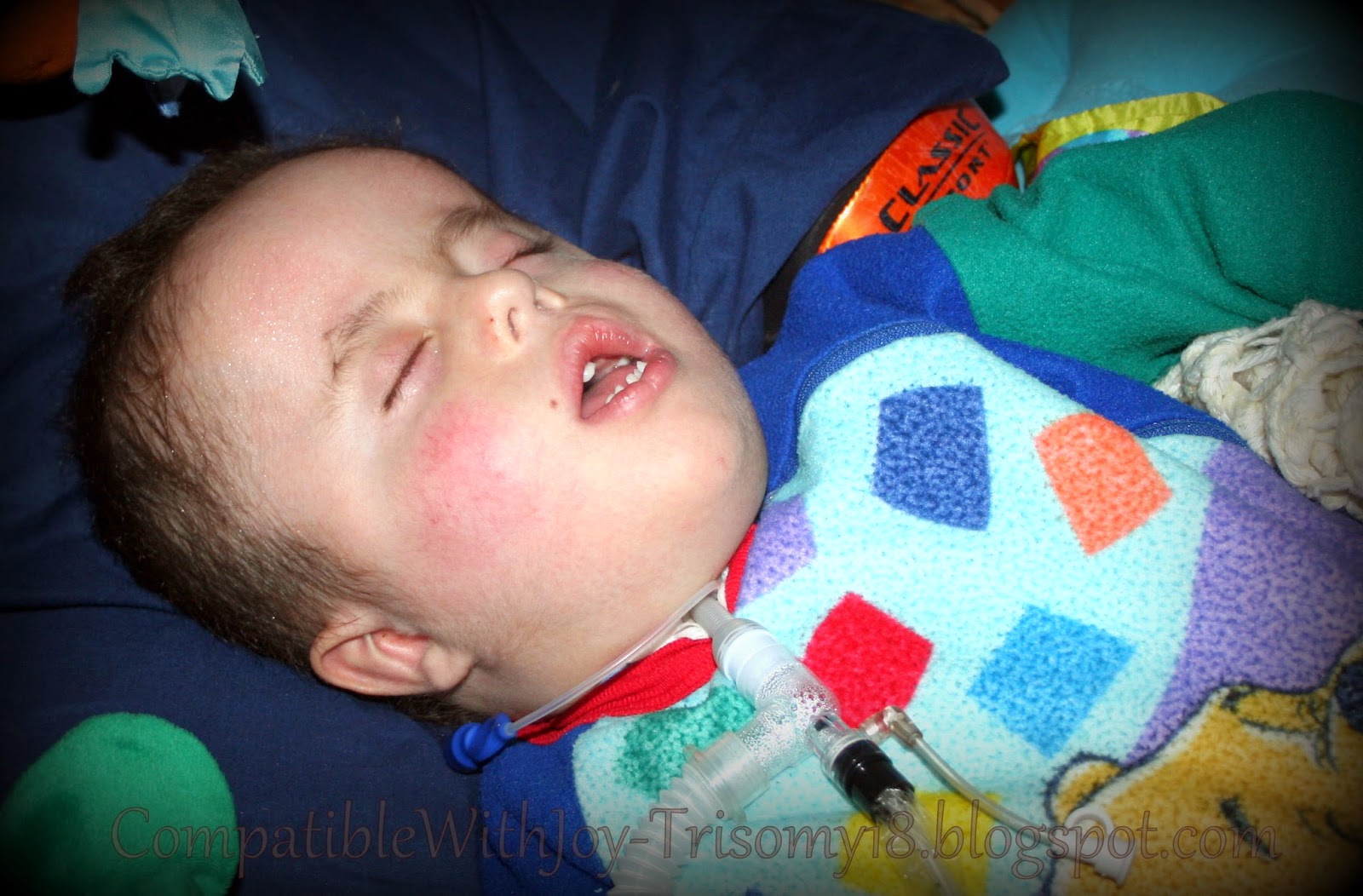 Not his favorite thing, especially when it's followed by a bath.  Poor kid was just all tuckered out afterwards.

He does have a blast with his Christmas present though.   They say it's the simplest things that are the best, and it doesn't get much simpler than some PVC pipe and connectors.  He loves to get those toys swinging, and it's also motivating him to move around his bed more.  Big grins!

This weekend I finally came to the conclusion that I needed to leave some excess baggage behind.  I actually belong to several support groups, groups that I've gotten a lot from, and I hope, given a lot to as well.

There are a couple of local groups, some Trisomy groups, a couple trach pages, a vent page, a heart page.  Well, you get the picture.  They each have their own niche, but in each, I also felt like I could be me.

However, one that has been near and dear to me has been changing a lot.  There are lots of new "rules."  Like, "no religious discussions or posts" which has been interpreted as, "no religion." If a group member has any extra supplies, they can't decide to give them to someone else, they have to turn them over to an administrator to deliver them.  Group members can't ask questions for anyone else except the child that's involved.  They can't put up anything remotely political.  You can't talk about another Facebook page on there.  And so on.  It's gotten to where I felt like I couldn't put up anything, especially my blog, because somewhere in what I say, something's going to cross the line.   And if a post "crosses a line," it's deleted.  Even posts where members say they're moving on are deleted.  I finally decided that it was too painful to continue being part of it.

But leaving was painful, too.  It had been a good fit, for quite a while.  Parents on there "get" that it's hard, but good, parenting a special needs child.  And I met (yeah, actually literally met in person!) several friends on there.  I had an emotional investment in it, time, energy and a lot of love.  So it was hard, even if it shouldn't have been.  And I was struggling. 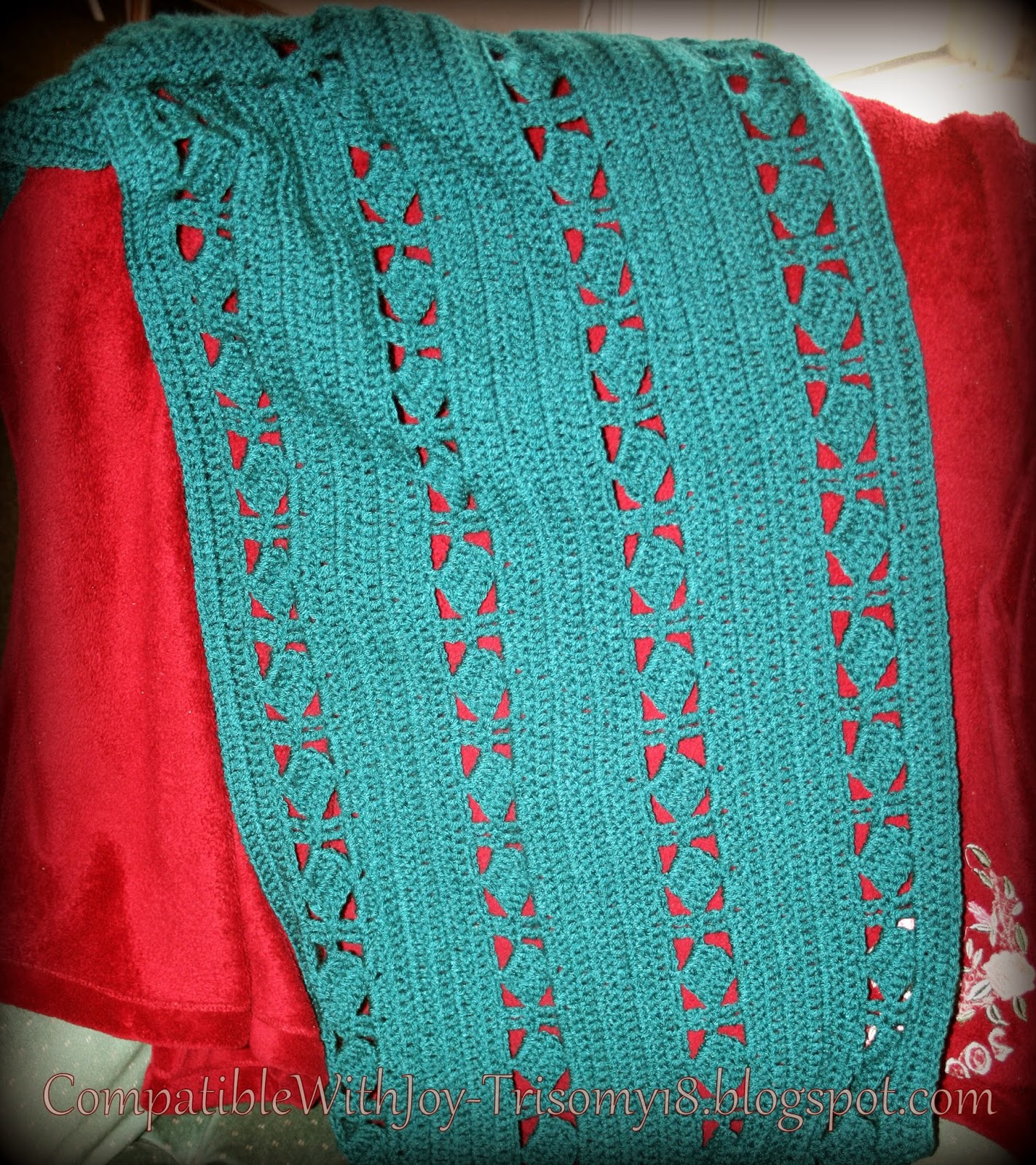 But then on Saturday, a sweet package came.  A friend, whom I haven't seen in over 18 years, sent me a present.  She told me she had a "little something" she wanted to send me.  That "something" turned out to be a "hug" that she had crocheted.  It came at the perfect time.  She told me she had made it for me and prayed and loved me with each stitch.  Perfect timing?  A tender mercy?  Absolutely.  I needed that hug, and I needed it this weekend.  What a blessing.

"The tender mercies of the Lord are real and that they do not occur randomly or merely by coincidence."  Elder David A Bednar


Posted by CompatibleWithJoy at 1:57 PM