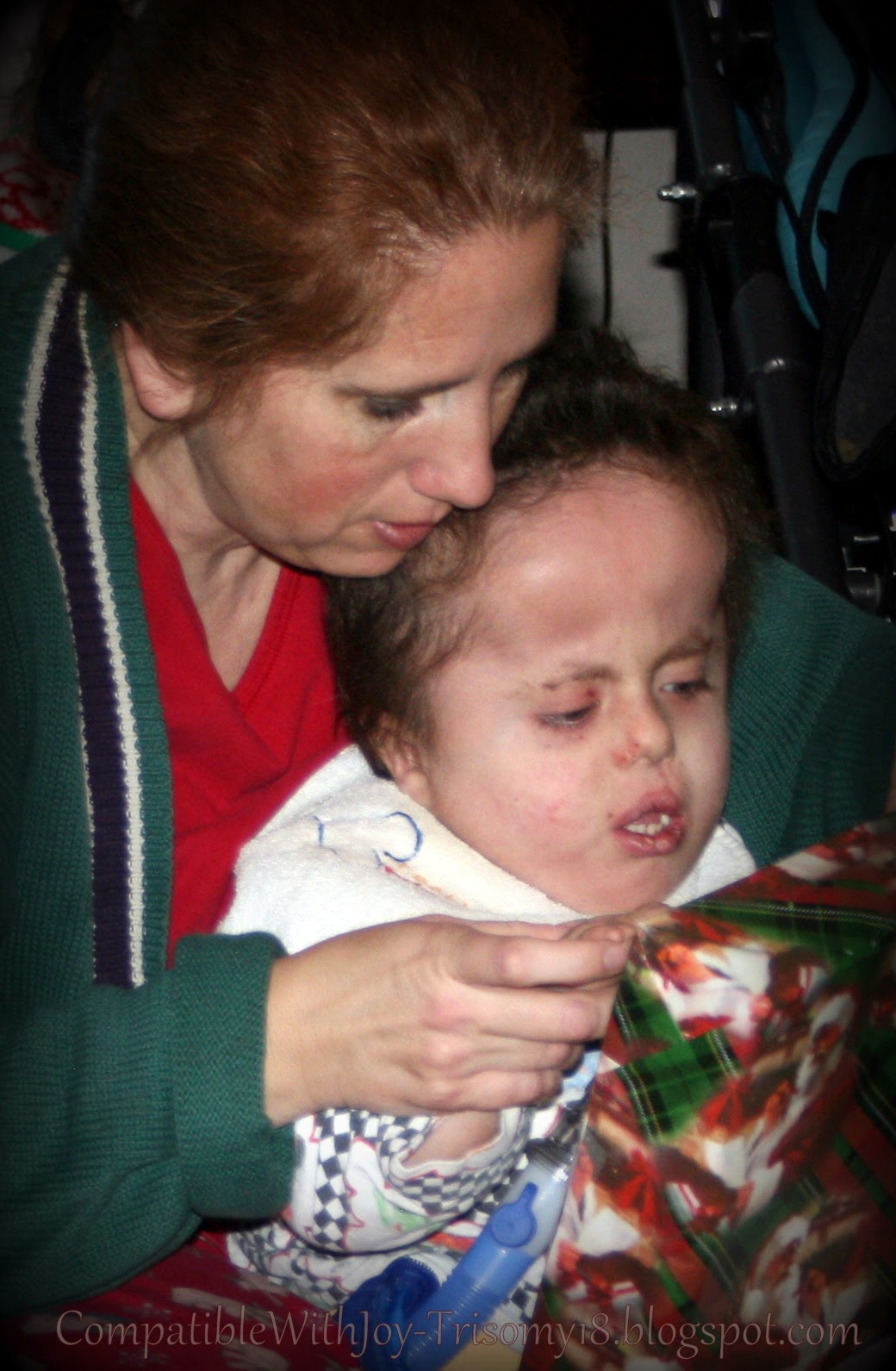 I'm sitting here in a very quiet house, even a fairly clean house.  We put the Christmas decorations away yesterday, and it's a little unreal.  By New Year's, I've always felt very ready to have my home "back" again.  But this year it went up late ('cause we were at the hospital) and Christmas was late, too (see the above reason!).

So New Year's Eve became Christmas, New Year's Day was Christmas and New Year's Eve, and Saturday, two days after "Christmas" we took everything down.  It felt kinda fast.  But I have to admit, it's nice to have things back to normal, whatever that is.

This year, we did a lot of homemade gifts.  (Side benefit of being in the hospital, more time for crocheting.)  I didn't realize that my girls were doing the same.  The love that goes into each stitch, each carve of the knife.  What a blessing to be able to focus on one person and pray for them as you work on something special.

This past year has been a rougher one for Aaron.  We managed to stay home from the hospital in January.  In fact, we went in to the ER and managed to come HOME again that night.  (I think we did that twice this year, amazing!)  But in February, he picked up a flu-like virus and ended up in the hospital.  As soon as we could manage it at home, we checked out so as not to pick up something else "wonderful."

We skipped March, but the beginning of April, and again over Mother's Day, Aaron got sick with rhinovirus, and we checked into the "Hotel on the Hill" (Primary's) for a week both times.  I officially HATE rhinovirus.  I know, no one likes the coughs, runny noses, yucky feelings.  But for Aaron, it truly is life threatening.  I mean, you may feel lousy while trying to breathe through it, but I'm pretty confident that your oxygen sats are still well into the mid to high 90's.  Aaron, he likes to hit about 70.  And if we'd let him, I'm guessing he'd drop further, too.  But before he gets that far, we're forcing 100% oxygen into those tight, sick, oh-so-frail lungs.  But good times, he did well, recovered, and came home. Both times in record time.  So hey, it's improvement!

June was a really fast trip, only a 14 hour admit!  But it was scary, too.  He had a massive asthma attack that I didn't recognize in time to get ahead of it.  It was ugly, 'nough said.

July, August, September and October were just "normal" months.  (Whatever that is, normal is a setting on the washing machine, right?)  He went to parties, parades and started school.  He even went out trick-or-treating on Halloween!  Fun times, fun memories.

November found us back in the hospital with, wait for it ...  yeah, rhino, again!  This time he actually did really well.  It was mostly a watch and wait for him to get back 'cause he was in sorta okay shape when we got there, but hadn't hit the peak yet.  We were very aggressive with his care and managed to work through things pretty well.

I guess he took that as a challenge though, or maybe he wasn't back up to speed yet just before Christmas.  We lifeflighted in two days before Christmas, and it was a really rough go of it for a day or two.  Not rough as in "we'll be needing to do a little extra here."  Rough as in "don't you dare give up on me yet, child."  I don't remember ever seeing him as sick as he was this time.  I know we've never needed the amount of support they put him on.  I don't know what to say except that I'm so grateful for prayer and for his fighting spirit.

Which brings us to today.  He's doing better.  He came home much sicker than he has before because we were trying to get home for "Christmas."  He's still be on more of his asthma medicine and more often, than he usually is.  But yesterday, we pulled back to his normal "sick" schedule.  And today, we're going to try just let him tell us if he needs it.  Scaling back, it's good. 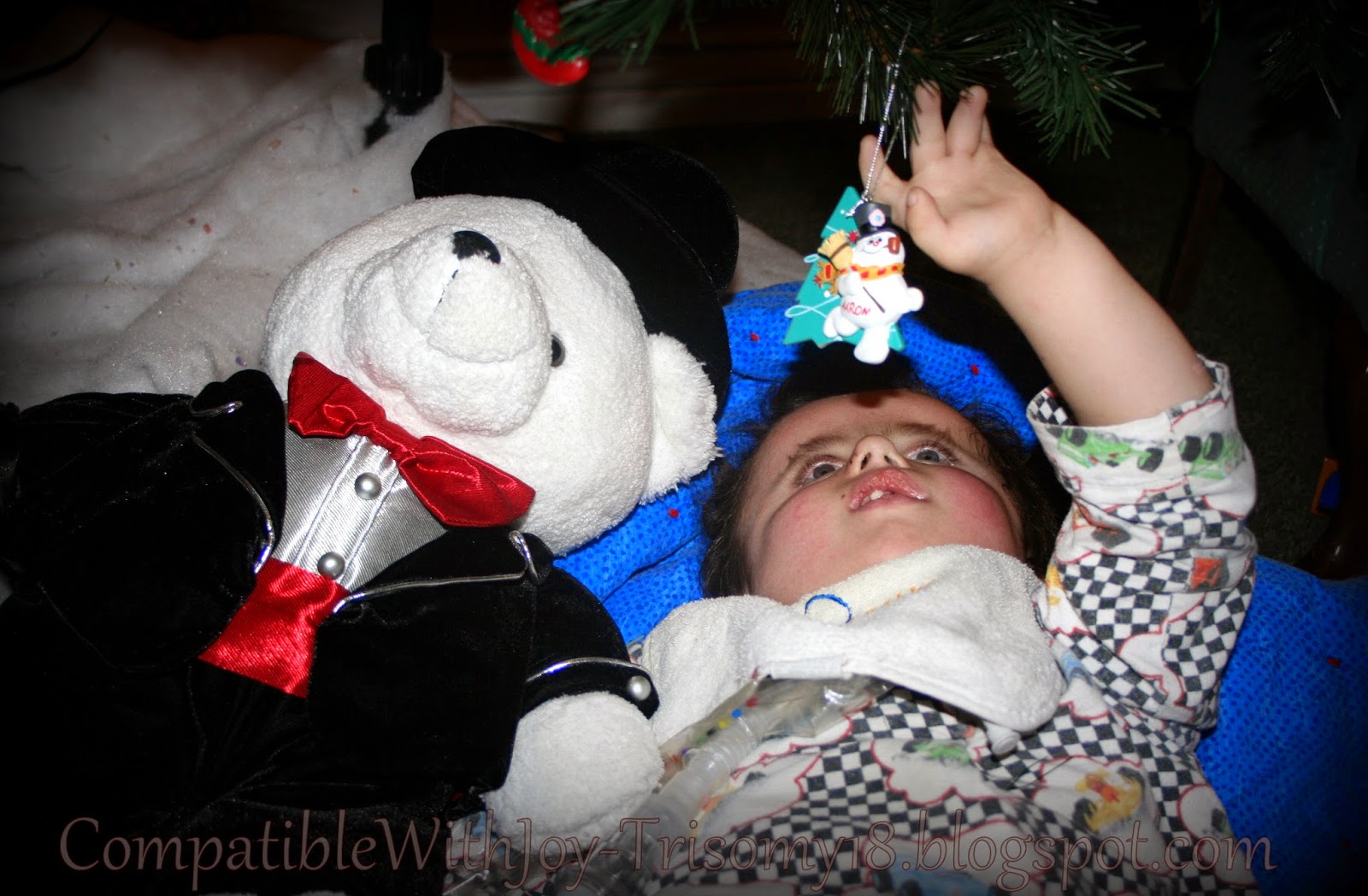 He's now on house arrest except for school and doctor's appointments, and if the season gets much worse, we may revisit that as well.  Love my bug.  Gonna do all we can to keep him healthy.

Posted by CompatibleWithJoy at 12:15 PM