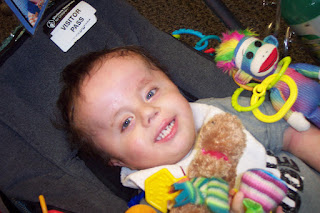 It's been a really busy time around here the last couple of weeks, and I don't think any of that's going to change in the next two. 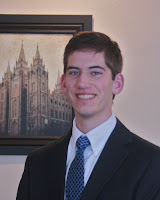 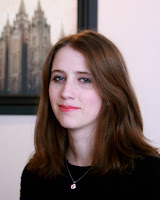 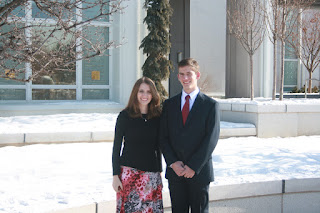 Mary and David both went to the temple for the first time ten days ago in preparation for their missions.  It was an incredible experience, especially to have two receiving those special blessings at the same time.


It reminded me in so many ways of 21 years ago (can't believe it's been that long!) when my brother and sister, Richard and Mara, did the same thing at the Salt Lake Temple.

Aaron has been having a great time.  He turns 31 months today!  We're coming up on 1000 days of life.  How's that for thriving??  I put him in his stander yesterday, and he thought it was great fun!  Usually, he likes it okay, but something sure was tickling his funny bone yesterday!

He and I are the only ones in the whole house who haven't been sick in the weeks since Christmas.  William caught some kind of respiratory illness, but not the flu.  Deborah got influenza.  Thankfully, she got the vaccine so it wasn't as bad as it could have been.  Then, the rest have been passing around a lovely stomach virus, over and over again.  Knock on wood, I think everyone is finally healthy again.  (But I'm saying that very, very softly.)

Aaron and I went to Riverton on Monday to see his cardiologist and to Salt Lake on Wednesday for his new brace.  He got a good review from Dr. M who said that while it's not time to close his VSD yet, they will be watching carefully for when the window does open.  And he also reassured me that there are many people who live a long time with a VSD and pulmonary hypertension as long as it is well-controlled, and Aaron's is.  What a blessing.  This is a doctor with whom we have felt very comfortable from the beginning.  Incredibly knowledgeable and also very compassionate.  I would recommend him without reservation to anyone.


It was a frigid 7 degrees out on Monday morning.  I didn't realize that oxygen tubing loses it's suppleness at that temperature.  Fortunately, when we got inside it went right back to being very pliable.

In contrast, on Wednesday, it was a balmy 37 degrees.  I NEVER thought I'd think 37 was warm, but after Monday, it was downright comfortable!


This time at Shriners was happier for Aaron.  He was waaaay exhausted.  He'd stayed up all night, taken a half-hour nap at 8 a.m. and then was up until about half-way through our 1:00 p.m. appointment.


It took a long time (2 hours) to get the brace fitted correctly.  They'd put it on him, measure and then go to cut a little, refit, remeasure and so on.  Each time, he'd fall asleep while they were gone.  But each time, he woke up happy when it was time to try again.

We've also had a lot of snow since Christmas.  It's a good thing we didn't try to go to Arizona.  By the time we could have left, it would have almost been time to come back home.  But Gramma and Grampa Brown came up to see us instead.  Gramma even got in some good cuddle time with Aaron.  This is how Aaron likes to spend his snowy days, inside, playing with his toys. 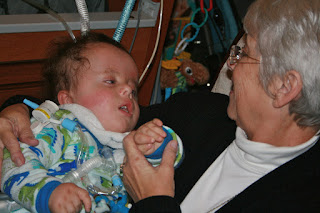 Actually, he's been grounded again this winter.  I wasn't going to do this unless he started getting sick.  But with all the flu and RSV out there, we decided to make a preemptive strike and limit his exposure to necessary doctor's visits.  Frankly, the thought of him catching either scares me to death, because they could very likely cause HIS death. Just not something I want to even think about.


So with snow, illness, school, homeschool, temple trips, doctor's visits and the craziness that comes when trying to get a son out on his mission in two weeks, life has been very full.  Very full, very fulfilling, and very happy.

Life is pure adventure, and the sooner we realize that,
the sooner we will be able to treat life as art.
Maya Angelou

Posted by CompatibleWithJoy at 10:07 PM