We're Having a Rough Time.

UPDATE:  I gave up and we're at Primary's being evaluated.  We'll see what happens.

The title kinda says it.

Had we not escaped on Wednesday night, we'd still be there.  In fact, the jury is out on whether or not he has to go back.

Thursday was rough.  He probably spent more time on the bag, or being bagged, than he did on the ventilator.  Friday was a little better.  Yesterday was bad again, and today, well, let's just say it's not looking like a banner day.

I'm not sure what's going on.  I've pulled out everything I can, vest treatments, albuterol every 2-3 hours, everything.  His lungs sound better after a treatment than before, but somehow, he just can't keep his sats up.  His heart rate and respiratory rate are high as well.  But no fever, so that's good.  I just can't figure it out.

Anyway, I sorta promised a look back at the pictures I put up for Trisomy month.  And frankly, I don't think you really want to deal with the dark thoughts that I've been working through.  No, he's not in danger, it's just the kinds of things that go through my mind whenever I cut his hair or put his monthly supplies away.  And really, I don't want to dwell on those thoughts either.  So here goes: 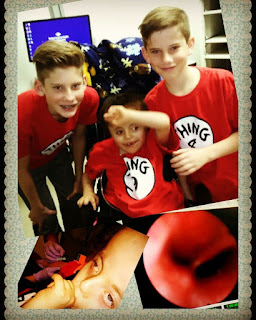 March 6 When the doc wants to stick a camera down your throat and the techs poke you three times to get blood, you bring big brothers along as backup. 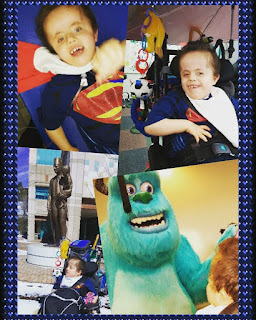 March 7  I took a trip up to Shriners today to have my wheelchair looked at and came away with a nifty new sunshade. Also saw some friends up there having work done on their own chairs! Fun times! 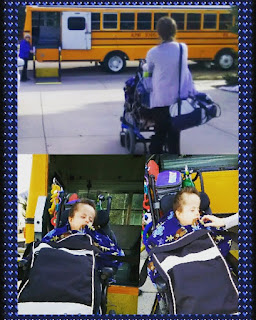 March 8  Off to school. Another day of 1st grade. 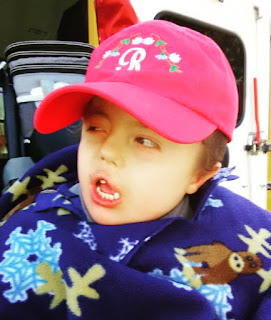 March 9  Spring is coming and with it comes outside recess and lots of sun. But Aaron's eyes are really light sensitive so he borrowed mama's hat today and can actually open his eyes outside.

March 10  Since I'm away all day, I'm sharing a video from his Valentine's dance this year. The ladies just love him. 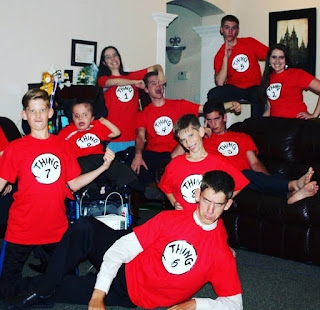 March 11 Siblings, yeah, they're kinda crazy. But they keep each other grounded and rather than getting caught up in the "Trisomy" he's just their little brother. Plus, he never gets into their stuff. 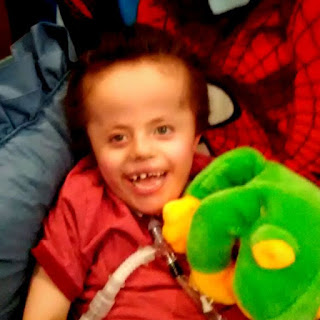 March 12  Trisomy awareness. Could his smile be any sweeter? 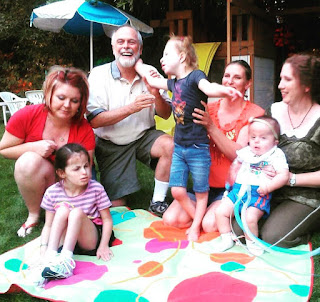 March 13  It's March 13, Trisomy 13 day. T13 is also thought to be "incompatible with life." That cutie in the middle will tell you otherwise. 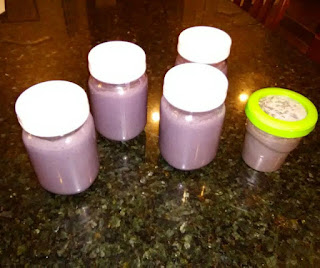 March 14  Aaron never figured out how to protect his airway when he eats, so he gets his food through a g-tube. This is what he gets in a day, essentially a smoothie where I can vary his protein, fruits and veggies, you know, like we do. 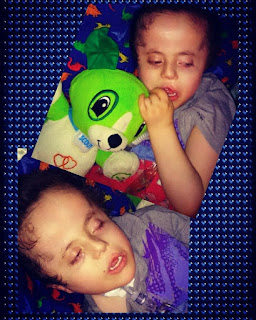 March 15  Poor baby had a really rough time yesterday afternoon. Asthma? Getting sick? Lower GI issues? Not sure, but I've got my phone on at work today. 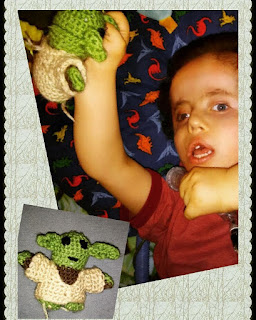 March 16
Aaron has night nurses that care for him while we sleep. Staying awake can be a real challenge. One crochets to stay alert and one morning I found Yoda in Aaron's bed. He loves it! 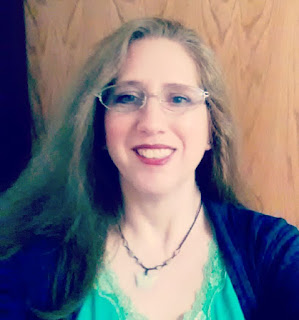 March 17  Symbolism. Green for the Irish, blue for Trisomy 18, and the butterfly for all the children called Home too soon. Who will wear blue with me tomorrow for Trisomy 18 Day tomorrow? 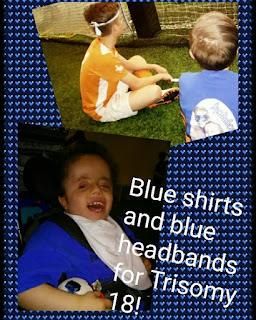 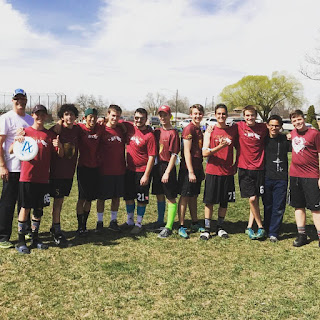 It's hard to see, but the Lone Peak Ultimate team is wearing light blue armbands for Trisomy 18. Plus a blue A on the disc! 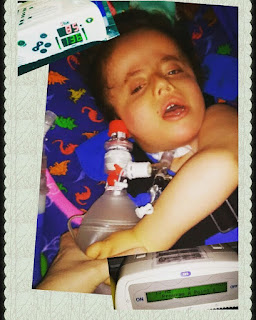 March 19  You've got good days and bad days. Sometimes you're pulling out all the stops just to keep them here. Today is one of those. But it's so worth it. 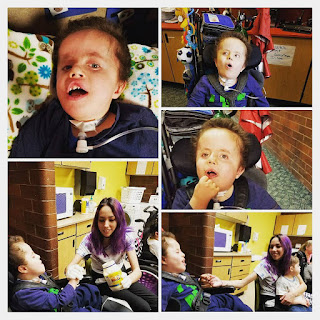 March 20  He's home sick today, but had lots of fun last week at school. He even helped make the snacks! Yeah, the ones he won't let anywhere near his mouth. Silly boy. 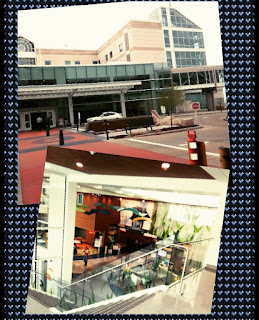 March 21  Aaron thinks Primary Children's is an awesome place to vacation. Fortunately, it's been a while since he's taken "time off." 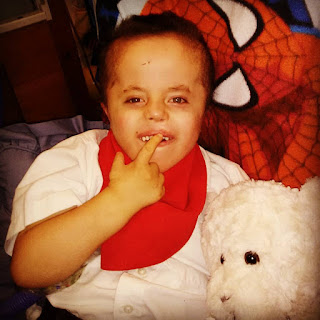 March 22  One of my favorites. There's something up his sleeve, but he's not saying what. 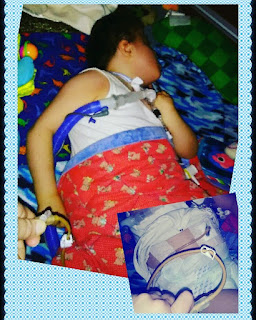 March 23  Trisomy awareness. Aaron gets his food though a button that goes directly into his stomach. Besides the medical advantages (no food in the lungs is kinda important) there are some other great benefits. He gets to sleep in longer and we don't have any two hour long I-won't-eat-a-bite-it's-yucky" meals. I may or may not have occasionally threatened my other kids with one... 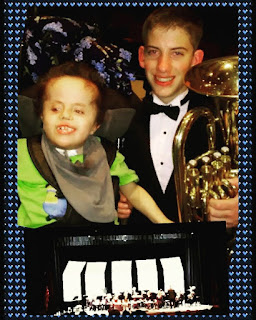 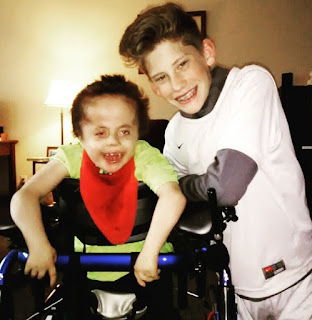 March 25  Hanging out in his stander, trying to decide if he should put his feet down or just let his big kids push him all around and not do any work. 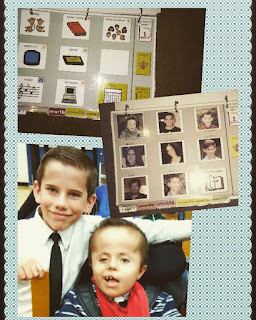 March 26  A few weeks ago Aaron used his communication book to say twice that he wanted to "play with Michael." Michael was sick at the time and staying away so Aaron wouldn't get sick. He missed his brother. This kid knows what's going on. We just have to find the way to unlock the communication. 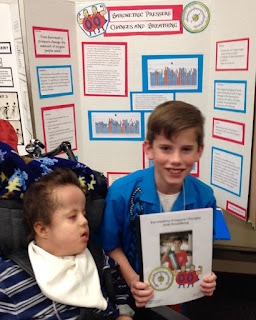 March 27 Aaron provided the inspiration for Michael's science fair project- How weather patterns affect our breathing. They do! And now we're at the state level. 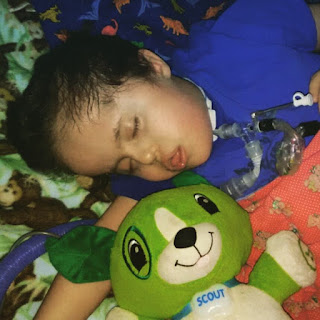 March 28  Late afternoon nap after working hard in school. Pictures of that tomorrow. 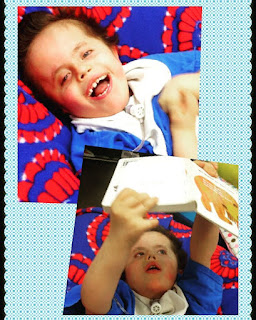 March 29  Aaron LOVES school. Learning to write his name, being with friends, reading books. What could be better? 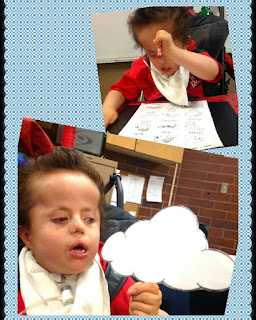 March 30  Learning about the weather and the sounds different letters make. You know, first grade. 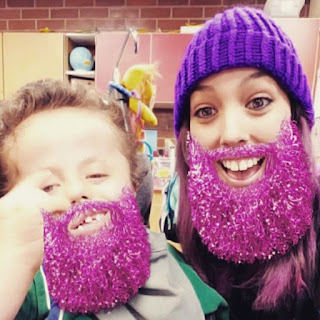 The worth of souls is great...
Doctrine and Covenants 18:10


Posted by CompatibleWithJoy at 6:57 PM