What I Wish People Knew 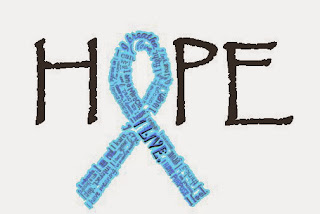 Lately, it's become a "thing" to put up a Facebook post saying "What's the one thing you wish people knew about you?"  It's not a bad idea, but as I actually pondered this one, I figured no one really wanted my to hijack their post, and they probably weren't looking for the things I was thinking.

Warning, this is one of those "therapy" type posts, and it's likely to be rough, maybe even a bit ugly.  And no, I don't need an intervention.  But sometimes, I think people look at our lives either as a jail sentence, or as if we're up on some kind of superhero pedestal.  Frankly, neither is true.  Mostly, special needs moms are just moms like any other mom.  We do what we have to, learn what we need to, and fight like dragons to keep our children alive.

And sometimes, I still feel like that unsure, timid mom.  No, I don't wonder where to turn.  I've figured that out.  But it's more the things that come up.  When he's alarming over and over, I worry that I've missed something, and even more, that I haven't missed something, and there's nothing that can be done.

People tell me I'm so confident, organized, energetic, "got it together."  But a lot of the times, that's just not true.  I worry, second guess myself.  I worry about everything, seriously, EVERYTHING.

A look in my cupboards and closets will tell you that "organized" might cause laughter among those who live in my home.

And "got it together"?  More like "fly by the seat of my pants."

I miss a lot of things.  Lack of energy, lack of time, sometimes lack of motivation.  Sometimes it's lonely.  Really lonely.  Other people really don't "get it," what it's like parenting a child like Aaron, and parenting typical children and their needs along side of an Aaron.

But then there are the really great parts, too, and the funny ones.  Like when your kid can keep his cool and force air into his brother's lungs for 30 minutes, and can't figure out why anyone thinks it's something out of the ordinary.  Or another one looks at the pulse/ox monitor and figures since he's feeling pretty good, the 86 must be his oxygen saturations.  Had to break it to him that if his sats had been 86, no way the ER would have let him go home.  That was his heart rate.  His sats were 94.

So where is this all going?  I guess it's just this.  I'm a mom, just a mom.  But a mom who's had to learn a whole lot more than she ever thought she would.

I speak medical fairly fluently, but I also speak heartache and joy.  I employ more filters than I used to, maybe because I've been around those who haven't, and I've learned it hurts when people don't think before they speak.

Before Aaron was discharged from the NICU, we had to do a newborn CPR class, and I nearly lost it.  I just couldn't imagine breathing for my child when he couldn't.  Yeah, that was the part that broke me.  But now, I do, his siblings and dad do, and my nurses all learn as well.  And other than wondering how far it's going to go, how long we're going to have to do it, it doesn't bother me (much).

I've faced down and gone through thought processes I NEVER imagined I could.  And I've come out broken, but stronger, for them.  I was talking with someone about funerals etc today and they asked me how I knew so much about the ins and outs.  I reminded him we'd been looking at one for seven years now.  Doesn't mean it's easy, just means I've had time to become educated.

So I guess what I wish people knew was that I'm just me, sometimes overwhelmed, insecure and short-tempered.  Sometimes all put together and relaxed.  Not a superhero, not someone to be pitied.  Just someone trying her best (most of the time) and hoping to leave the world a little better than she found it.

And if this has been too long (yeah, I tend to ramble, I know), just watch this brief video.  But go all the way through.  I can connect with so many of these scenes, somehow especially the one in the parking garage.  But I also know the strength of wiping the tears, believing, and moving forward.  Because as long as there's life, there's hope.  And that may be the strongest medicine of all.

Learn from yesterday,
Live for today,
Hope for tomorrow.
Albert Einstein
Posted by CompatibleWithJoy at 9:58 PM