Friday in the Big House 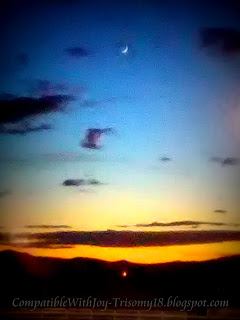 There's still not a lot to tell.  I've put off posting updates, because I just don't know what to say.

Nothing's growing out from the sample from his lungs.  He still has no fevers and his lungs sound pretty good.  Albuterol doesn't seem to be doing a lot for his oxygen needs, but it's also not raising his heart rate, so it's probably needed.

We pulled a BNP yesterday.  It's a blood test which measures how much stress the heart is experiencing.  Anything under 100 is normal.  Normal for everyone, not just Aaron.  His was 34.  34!  He's never been that low before, and no, there isn't a "too low" number for that one.  So while that doesn't give us a new direction, at least it's comforting.

But he's tired, really tired.  When he's awake, he's happy.  But he's sleeping a lot.  And still needing 5-10 liters of oxygen, depending on whether he's awake or asleep.

I'm really hoping to see cardiology today.  I don't know that they've got anything to offer, but because of the holes in his heart, his pulmonary hypertension could still be causing issues.  So we'll see what they have to say.  We've also given him some steroids, in case we're missing inflammation in his lungs.

Because we don't have any idea when he'll get sprung, tomorrow afternoon I have to go home and make more food for him.  Thank goodness for good friends who are willing to come in while I'm gone.

Basically, it kinda feels like we're shooting in the dark.

Oh, and don't mind the lovely bandage on his nose.  He's got a small scab that he keeps scratching off.  And in spite of his platelets finally being up at least close to normal, when he bleeds, he likes to bleed.  So this is our latest effort to keep his bed from looking like a massacre site.


“Only in the darkness can you see the stars.”
― Martin Luther King Jr.
Posted by CompatibleWithJoy at 1:40 PM