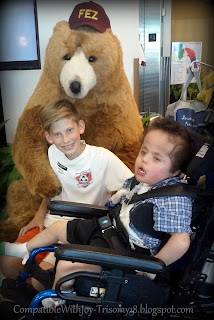 Well, we ran away, quick like a bunny, but probably too soon.

He IS still at home and we're not planning to go back, but it's been a bit of a battle keeping him here.  I think it's been one part stubbornness and two parts lots of equipment and experience.

We've bagged him a few times, put him on tanks of oxygen at 10 to 15 liters, and briefly tolerated sats in the mid-80's.  Let me tell ya, running on 12 liters a minute, you can empty a full tank in  just under an hour.  Fortunately, since he's been in the hospital and on their oxygen, we've got plenty of tanks.

But he's happy and we're at home. 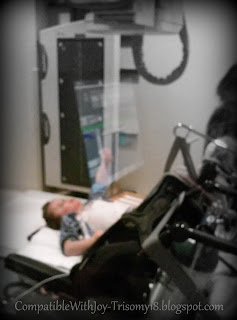 Wednesday he had appointments both with a dietician and orthopedics. We're tweaking his food again, but just a little bit.  Overall, we've got a good plan in place.

Shriner's Hospital takes care of his orthopedic challenges.  They're the ones that did the casting and surgery on his feet and are following his scoliosis.  Once a spinal curve reaches a certain point, it progresses fairly quickly.  We're getting there, so they're watching him every year.  BUT he's only progressed from 33% to almost 35% curvature in the past year.  That's really good.  At some point, he'll need surgery, but we won't even talk about it until he's past 50%, and probably not until closer to 75-80%.  By then it will impact his lungs and heart so it will be a necessity.  So frankly, almost 35% was a good thing to hear. 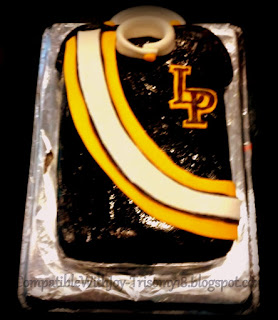 Right now, he's hanging out at home.  We tried to go to church today, but no dice.  He needed too much oxygen to be able to stay.  But he's laughing and playing.

Plus, it's big brother, Joseph's 16th birthday, and our last birthday for over two years that we'll have everyone here for.  He missed Dad's and Matthew's 'cause he was in the hospital, although he was around for Michael's.

And maybe next time he's at his "vacation home" Mama won't be such an impatient patient.


Experience has taught me this, that we undo ourselves by impatience.  Misfortunes have their life and their limits, their sickness and their health.
~Michel de Montaigne
Posted by CompatibleWithJoy at 1:50 PM