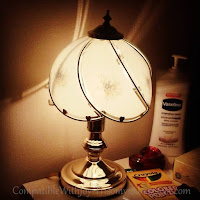 Last week I wrote about our crazy, fun, busy week.  Fortunately, the intensity dropped a bit the past seven days, but it's still been "exciting."

We had a birthday party, two ER trips (two different patients, gotta spread the love) and a cold. 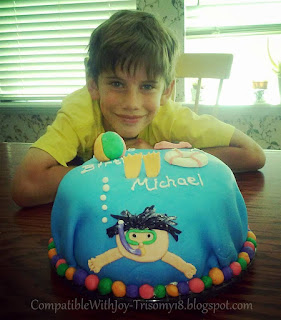 First off, Michael hit the double digits this week.  And he decided to get the ER in on the fun.  He's been having nosebleeds off and on, I'm sure thanks to the really hot dry weather we've had.  But the morning of his birthday, it just didn't want to stop.  After working on it for 45 minutes, we needed more than I could do at home.  So I packed it up good and we headed in.  The doc said we'd done everything right, packing it for 20 minutes, gently blowing out the clots, and repacking.  He cauterized it (said we were already the 2nd one that morning, and this was before 8 a.m.!) and said he was good to go.  Fortunately, so far, we haven't seen any more.

But Michael has also had a bit of a cold, which means that Aaron was directly in the path of the same bug.  We saw some clear stuff from his nose starting on Wednesday night.  Thursday afternoon it picked up, and by Thursday night he was really struggling, starting to run a fever, junky, and using a LOT of oxygen.  Earlier this week he managed to spit up past his nissen (the surgery that supposed to prevent this kind of thing) and I was worried that he might have aspirated into his lungs.  So we packed up and headed into the local ER.  If it didn't look bacterial, like something we needed an IV for, I was heading right back home. 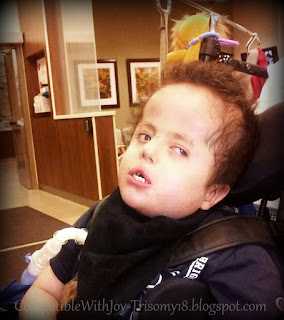 This approach really hasn't worked very well in the past.  The vast majority of the time either it's obviously a nasty infection, or he decompensates (goes down hill) really fast, but hey, hope springs eternal, right?

And this time it worked out!  X-ray looked just like him, his labs were pretty good, too.  His oxygen needs have been so much lower since starting his blended diet, that we had enough room to come back home.  Had we been starting where he's been sitting for the past few months, well, trying our local ER never would have happened.  I'd have had to call our friends at the fire station for a ride up to Primary's.

It hasn't been perfect.  He's certainly had his ups and downs.  I thought maybe he had peaked on Friday, and we even made it grocery shopping yesterday (funny, people around here are still convinced that eating regularly is important).  But last night was pretty rough again.  High oxygen needs, maxed out for a little while, lots and lots of junk. 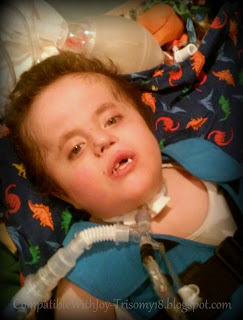 However, to put that in perspective, maxing out means I'm giving him roughly 50-60% oxygen (we breathe 21%).  At this point in a cold, we're usually sitting in the PICU on their ventilator, using between 80 and 100% oxygen.  And the only thing that has changed has been his diet.  I'm so grateful that we changed it, for everyone who's helped me figure things out.  But I'm also trying not to kick myself for not starting sooner.

Right now, he's resting.  I'm giving him breathing treatments and using his shake vest every four to six hours.  He did stay up almost all night last night, and he's not quite out of the woods yet, but I'm feeling cautiously optimistic that we're going to beat this one at home.  Home, yeah, where he belongs.


There is nothing like staying at home for real comfort.
Jane Austen

Posted by CompatibleWithJoy at 9:49 AM