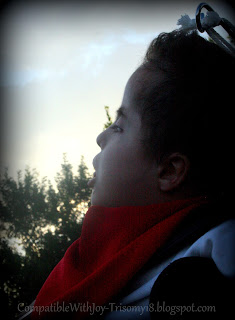 It has been a crazy, intense, busy, FUN week around here.  And lots of pictures.

We started out with the 4th of July, Independence Day.  Joseph was marching with the band again this year, so we made an early trip down to Provo for that.  Aaron enjoyed the first part, hanging out and seeing people, but then when it started, well, that wasn't so great. 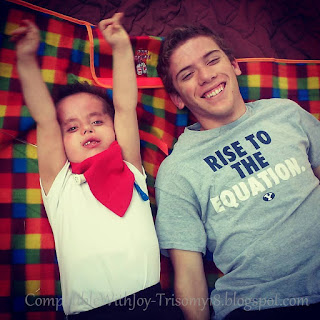 See the emergency vehicles, police, fire, ambulance came by with their sirens, and not only was it LOUD, it went on for quite a while.  Just like any other small child when startled with loud noises, he wasn't a fan.  Lots of people around thought it made him anxious because of his many rides, except that's not it.  When they come to our house, we can hear sirens in the distance, but they turn them off when they hit the neighborhood.  Had he recognized them for what they were, I don't think it would have bothered him, except for the disappointment when his buddies didn't actually show up. 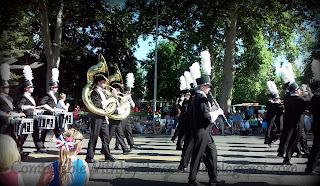 We did finally get him calmed down,  But a positive side note to all the tears was that he opened up his lungs really, really well!  His oxygen sats were amazing after that.


He was much happier by the time the band came by.  We claim the shorter sousa player, the one on the left.  I love marching band music.

That night, most of us headed out to Thanksgiving Point for the fireworks display.  I was a little worried about the noise given what had happened that morning, but the kids wanted to go and I figured if it was too much, I'd just take him back to the car.  Um, nope. 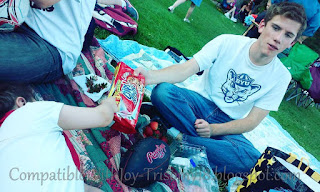 First of all, he had a blast watching the kids playing.  And I guess he figures that if he's eating real food now, he wants the good stuff.  Poor kid, no blender around.  He didn't get cookies in spite of his efforts.  Once the fireworks started, he just leaned back and watched and grinned.  Win! 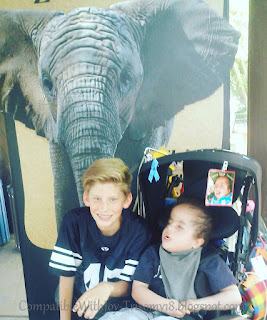 Tuesday found us with a pulmonology follow-up from his last hospital admit.  Since the zoo is right there, Andrew and I decided to make a day of it.

Then when we got to the hospital, something sure was funny!   This kid was busting up laughing the whole time, but he never did let onto what the joke was. 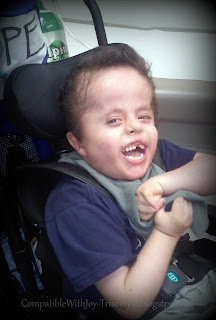 The visit itself went really well.  Turns out that when you put together the bronchoscopy he'd had bedside and the lung CT scan, they don't say the same thing.  Dr. U said that the truth of what he's dealing with probably likes somewhere between the two. The CT scan said that his trachea and main branches were being compressed but the bronch didn't show that.  I'm okay with them not being compromised that way.  We'll also watch him closely this month because of the changes in his feeding and then try to reduce some of his asthma meds at the end of July.  I think I'm already seeing changes from his new diet.  The last few days he's had higher saturations and lower oxygen needs than we've seen in many a moon.  Maybe that's what he's laughing about?? 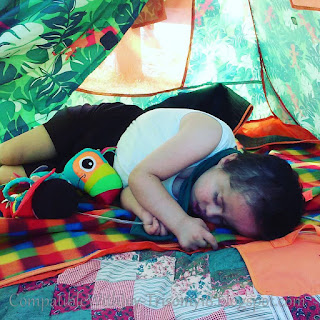 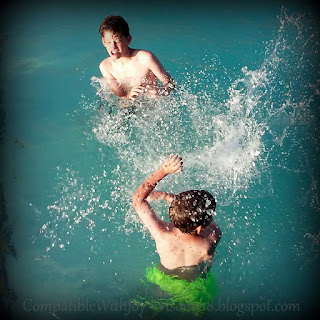 Wednesday I had a non-driving kid need a ride to and from work at the water park about 45 minutes away.  Having not spent my childhood aspiring to drive taxi, the three younger boys went along with me and we hung out and let them play.  Or rather, Andrew and Michael roamed Seven Peaks and the water slides, and Aaron took a nap.  He sure looked comfy. 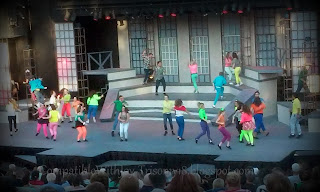 Thursday found the family at Footloose in Orem.  It's hard to tell, but the guy in emerald green is ours.  The music, costumes and hairstyles brought back a lot of fun memories from growing up.  And once again, Aaron got a real kick out of something.  I wish I could pick this kid's brain.  He sure manages to find joy in just about everything. 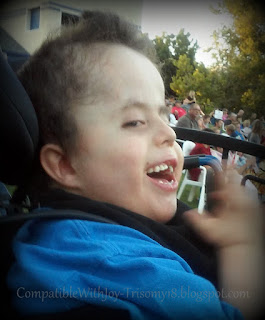 Friday we went up to my sister's house to visit with her and another sister who was in town, and then Saturday, they came down here on their way home.  Saturday night we just stayed HOME.  It was the first time since Sunday night that we were here for his 8 o'clock meds.

Like I said, it's been a looooong week, but a good, fun one.  We have some of William's family coming over tonight, and the younger boys have been thrilled to be having so much cousin time with cousins from both sides.  Aaron is happy, laughing, playing and interacting.

I love the changes we're seeing with his new diet.  I'm so grateful for the van and wheelchair which makes it possible to get him out and about.  Such an abundance of blessings.