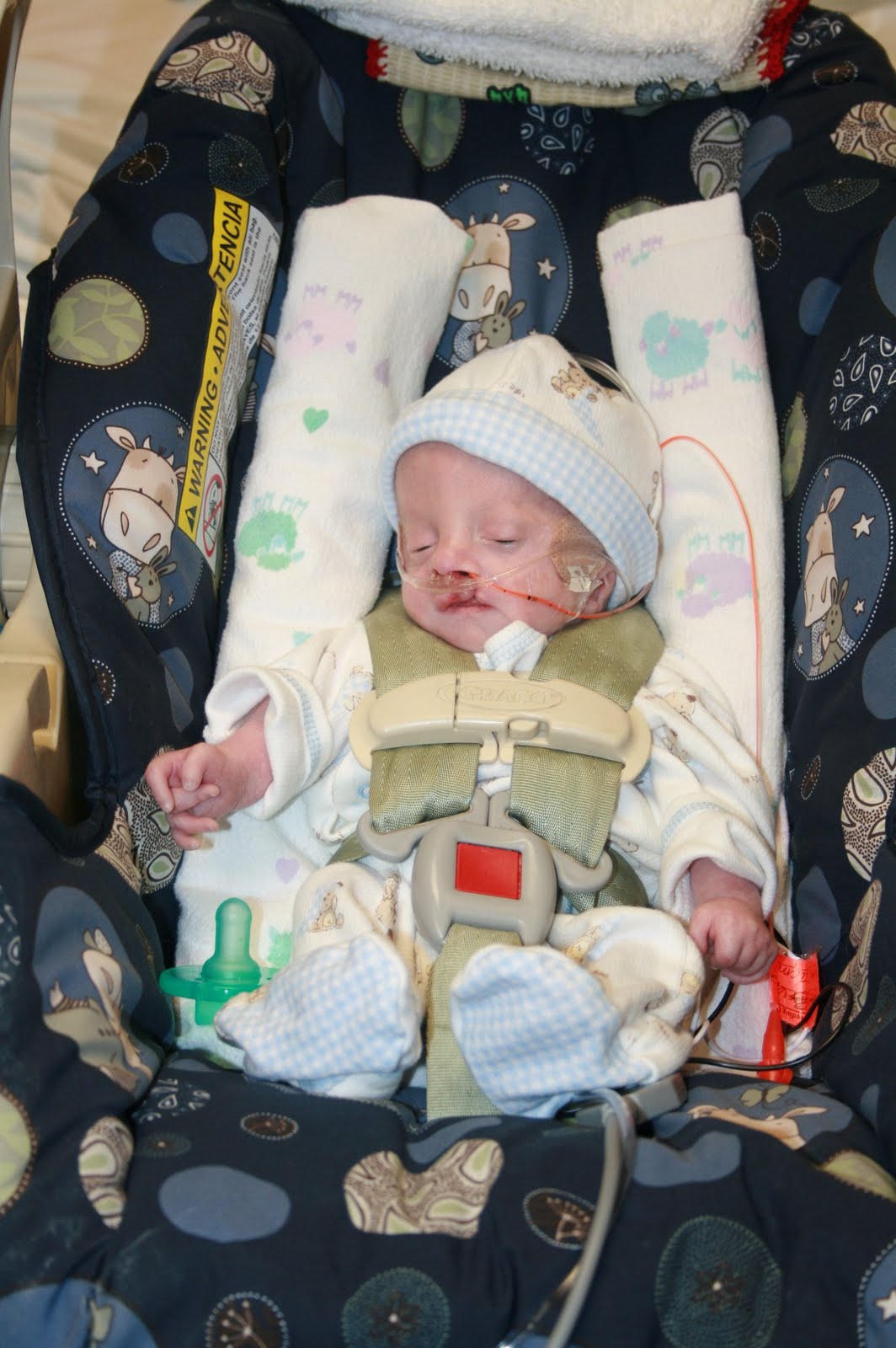 This is Aaron getting ready to come home for the first time.  He is two weeks and two days old. His clothes are preemie sized, and rolled up in the arms to fit him.  The feet are floppy because his legs don't quite reach down that far.

I didn't think I would see the day we would get to bring him home.  I truly hoped we would, but didn't dare count on it.  When they told us he could come home, I was beyond giddy.  I was barely two weeks post C-section, so I wasn't supposed to be lifting things or running up and down the stairs.  My poor kids.  They were working jobs where they had to be at work at 5:45 a.m. and got home about 9:30 p.m.  And I had them doing the running and lifting.  FINALLY, they persuaded me they needed some sleep.

He was so, so tiny.  Only 4 1/2 pounds.  And while I didn't want to think about it at the time, I knew he wasn't sent home to live.  He was sent home to die.  Had a typical baby been having the apnea episodes and desats he was having, had their labs looked like his, they would not have been discharged. 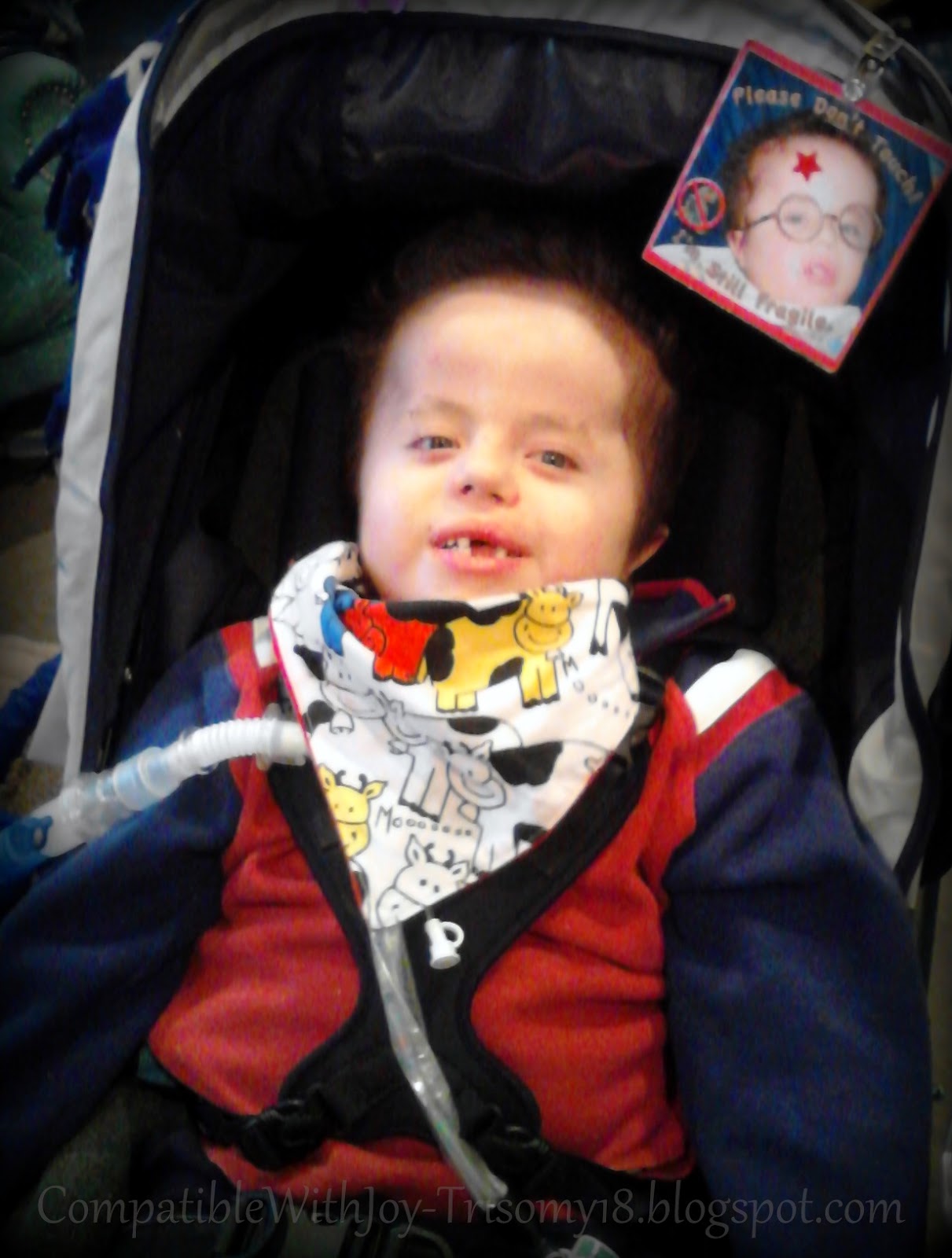 I knew that, and I was (sorta) okay with it.  I'd known of other babies who they tried to get "stable" before sending them home, and after a while, their bodies just were too tired and gave up.  I wanted to get him home, to make the memories we could before he went Home.

Today, though, today he's happy and thriving.  Today Aaron went to school.  He had a great time!  Apparently it was kinda a sad day at school.  His nurse reported that there was a new student who was having some separation anxiety and was upset.  Several others picked up on his sadness.  But not Aaron!  He had a great day, worked hard.  He even got to play in wet sand which I'm told was a big hit! 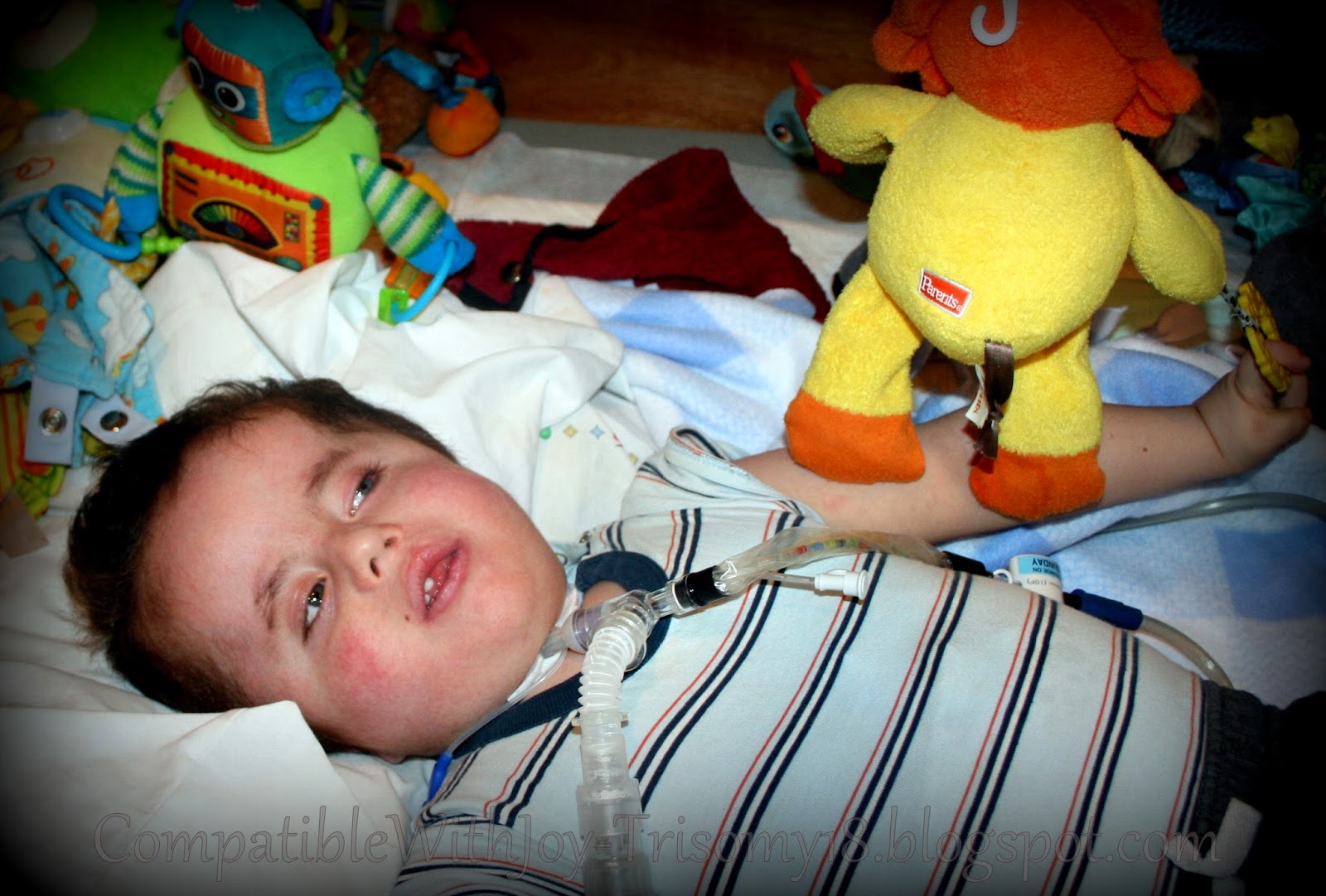 Today he weighs just over 40 pounds.  I remember weighing 40 pounds.  (Yeah, I was a beanpole.)  He loves reading books with his brothers and playing on a yoga ball with his nurses.  He thinks it's funny to grab my hands when I'm trying to cut his trach ties or his g-tube tapes.  And if you say something he doesn't agree with, he'll shake his head while smiling to let you know you're wrong!


Let us relish life as we live it, find joy in the journey,
and share our love with friends and family.
President Thomas S. Monson
Posted by CompatibleWithJoy at 2:56 PM