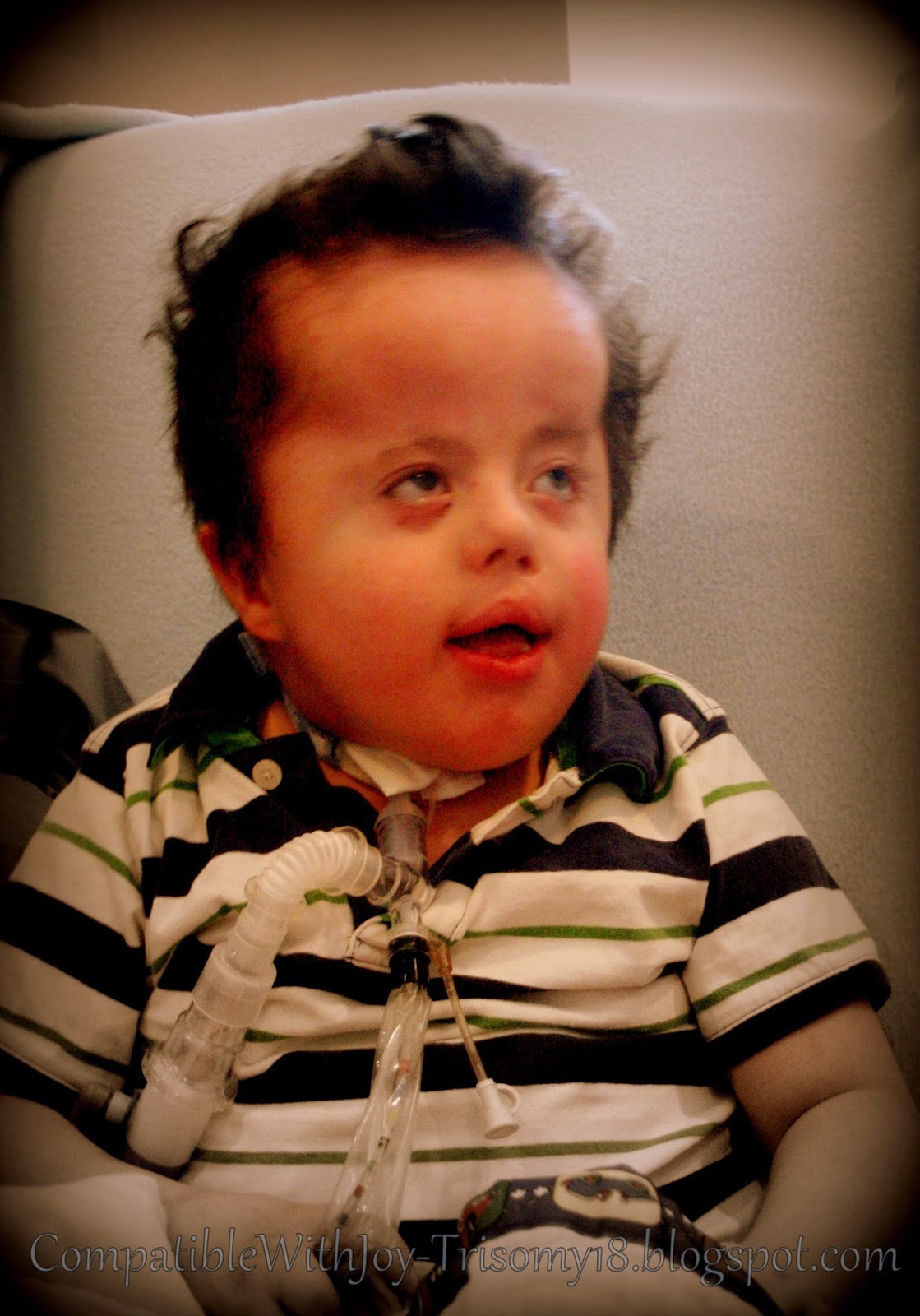 Some time ago, I stood in a line for a friend's little one.  Right behind me, a couple mentioned that such a burden had been lifted from the family because of the care their baby had needed.  I am so grateful that the grieving parents had not heard this because I know (they've told me) they never saw their child as a burden, but rather as a blessing.

So many worry about the heaviness of the burden of caring for a family member.  And yes, it is a burden, but so is everything worth having.

Let's repeat that in other words:  NOTHING comes without a price. There is no "free lunch."  There is always a trade-off.  If you want a great end result, you have to pay the price.

Years ago we rented a cute house in New Jersey.  We had a big yard, and none of the "burdens" of home ownership.  The yard was taken care of.  Taxes were paid by the owner.  Any repair over $50 (and good luck finding one that's not) was taken care of with a phone call, and nothing out of my bank account. 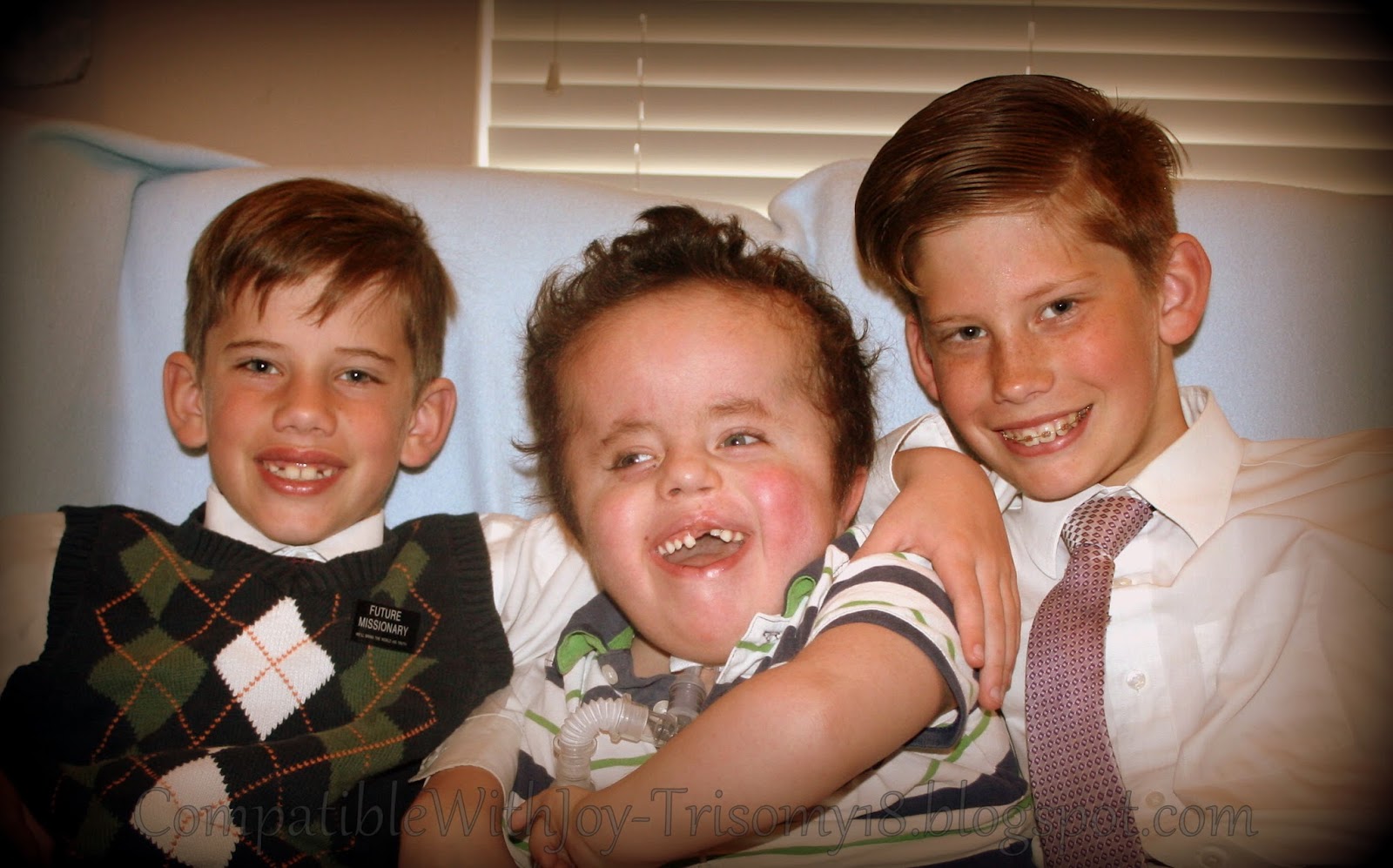 But what's the "American Dream?"  Home ownership.  Yes, with all the burdens that come with it.  Getting an education is a burden, but I don't hear many say it's not worth it.  Simply existing on this planet is a burden.  Gravity, anyone??

But we don't look at these things as burdens because the blessings outweigh them, by a long shot.

Yesterday, I was talking to a couple of our kids (the rest were scattered around the world, literally) about Aaron.  I was told that having Aaron would be an incredible burden on our family, on our kids, on our marriage.  Yes, told that straight out.

When I brought it up, everyone one of them responded with outrage.  It was almost kinda funny.  See, while their lives have changed, significantly, while it's sometimes been hard, REALLY hard, they don't see it as a burden. 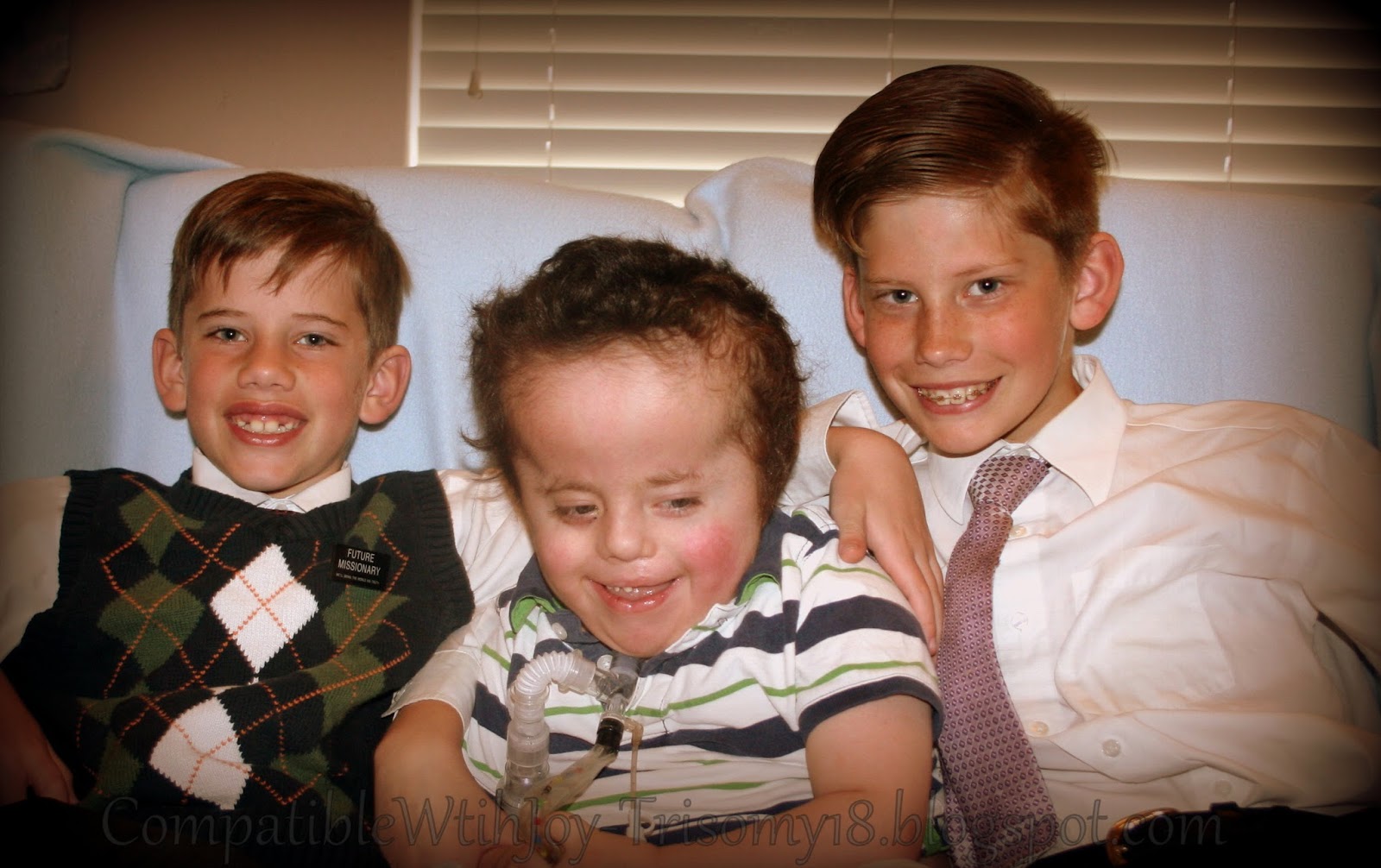 Deborah laughed when I mentioned that there is the idea that special needs parenting is isolating.

In a way, it is.  I don't do a lot of the things I used to.  I feel I've lost contact with some of my old world.  But she laughed because my world is so much broader than before.  When she and her partner needed a place to stay for an out of state dance competition, I had lots of friends I could ask.  When I needed a wheelchair for David last year, I had offers of several within minutes.  The number of people whose lives have touched mine, and whose lives I've touched is enormous.

In their words, he's the best thing (can a person be a "thing?") that's ever happened to our family.  One person said that they couldn't imagine surviving the other stresses they've had to deal with over the last several years without Aaron.  Another, an older child, mentioned that they could not imagine having conversations that we've had before Aaron.  While those conversations have not been about Aaron per se, he has made us more open, more willing to listen, and more willing to risk.  And those words and ideas and thoughts have been very much needed. 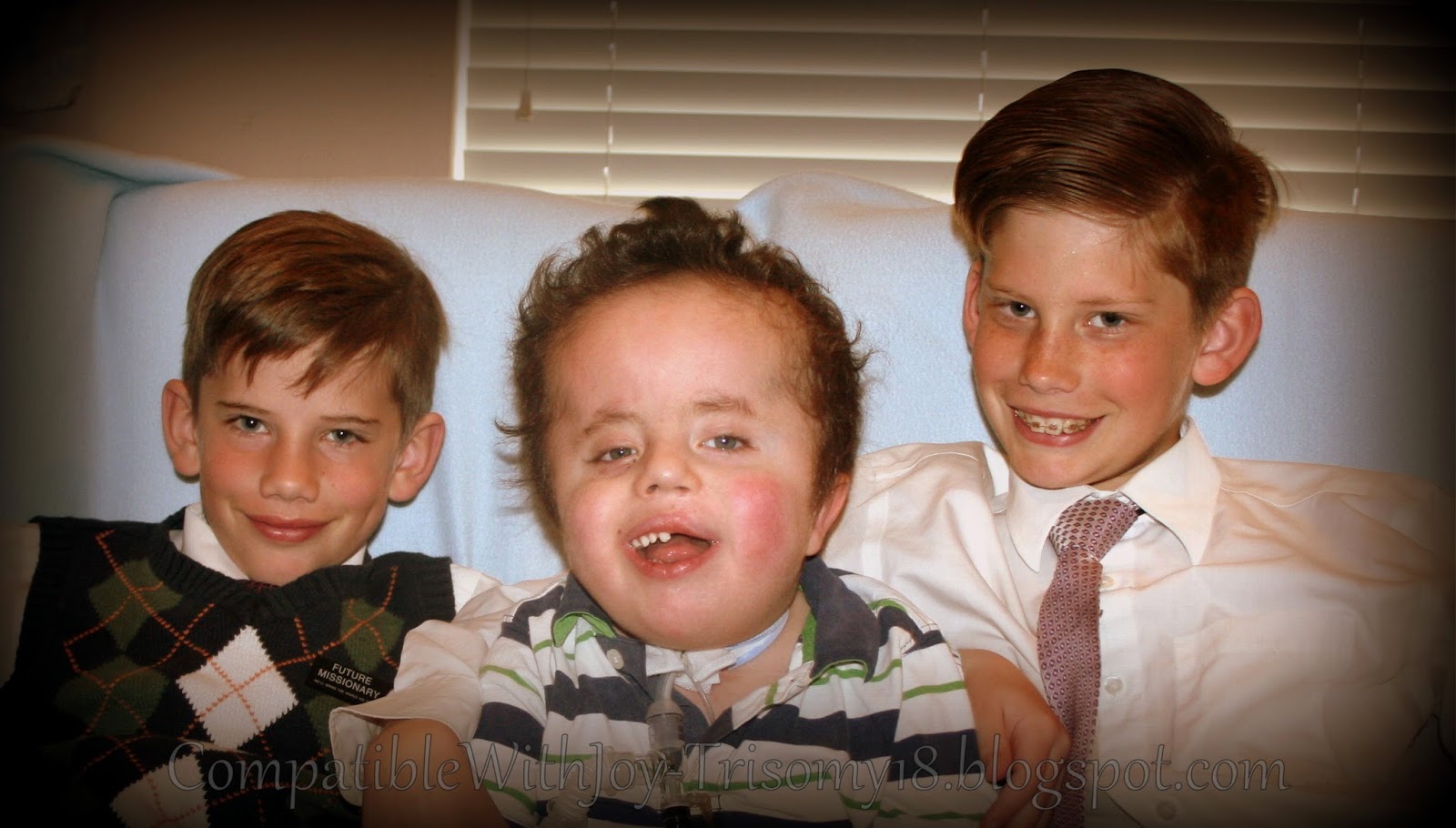 I think our marriage, our family, our children are stronger, better.  As we were talking, it was mentioned that yes, if one person tries to, or has to, do it alone, it's got to be awful.  Alone is not how we were created to be.

But if we approach the challenge as a team, as a family, it can make us that much stronger.  As humans, we're fantastic at adapting.  That's why we're still here, still alive.  And that's what you do when faced with a challenge, especially an (almost) insurmountable challenge,  If you can't go over it, and can't go under it, you go around it.

And the view on the other side may just take your breath away.

If you can find a path with no obstacles,
it probably doesn't lead anywhere. ~Frank A. Clark
Posted by CompatibleWithJoy at 11:53 AM