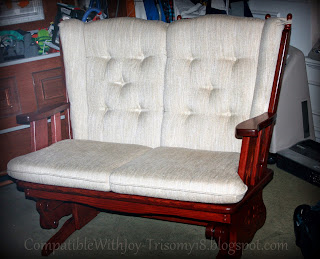 Aaron's getting big.  Which is a good thing!  This tiny kiddo is growing right up.  I think he finally made it into 3 month clothes around nine months old.

I know he had barely grown out of his preemie clothes and into newborns at four months.  But he's really made up for it since then.


He's four years old, almost 40 pounds, and wearing 5T clothes.  He's bigger than any of his older siblings were at this age, but he still struggles with muscle control, and really, he still needs the support a baby gets.

I've had a wonderful, high quality rocker, a gift from my aunt and uncle that has seen thousands of hours of use.  But it's been getting a little small for our needs.  It's gotten harder to hold and cuddle him in there. 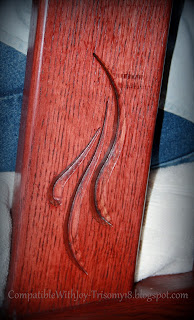 So when my parents were here in May, I asked my dad if he'd ever seen plans for a glider loveseat, or something like that.  Something I could comfortably cuddle with Aaron and rock him.  My dad is an AMAZING woodworker.  Frankly, it's a passion for him. 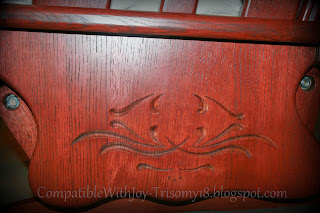 He and Mom took pictures of my rocker from just about every angle, wrote down measurements, and he said he'd see what he could come up with. 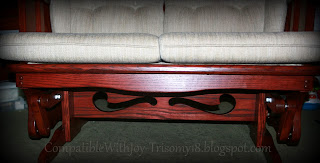 They brought it up this past week, and dreams and hopes just didn't do it justice.  He even did the cut outs underneath and the carvings on the ends. 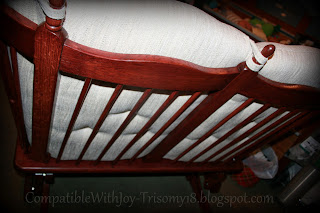 It is sooooooo comfortable.  And so incredibly beautiful.  And it adds so much to Aaron's quality of life.  It's much easier to rock and cuddle with him. 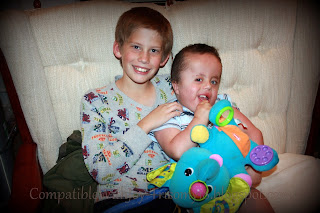 And even Andrew can get him in and out of bed and rock him now.  With the other one, he needed to be sitting already and try to balance him on his lap.  And heaven help us if Aaron decided he was wiggly.

Six months of loving, painstaking attention to detail.  Six months of measuring, measuring, and then cutting, sanding, carving, polishing.  I have no idea how to say "thank you" for this.  So often it's a struggle around here to make things work, make them comfortable.  I am completely overwhelmed.


Love is, above all, the gift of oneself. ~Jean Anouilh

Posted by CompatibleWithJoy at 9:49 PM