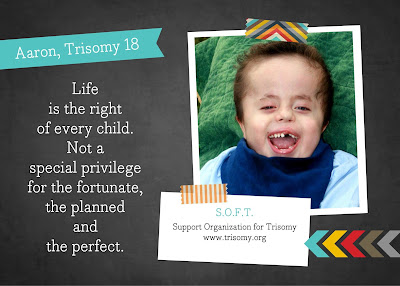 Anyway, we're a week into it, and I'm (mostly) keeping up on posting a picture a day on Facebook about it.  Thought I'd give you all a recap.  And then if I drop the ball later, you can just come back and re-read, right?  (Trying to cover all my bases here). 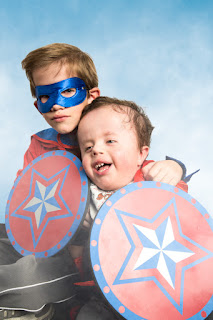 Day 1, Heart Hero: Our heart hero is Aaron. He fights the battles on the front lines, but his siblings are right there as his wingmen (or wingwomen?) With his broken heart he has taught us more about true love than anything else ever could. 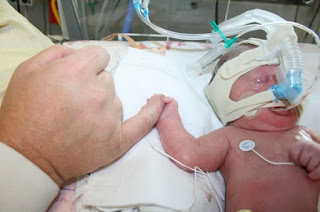 Day 2, Diagnosis: We got Aaron's diagnosis of Trisomy 18 at 20 weeks. Initially, it looked like he has some severe cardiac complications, but a fetal ultrasound ruled those out. We were cautioned that prenatal ultrasound could only reveal so much and that 95% of T18 kiddos have heart issues. His little heart couldn't handle labor and so he came by c-section. We found out over the next few days that he has some holes between the chambers of his heart (ASD, VSD) and a duct that was supposed to close at birth never did (PDA). He also has crazy high pulmonary hypertension.


Day 3, Medication: Aaron takes between 21 and 25 doses of medication a day, plus continuous oxygen. Eight of those and his oxygen are directly related to his heart. We keep a spreadsheet because that's the only way to ensure that he gets everything he needs.

Day 4 Weight Gain: Aaron was so tiny when he was born, only 4 lb 15 oz. He dropped to 4 lb 2 oz and came home at 16 days weighing 4 lb 6 oz. He finally outgrew his preemie clothes (which were too big when he came home) about four months old. He got his g-tube and trach just before five months which meant he didn't have to work so hard to breathe and eating was more comfortable, and his weight took off! By age two, we were talking "diet" and calorie restricting. Today, he is bigger than any of our other kids were at his age and we're still trying to "grow into his weight." Many T18 kiddos have "failure to thrive." Not this one!

Day 5 Doctor Appointments: Aaron currently has his primary care pediatrician and eight other specialists that he sees. He no longer sees five others, assuming no new issues, and adds in one more next week. He needs his own social secretary sometimes. For instance, next week, he sees three in one day up at Primary's. But other times, we can go a month or two with no appointments. And yeah, "social secretary" is a good term 'cause he thinks they're all just good friends of his. 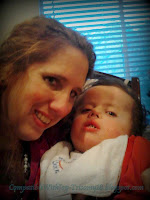 Day 6 Coping: Wow, is that a loaded one. Sometimes it's just fine, others, well, not so much. I tend to hide when I'm not coping well. At least publicly. My family will tell you that I've got some major PTSD. When things go south, or when there are unknowns, I get irritable, uptight, research like crazy, can't hold still. But I turn to my friends online for knowledge, our specialists for guidance, my music for comfort, and my God for everything. My family, well, that goes without saying. They're always there. I am so blessed. 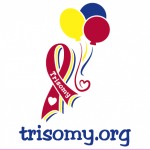 Day 7 Support: We've had so much support on this journey, family and friends who have let me know that I can call on them at the drop of a hat, doctors who've treated the symptoms that come with Trisomy 18, and all my "online family" those in the trenches with me. All over the world, I've got moms (and some dads) who've been there, done that and are ready to help with advice or just by lending a listening ear (eye?). 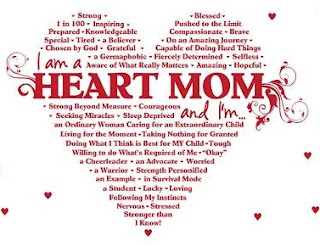 I'm part of a trach group, a heart group, a couple local... special needs groups, and a few trisomy groups. Last summer, we were able to get together with SOFT for a medical conference. Such a blessing to not be alone. Being alone, feeling alone, that's one of the most devastating parts of a diagnosis, knowing that no matter how hard they try, most people around you really can't understand. And then you find there's a whole bunch of folks out there who are dealing with the same issues. Plus, with our kiddos, there's always someone awake, 24/7, to chime in.  Support is priceless.


Compassion is the keen awareness of the interdependence of all things.
Thomas Merton


Posted by CompatibleWithJoy at 4:08 PM