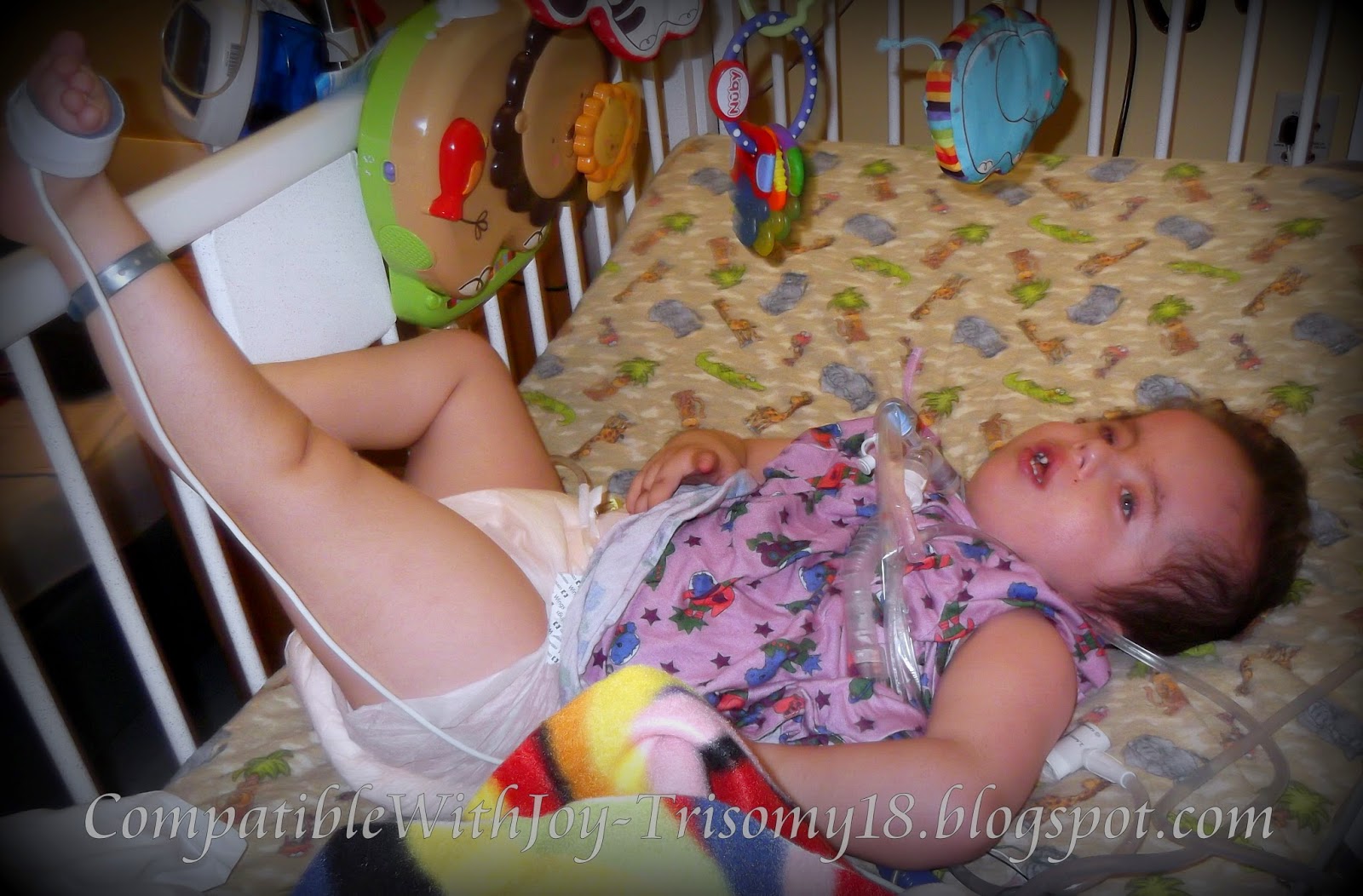 Some might remember last fall when there was a nasty virus going around, putting otherwise healthy kids in the hospital.  Yeah, that would be the enterovirus that Aaron seems to have picked up.  When they told me on Friday night that he'd tested positive, it was all I could do to remain positive myself.

But one of the RTs helped.  She told me that yes, they had been hospitalizing otherwise healthy kids, but for some reason, kids that were already compromised seemed to actually handle it well.  And I clung to that, thinking that maybe it's because our kids know how to put their fighting gloves on.  After all, they've been dong it all their short lives.

We're still not out of the "peak" window, but if he continues along the path we're on, I'm quite hopeful that we'll get home soon.

I know part of it is because we've been very aggressive with his care.  They put him on a steroid burst the first night we were here to help relax his airways.  He's also getting CPT and albuterol treatments every four hours around the clock.  Plus lots and lots of suctioning.

Don't get me wrong, he IS sick.  But he's also handling it really well.  Silly boy even managed to dislodge his IV.  The things this kid pulls.  It looked like a massacre site in his bed.  Blood on his face, clothes, blanket, bed, and even the mobile hanging above him.  And him?  He was just laughing at us trying to clean him up.  Plus, notice how he's lying in bed.  His preferred position is sideways with his legs hanging over the edge.  But this is the first time since we got here that he's even tried to get that way.  Until now, he's been content to stay upright, lying straight.

And right now?  Right this very minute?  Well, he's entertaining himself by yanking on all his monitoring wires. Fun times, 'cause it makes funny noises when they come off of him.  His nurse and I are just shaking our heads.

Yep, our little guy is a fighter, and he's got his game on.  Lucky us.


We acquire the strength we have overcome.
~Ralph Waldo Emerson
Posted by CompatibleWithJoy at 11:18 PM