More Than One Way to Skin a Cat 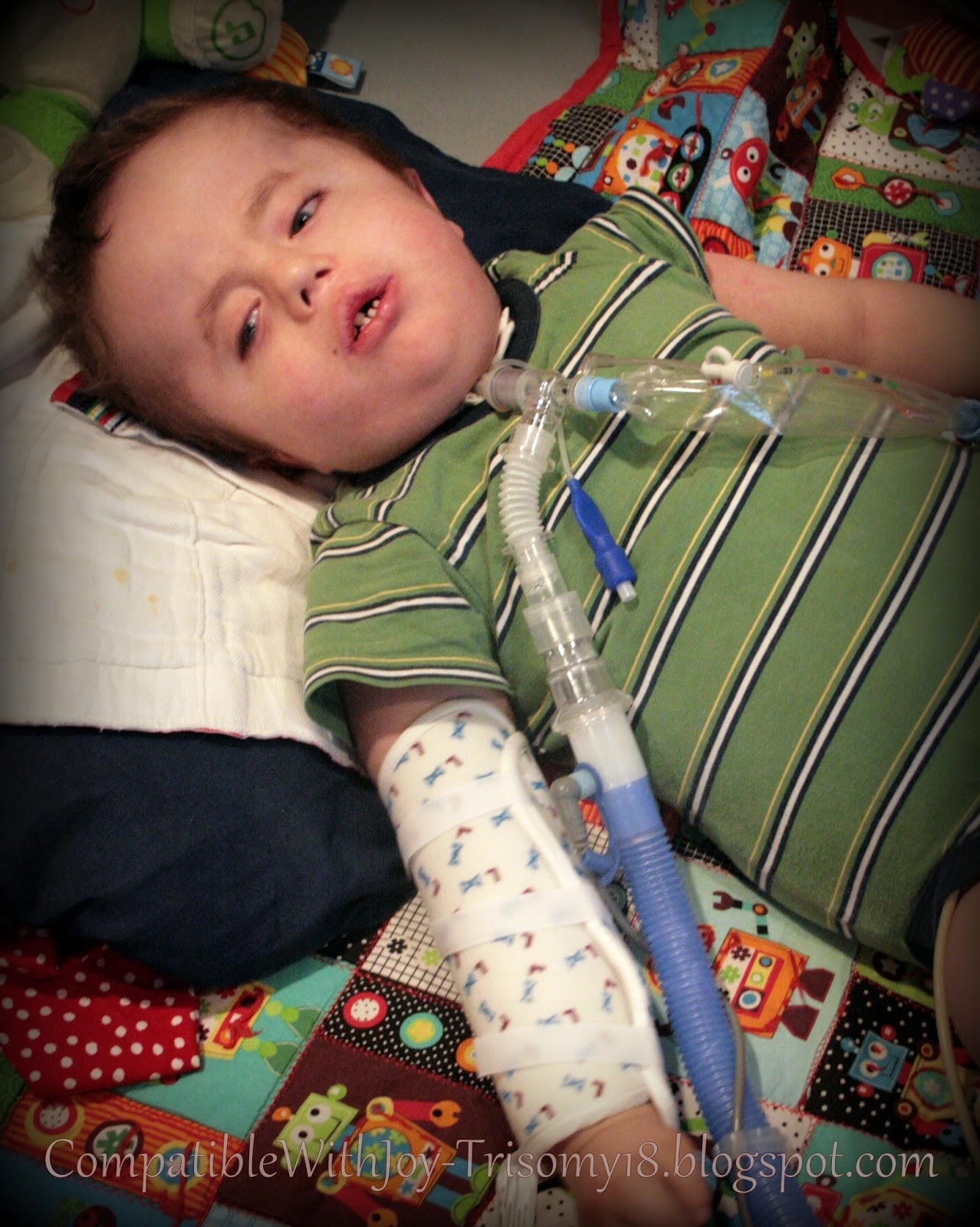 Ever since he was teeny tiny, when he couldn't even open those itty bitty fists, Aaron has tried to scratch his eye.  Not his eyelid, not his eye area, his eye, the eyeball.

On his right hand, the pointer finger was the only one he could extend, and he would take that finger, and put it in his right eye.  That finger, that eye, almost four and a half years.  Owie!  At least for Mom.  He seems to like it (whatever!). 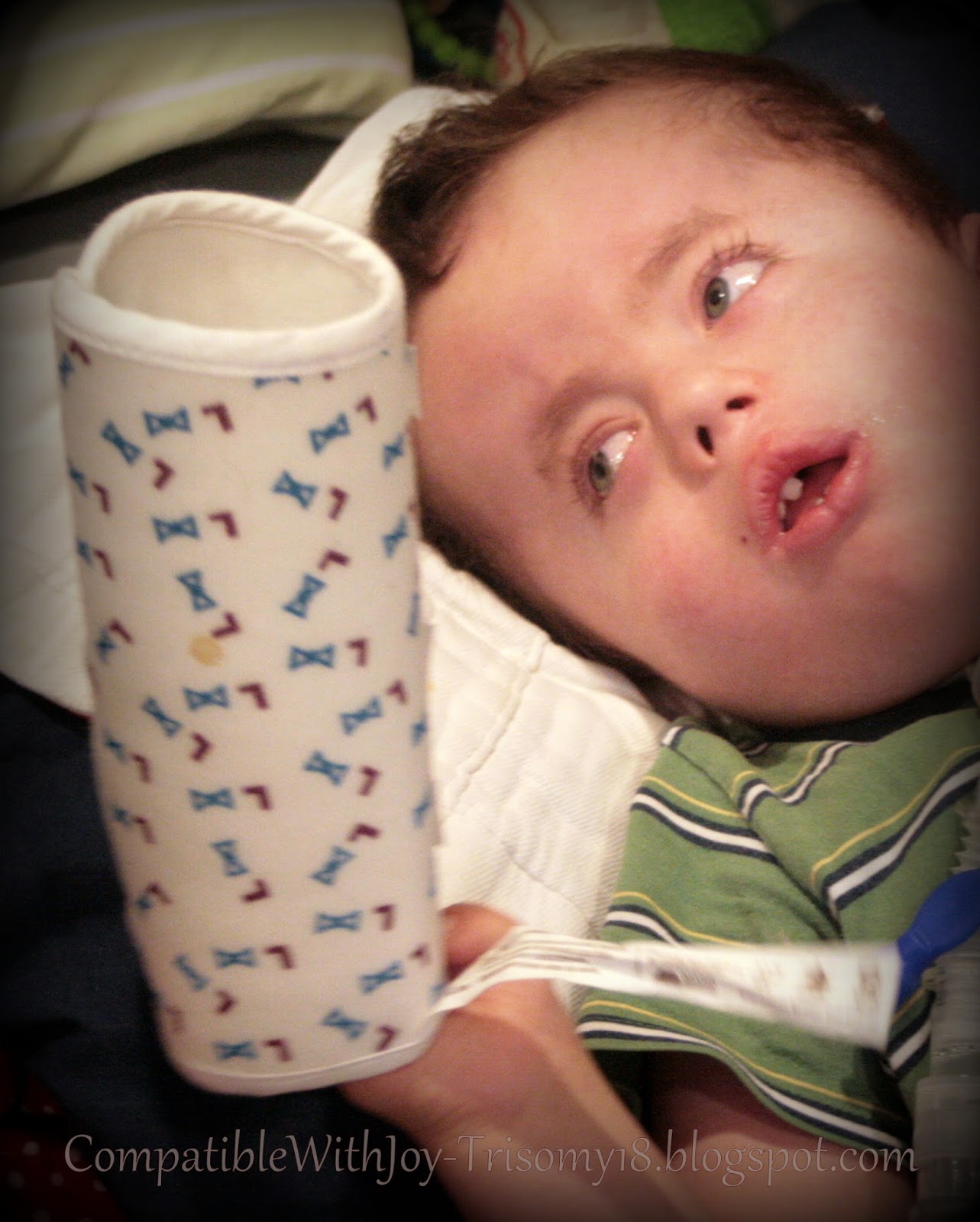 Most of the time we can distract him, play with him, something.  A couple days ago that wasn't working.

So I got out his no-nos.  Yep, just like telling a little kid, "no, no, no."  They're designed for kids after cleft surgeries to keep them from playing with the surgical site.  Straps around the arm and they can't bend the elbow.  Also works for keeping little fingers out of eyes.  (grin) 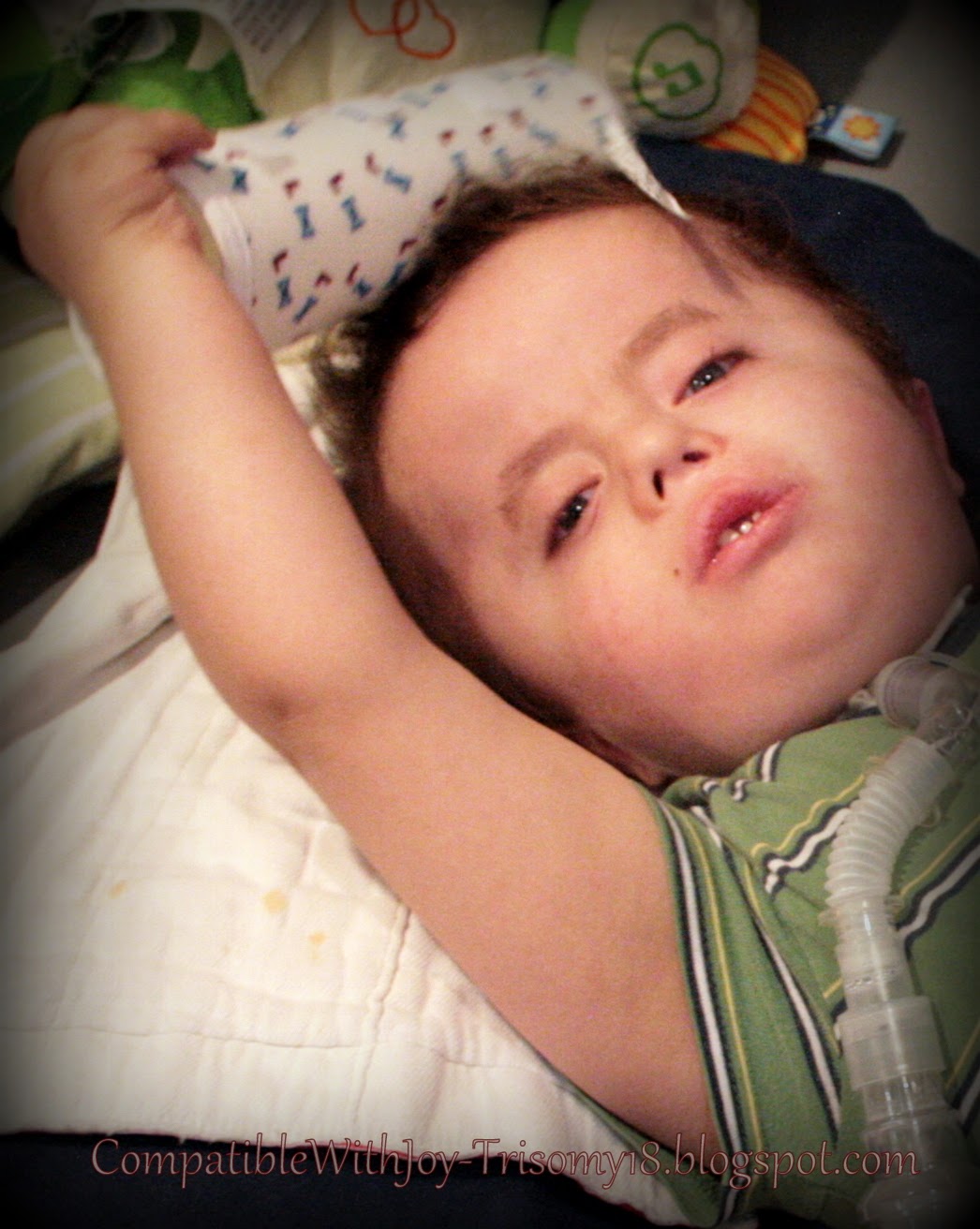 I wondered how long it would stay on, maybe 15 minutes or so?  Try about 15 seconds.  But after that, he was happy to play with the no-no, in his right hand!  So it worked, right?  After all, the goal was to keep the finger out of the eye.

Gotta keep those goals in mind.  Good thing for this mama to keep in mind, too, as we work towards new heights.  Going to be some changes in his trach over the next little while.  We'll be trying some new things this weekend while he's with me all the time to keep an eye on things.  If they work, great. If not, we'll wait until our check-up in January to change things up a bit.  But this kid's growing, and so are his needs.  Gotta love that, really.

The best angle from which to approach any problem is the try-angle.
~Author Unknown

Posted by CompatibleWithJoy at 8:32 AM