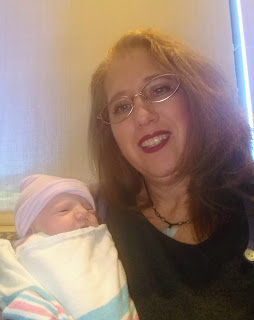 It's "almost" because she's a very tiny, not quite six pound bundle of precious.  Miss Linnaea Mae joined her parents a few days before her mom's birthday in October and is the cutest little thing you ever saw.

And Aaron?  What does he think?  Well, we introduced the two of them when she was about ten days old, and he didn't seem too into her.  But the next day at school? 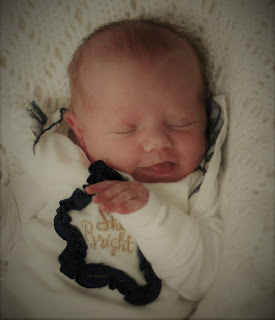 Teacher asked how his weekend went, and instead of using the page he was supposed to for answering, he navigated away from there, through two other pages and started talking about meeting a baby, and it was a baby girl! 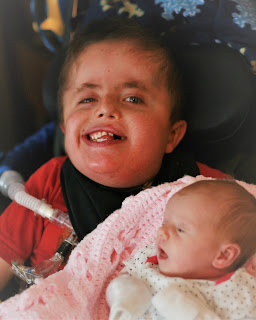 Last weekend, he had all of us cracking up.  He was, too!  He was telling us,
"tomorrow at this time it will be Monday,  Terrible!"

And then he started calling out countries, "Puerto Rico, Cuba."  What?  Andrew mentioned that he wanted to go to China and someone else suggested that with the tariffs and all, they might not be so fond of us right now.  And Andrew replied, "Yeah, but pandas."  Aaron chimes in with "I love China!"   And he would laugh hysterically after each comment he made. 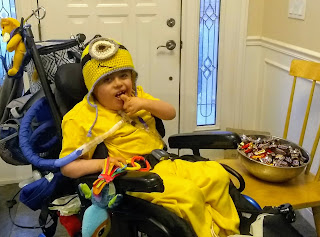 You know how you can laugh so hard you cry and can't breathe?  Yep, that was Aaron.  And so, yeah, we had to use albuterol because he literally couldn't breathe.  Silly kid gave himself an asthma attack, and acted like that was funny, too!  Sigh...


“A baby is God’s opinion that the world should go on.”
—Carl Sandburg

Posted by CompatibleWithJoy at 5:35 PM