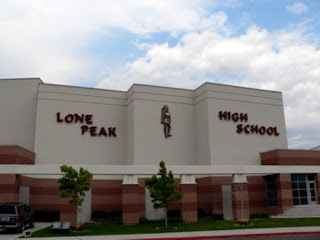 This blog is mostly about Aaron, but it's also about me.  It's my therapy.  It's how I process things.  And today, it's not "Aaron" I'm processing.  It's me, it's the rest of the family, it's our community.  This is long.  You've been warned.  But I need to get it organized and out of my brain.

Yesterday was a pretty typical day, mostly.  Dad and Andrew went off to the high school. Joseph went to work.  The school nurse arrived, I gave report, and Michael and I went to the middle school where I was teaching 7th and 8th grade history to classes that had a reputation for "high energy."  Yeah, they do, but they're also good kids.  I just have to stay on my toes.

We had a potluck lunch, lots of fun, and for the next few hours, something one of the teachers said was on replay over and over in my brain, in the background of everything that was in the front of my brain.  "I'm just so happy.  This is a good day.  This is a good day."  And I agreed with her, although I was a little bit on alert because I knew I had to really stay on top of things for the last two classes if we were going to get anything done.

The bell rang (sorta, it's having issues) and I called the class to attention.  "Put away the phones, listen up."  And called roll.  We talked a little bit, some jokes and kids were a little goofy.  It's right after lunch.  They're in 7th grade.  And it's Friday.  Whatever.  Passed out the maps they were working on and explained the next steps after they were done.  Reiterated the instructions a few more times for the ones who weren't still quite "with us."  Typical start of class.

As I got things rolling, I went back to put in the attendance and glance at my phone. I do it many times a day, very briefly, just to make sure there's no questions about Aaron's day, especially since he'd been a bit "on edge" himself this week. 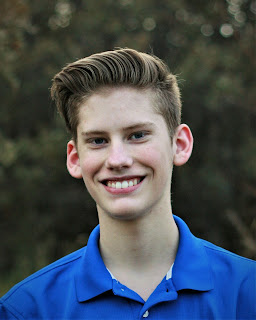 And there are texts, multiple texts, to me from Andrew who's a junior.  And one group text to his siblings from him.  I read them.

I quickly click over to the family one, and he's saying the same things.  It's hard to breathe. My husband and son are over there!  I'm here, with 30+ students of my own, many of whom have siblings there, too.  And they can't use their cell phones.  My initial thought was, at least William and Andrew are together because Andrew has his dad's class last, and if Andrew is texting, they're both okay.  I tell him I love him and to be safe.

I call the middle school office to find out if they know anything, knowing that they'll be one of the first called to help staff any reunification centers if they're needed.  They only know what I know.

I field a call from a frantic child of mine, wanting to know if she should go over there, she can, she's on her way.  I tell her, "no, there's nothing you can do.  You can't get to him, Dad's there too, there's literally nothing you can do until we know much, much more.  Stay at work."  I know other siblings are freaking out, too, but there's nothing, nothing any of us can do except wait.

Then I look at the clock and realize, it's lunchtime over there.  The bell rings at 12:09, four minutes after I started my class.  They're not in 4th period yet.  I frantically text back asking Andrew WHERE he is, and if he's safe.  He's still in Chemistry, the call came in just before the bell rang.  Okay, I know exactly where he is, but where's my husband?  Is he okay?  I can't call or text him because his cell phone is dead.  Because, of course. 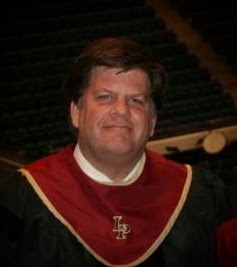 He actually called me a little later because he wanted me to try to check in with Andrew.  I was able to tell him we'd texted and he was okay.  By then, there was a huge police presence on campus, and no sounds of disturbance.

In the meantime, I've got a room full of kids who are picking up that something's going on.  When they ask me what's happening, if I'm okay, I tell them I think I am.  There are some rumors going around, but they don't involve Timberline.  It's elsewhere.  If they turn out to have a basis in reality, I'll let them know.  Right now, all I have are rumors. When staff comes in to check on me, and make sure I'm doing okay, I tell the kids what was happening.  Told them they could text Mom and Dad and tell them nothing was happening at our school, and one text to a sibling if they were at the high school.  And we tried to keep working, mostly.

I was taken back almost 20 years ago to a March morning when I was driving home on the freeway.  The radio was on, and the program was interrupted by breaking news. "We've got word that shots have been fired at Santana High School."  "We don't have details yet, but we're hearing that shots have been heard at Santana High School."  I didn't have kids there.  It wasn't our high school and my oldest was still in grade school.  But I knew Mrs. 2nd Grade Teacher at our school did.  Her kids were there.  I rushed to our school and went into the office.  They hadn't heard yet, and while it was horrible, weren't sure how it affected our little school.  I explained, and eyes widened as they started moving to put things in place to let Mrs. Teacher know and cover her class.  Her son was okay, physically.  But he was in the classroom across from the bathroom where students were killed.  He was so close. And frankly, neither of them were "okay" for a long time.

And my students?  My high energy students?  They're awesome.  I relax the cell phone rule, but tighten my perimeter.  I told them, we're safe, we're not in lockdown, lockout, or anything else.  But I can't do a thing about what's going on at the high school, so they're going to have to put up with my paranoid mama mode and understand, they're staying where I can see them.  It actually made class work a whole lot smoother without constant requests for bathroom and drinks.  And they worked, and they checked in with me, and they really, really tried to be so good.

But really, so very grateful for all the response, for the efficient manner (yes, it took over 2 hours, but we've got 2500 kids!) of clearing things, for all the notifications that went out through district notifications and a district spokesman's social media.  It was a nerve wracking, horrible two hours, and then another before we were all home again together.  But we did all come home.  We were all here.  And everyone else got to go home, too. 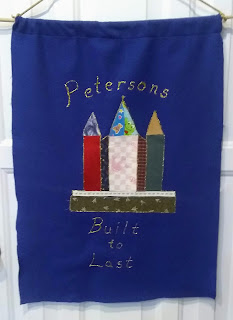 And I told my students, every time, Every. Single. Time I go into a classroom, I look around and figure out what I'm going to do if the "what if" happens.  I hate that I do that.  But I do, and I will, and hopefully I never have to actually implement it. Because while they're in my classroom, they're my kids.  And I will do everything I can to keep my kids safe.


Lord, I ask you to protect my kids:
Physically, Spiritually,
Emotionally, Mentally,
And in every way.
Psalm 46:1


P.S.  Aaron is doing pretty well.  There have been some mixup in medications this week, and he's decided he doesn't like the food I was giving him, and the weather is changing.  But he's doing okay. We're moving forward, and maybe tomorrow or so I'll post about him meeting his new little niece.  Had to get this processed through my brain, first.

Posted by CompatibleWithJoy at 10:31 AM