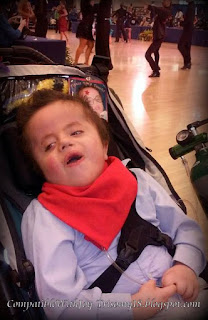 It's been a little while since I wrote and a lot has happened.  If you just want the down and dirty, he's back in the PICU at Primary's with pneumonia.  We were admitted last night.  He's doing "okay" but certainly pretty sick.  So if you're in a hurry, you're all caught up.

If you wanna kick back and read a novel, well, here's what's been going on and how we ended up here.

Last Sunday, he seemed to have a tummy virus.  He had a rougher day, and was kinda sad, but also weathered it pretty well.  Even managed to pass it on to Mommy for the next day.  That actually has no bearing (that we know of) on what's happening now.  But I also use this to keep track of what's going on in his life, so there you have it.

Wednesday was a long day of appointments with a few different specialists.  We went over various things that have happened since they last saw him, like his scoliosis worsening and his possible seizures.  Not a whole lot to note there, but now it's been documented.

We also discussed his nasty ear infection and where things will go with that.  We'll try replacing his tubes and see if that plus washing out his ear well gives his body the advantage it needs to kick this bacteria that has made itself so at home in there.  Dr. M didn't seen totally confident that it will, but it's the first step.  If he continues to have infections, we'll have to look at something called a mastoidectomy, much more invasive and significant surgery.  I mean, it's just an ear infection, but the ear is also awfully close to the brain.  'Nough said.

Thursday, the surgery scheduler called and said he'd have surgery on December 22nd.  The 22nd!!  That was discouraging.  Six weeks away and our anniversary as well.  This was on top of a few other disappointments I was dealing with and I was having a really rough day.  But she said she'd put us on a cancellation list, and the Friday morning she called and offered us December 1st.  Yep, didn't even look at the calendar.  Just said, "thank you, we'll take it!"  Now that he's sick, they may not be willing to do it that soon, but I'll have to check into that tomorrow. 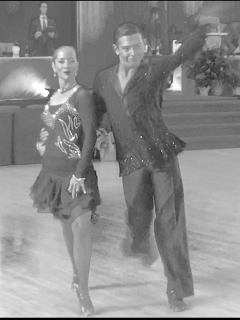 Friday was our day of fun, but also when some of his "fun" started.  He played hooky and came to Deborah's dance competition with me.  It was a blast, and he really seemed to enjoy it, at least in the morning.  She did really well, taking 2nd with her partner in their first competition.  It's the first chance I've had to see her dance this year and she's gotten pretty darn good!

But Friday afternoon, he started to struggle a little bit, and then a little more.  We ended up bagging him three times during the course of the next few hours and even changed out his trach.  I feel pretty good about being able to change that out and have no one else there realize we were even doing anything.  We just found a   quiet corner and did it.  About 6 o'clock, I called it quits and took him home where it was easier to work with him. 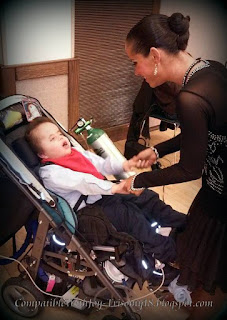 That evening, he maxed out on his oxygen for several hours.  But he was stable up there, and I figured if he needed more, that's when I'd bag him again and call for backup.  Once he fell asleep, he did much better.  He'd been "backed up" for a couple of days and starting at about 3:00 a.m. and on through the next few hours, he managed to have four good sized diapers.  And he looked pretty good, even awake.  So I figured that was the problem and we might be in the clear.  (TMI?  Sorry.)

But when I went in at 2 o'clock to give him meds and start his feeding, I noticed his heart rate was higher.  And the alert level ticked up again.  Not much really, but a little.  But I was also tired, so I left Andrew to listen for alarms and took a nap.  At 5 p.m., it was quite a bit higher.

As a side note, I've finally found something Google doesn't know.  Last weekend when he was sick, I was trying to find out how long the heart rate is higher before a fever manifests.  Lots and lots of things about how a fever causes a high heart rate, but nothing about the amount of time the heart rate is high before the fever shows up.  Funny, I guess most people aren't even aware of that, are they? 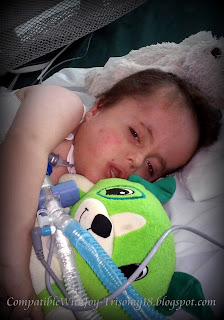 5:15 and I had to stop his feeding because he was gagging so much, and he started to have a (very low) temp increase.  5:30, we were bagging and I decided we needed more help.  Especially when each time I took his temp it was up by another 0.2 to 0.4 degrees.

Just as we got here, he struggled even more.  All the way up, he'd maintained oxygen sats in the high 90's while we were bagging him.  As we were switching over, he decided he was done playing nice and struggled with mid-80's, even being bagged. I stepped aside and let the respiratory therapist use their bag and get really aggressive with it and the suctioning and he did finally respond.

We gave Tylenol in the ambulance and ibuprofen up in the emergency room.  By the time that started to take effect, he felt much better and slept for a little while, and looked AMAZING!  So there was a little talk of floor or going home.  I KNEW we weren't going home, and I was a little nervous about going to the floor.  Then he woke up and took matters into his own hands.  Even on the hospital vent, he wanted 15+ liters, so they found us a spot in the PICU.

His x-ray had some different opacities, not what you want to see, which leads to a diagnosis of pneumonia.  Plus, while his white blood count wasn't crazy, insanely high, it was high and heavily "banded" meaning it was sending out a lot of immature blood cells to help ramp up the fight.  So we have a fight on our hands. But the good news is that his viral panel came back negative, which means he didn't catch a rhino this time, or any one of another bunch of nasty viruses.  So antibiotics can definitely help in this battle.

Last night, I put up on his Facebook page that he'd taken a turn for the worse and we were being transported.  I can't believe the posts and prayers that came pouring in.  It made me cry.  And so many responses that I can't even reply to all of them.  But I have read every single one.  Friends who shared the post, asking for prayers on our behalf, the love and concern that has been shown.  I walked into church this morning and saw quite a few familiar friendly faces, other parents who are also here.  What strength I draw from them.  It is such a blessing to have the support and camaraderie of these other families. 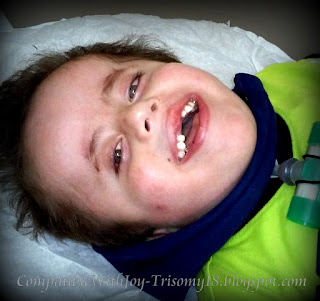 I'm grateful for inspiration.  As I sat this morning and thought about how we got here, I thought about how on Friday we were maxed out on his oxygen, but I didn't really feel the need to do anything but watch.  I knew we could bag him if we needed to, but I was comfortable where we were.

But on Saturday, I wasn't.  We hadn't even completely maxed out when I started making preparations to come up.  Usually, I work on a three strikes kind of thing.  We bag three times in fairly quick succession before I throw in the towel.  But Saturday, that didn't feel right.  The first time had me throwing things together to get out of there pretty quick.

So we're in for a fight, but that's okay, 'cause he's a warrior.  Strongest little man I know.  What a blessing to have this hero in my life.  I miss this smiley face.  I can't wait to see it again.