Time to Throw in the Towel 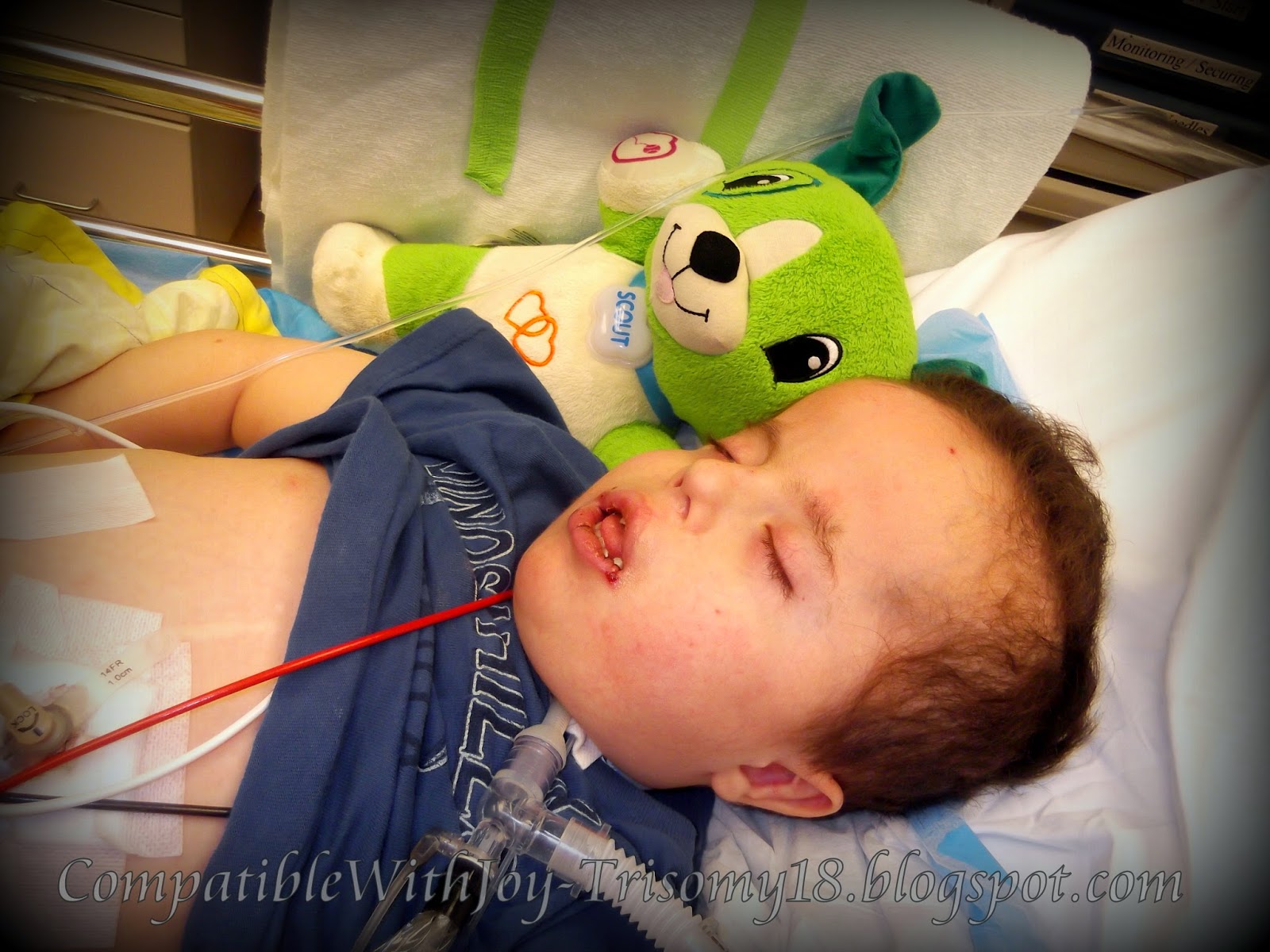 Yep, that kinda says it all.

I called his ped yesterday morning and they changed his med to a different one, a hopefully better one.  But by afternoon, "stuff" was just pouring out of him.  Almost literally pouring out.

Quick bio/chem lesson.  Most of us try to stay roughly equal on our fluid "ins" and "outs."  That's how we stay "balanced."  That's why you have to drink more when it's hot or you're exercising.  You need to replace the fluid you lose.

Aaron has a bunch of "insensible" losses, like through his suctioning, drool, etc that we can't measure.  But usually he's pretty happy at about 25-40% positive, meaning he's taking that much more in than he gives back in his diapers.

But that's not where he is right now.

We've been running Pedialyte constantly when he's not been getting his food, trying to stay on top of things.  But yesterday was pretty hard.  By bedtime, even with his extra Pedialyte, he was almost even.  And last night got worse.  His nurse couldn't even weigh the diapers, but she estimated they were each 100-150 grams.  And there were 12 of them.  Yeah, more than one an hour.

Time to give up and call in back-up.  Now we're sitting up in the ED at Primary's where they gave him a bolus of IV and now are running it, trying to get his hydration up.  They've pulled a bunch of labs, and a couple have come back .

His urine culture looks clean, and his blood cells have some bands.  This indicates inflammation in his body (surprise, surprise), but his white blood count is normal, so they're not looking at sepsis, such a relief.  His fever has come down again since I gave Motrin just before we left.

And right now, he's resting quietly, for the first time since Thursday afternoon.

When the attending came in, she remembered us.  She said she knew I was on top of things and she'd already told the team that they were just going to do whatever Mom wanted, 'cause Mom knew what was going on.  Talk about a confidence booster!  I'm so grateful for their trust.

We're really hoping that with a day or two of gut rest and IV fluids, and letting the vanco take effect, we will have our bug back.  I really hope so.  I miss my happy little man.


Posted by CompatibleWithJoy at 11:47 AM