Processing: "Burying My Head in the Sand" 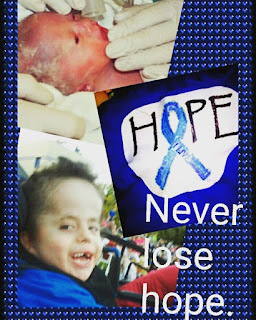 Sooo, that whole "processing" thing I threw out at the end of the last post?  I'm really not sure how that's going.

Either it's going really well, and I'm handling things okay, or I'm burying my head in the sand and pretending it doesn't really exist.  Probably the latter.

But since other than a few tweaks, there's nothing we can do, that may be the best option.

Here's where things stand as I understand them:

We visited with both neurology (seizures) and cardiology (darned pulmonary hypertension!) in July.  Seizures are somewhat well-controlled with his medicine, and we have wiggle room to go up if he gets sick or just has more for no known reason.  We can't do an MRI.  It's not likely to change the treatment and the possible knowledge gained isn't worth undergoing anesthesia ('cause you know ain't no way this monkey would hold still for long enough!). 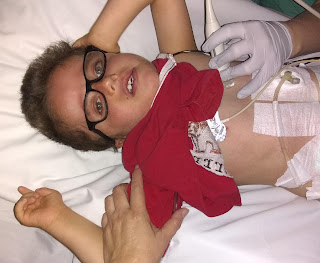 Then cardiology wasn't awesome either.  I mean, it wasn't horrible.  There weren't a lot of changes, except I've seen signs that his pulmonary hypertension was progressing.  We've tweaked some medications, and I think he might be doing better.  But still, it's a shadow over everything, Every. Single. Thing.

And tomorrow we see orthopedics for his scoliosis.  Which I'm pretty sure has also gotten worse.  Scoliosis isn't just about the spine curving.  It's also the spine curving and compromising the chest cavity.  In other words, squishing the space the heart and lungs are supposed to use.  There are surgeries for this, but they're difficult, and remember, our kiddo and anesthesia aren't buddies anymore.

So yeah, that's the stuff I'm "processing" (or not).  But again, frankly, there's not a whole lot that can be done with any of this that we aren't doing.  We know, and have known, that his life wouldn't be a typical length.  So hence the "bury the head in the sand" coping mechanism. 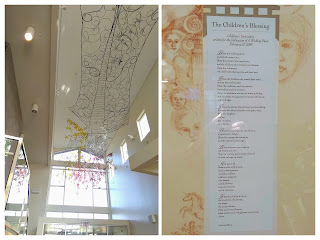 Instead, we're getting out and about.  Daddy and the older boys are going for about two weeks, so Michael and Aaron and I, and sometimes another sibling are hanging out doing fun things.

We went to a Star Raising party for Ashton who is 18 (Eighteen!! can you believe it!) with T18. 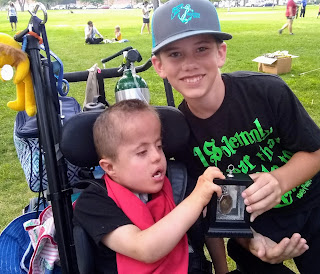 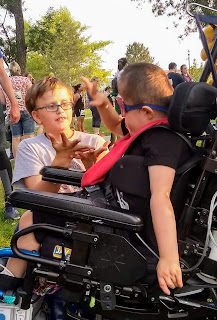 We went to the Harry Potter Run and helped out there.  Aaron wasn't too impressed with the live owl or the huge snake, but he sure connected with another little boy 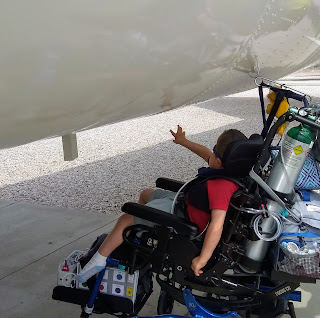 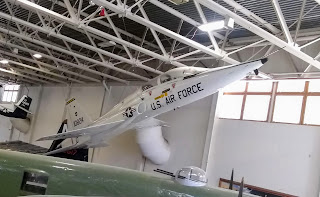 We went up to the Air Force Museum where we saw planes that Grandpa Brown and Uncle James have flown, visited with a man who served in one of the squadrons my dad served in, only 10 years early, and listened another tell stories about the Dolittle Raid in WWII.  It was fascinating.  Look it up. 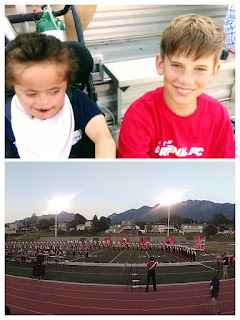 We went to "Drums Along the Wasatch" to hear big brother Joseph play with The Battalion.

Tomorrow, after his scoliosis check, we'll visit Temple Square and the Beehive House, wander around downtown Salt Lake.  Basically, we'll continue making as many memories as we can. 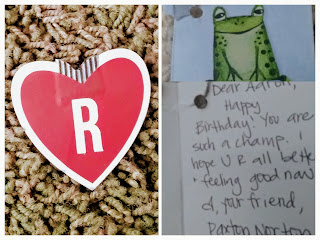 In addition to our fun, I've been cleaning out closets and drawers and mostly long overdue paperwork.  I found treasures from a couple little boys who've passed on and tucked them away.  Today is Chloe's 9th birthday.  Chloe is from Alabama and has Trisomy 18, and grew her wings just a few short weeks ago.  Aaron starts school in a couple more weeks.  He's still here.  We still get to do things.  His challenges are great, but so is his spirit.

We got this.  And on the whole, I'm thinking that my "processing" and coping mechanisms are doing okay.


"Carpe diem! Rejoice while you are alive; enjoy the day; live life to the fullest; make the most of what you have. It is later than you think. You only live once, but if you do it right, once is enough."
Horace
Posted by CompatibleWithJoy at 10:06 AM