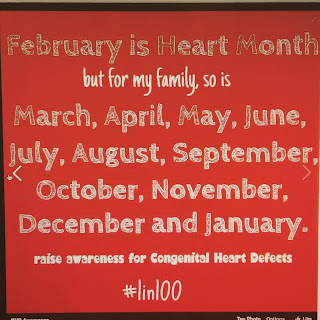 This week, kinda like the last several, has been busy.

Last Friday, we started suctioning blood out of Aaron's trach.  Not a lot, but some.  And it continued off and on for the next few days.

So Tuesday morning, about 15 minutes before I walked out the door, Aaron decided to up the ante.  He'd had a good night, but that morning he started coughing up blood, quite a bit, and it was dark red  and fresh.  Who's supposed to sub for the sub??

I called up to the hospital and got a respiratory supervisor who knows us (bonus!) and ran things past him.  After talking, he was concerned, but said that if things didn't get worse, AND they got better as the day went on, AND his sats, heartrate and everything else stayed stable, we could probably skip coming in.  But if anything changed, we were to get up there ASAP, and if they changed in a big way, we needed to come fast.

So I had a talk with our little man, left him with his nurse, and went to work.  Fun times.  I let the school know what was going on and they were very sympathetic and cooperative.  (It might help that I've had kids there since we moved here in 2004.)  I taught four classes of seventh and eighth grade English students what the word "euphemism" meant, and explained that I had a little guy who sometimes "decided" that breathing was optional, and when he misbehaved, he didn't end up on time out, he ended up in an ambulance, or even a helicopter.  I don't think they'll ever forget what euphemism means.

At school, his nurse put others on alert as to what she needed if he "misbehaved" as well.  And you know what?  He didn't!  It was like he wanted to know what the plan was if there was a problem, and with one in place, he relaxed. We've continued to have some blood from his throat/lungs, but not as much.  There have been some clots that we've pulled out, so I'm hoping that means that it's healing up in there.

Good thing he settled down, too.  By Thursday, I was thinking I might be coming down with something.  By Friday afternoon, I knew I was.  I think I've got the plague.  Okay, no, it's really not that bad.  Yes, I'm a wimp.  But I've spent the last two days trying to hack up a lung or two and my throat has been really raw.   I'm terrified of what happens if he gets this.  I mean, it settled in my throat and tried to close it off.  It would be so much worse for him.  And it's not like I'd be welcome at the hospital with all my germs.

So I've been in bed most of the last two days and I think I'm actually on the mend.  Hoping to kick this out before Wednesday, when he's got appointments with four specialists at Primary's.

February is also heart month.  You know, Valentines, Hearts, you get it.  So I'm trying (we'll see if I make it) to post something on Instagram each day regarding his heart.  You can follow along at https://www.instagram.com/lotzakids/.  Here's what I have so far: 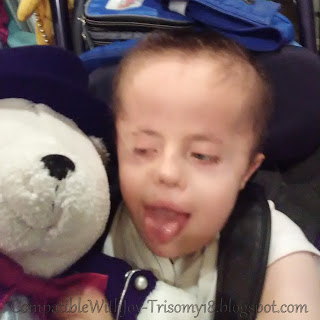 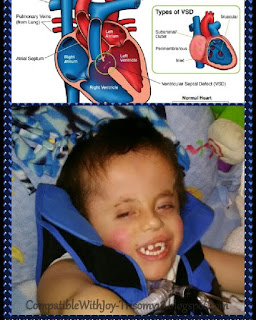 Day 2. Aaron has holes in his heart which in turn cause his Pulmonary Hypertension, the biggest threat to his life. When his sats drop for the space is only a few heartbeats, we know it's his heart acting up, not his lungs. 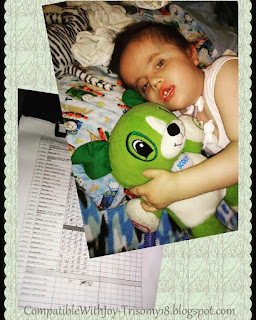 Day 3. This is a two week chart for Aaron's medications. Each column is one day. Of those meds, 12 are directly related to his heart. 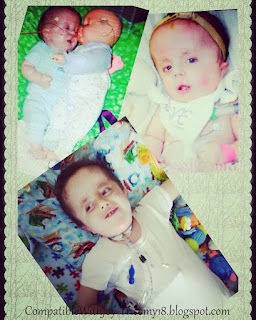 Day 4. Weight gain. Aaron was tiny: born at 4#15oz, he dropped to 4#2oz and came home at 4#6oz. Before his trach and g-tube, he struggled to gain weight. 18 months later, the doctors were talking diet. Now he's almost grown into his weight and is about 45 pounds. 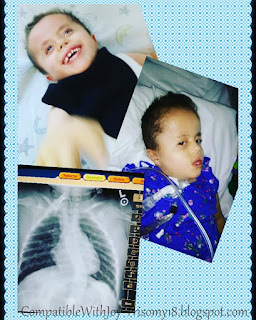 Day 5. Doctor appointments. Aaron sees 8 different doctors (down from 15!). Fortunately, we can see a few of them all at one time, or just once ot twice a year. And I'm the one common factor in all these relationships. Just call me Dr Mom.

Love is a symbol of eternity. It wipes out all sense of time, destroying all memory of a beginning and all fear of an end. ~Author Unknown

Posted by CompatibleWithJoy at 8:12 PM