Music to My Ears (and My Heart) 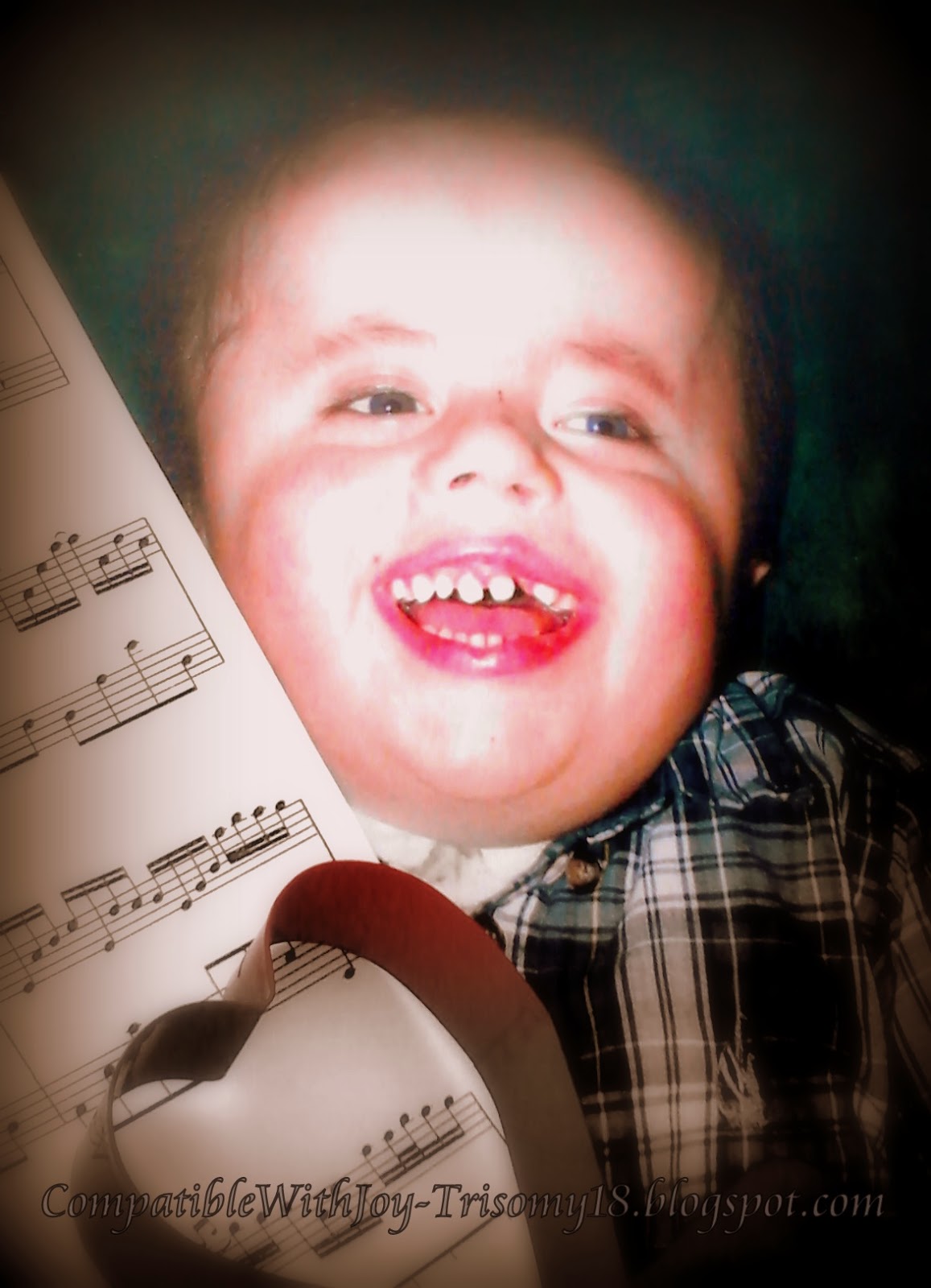 Check this kid out!  This is what I've been listening to for about the past hour!  Can I tell you how happy this makes me??

We lost so much ground last April (yeah, almost a full year ago) when Aaron got sick.  He had been doing so well trialing off his ventilator.  But after that bout in the hospital where his asthma flared up, we just kept struggling.  And while he'd been spending hours every day off the vent before, he wasn't even stable ON the ventilator anymore.

If I'd had time to contemplate it, it would have broke my heart.  But instead, I was working so hard on keeping him alive, that I was just grateful that he was still here, and hoped he'd stick around.  It did make me so sad one day when Andrew came up and asked me to put the speaking valve on so he could hear Aaron's voice.  I almost cried as I told him that wasn't possible.  We couldn't even take him off the vent, let alone put that on.

A speaking valve works because there is a one-way membrane. A person breathes in through it, but then it seals and they have to push the air up and out through the mouth and nose, passing the vocal cords on the way.  You know how they tell you that if someone is making noise, they're not choking all the way yet? It's because they're moving air past their vocal cords and out through the mouth.

But given how well he's doing on his new vent settings, you know, the ones where it's supporting the air pressure but making him do all the work of breathing, I thought maybe, just maybe, he might tolerate being off for a little bit.

So on Wednesday, we tried for 30 minutes.  At the end, his heart rate was up a tiny bit, his sats were great, but his breathing rate was up quite a bit.  Time to call it.

Today, I thought I'd do something really crazy, and see if perhaps he might let me put his speaking valve on him.  When we very first started using it just over a year ago, he really struggled with it.  Remember, he's been breathing out through his neck for almost 3 1/2 years now.  But he kind of pulled a few funny faces, and then discovered that he could make noise!!  It's now been almost an hour and a half.  He's having a blast in there!

And those vital signs?  They've rarely looked better, and on only one liter of oxygen, too.  Yeah, music to my heart.


He who sings scares away his woes.  ~Cervantes
Posted by CompatibleWithJoy at 6:12 PM