Murphy's Job: To Keep You Humble 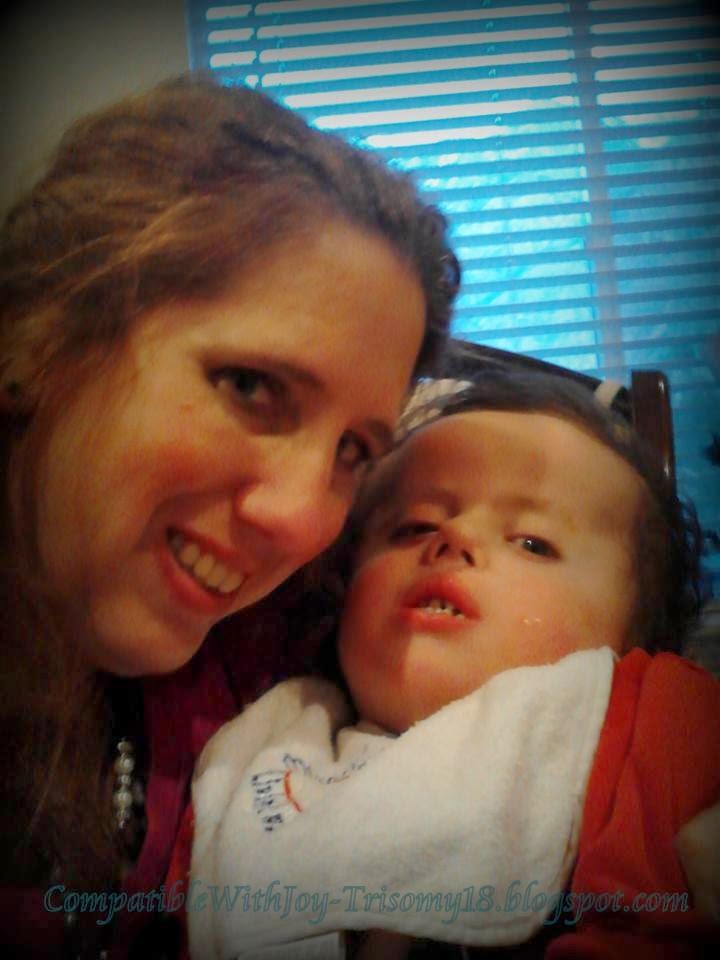 Well, we have a power outage, so since I can’t use the internet, it seems like a good time to write down what’s been happening.

Last week, Aaron managed to catch the tummy bug the rest of us had.  He had a little more trouble with his feedings, but not too bad.  His struggle was on the other end.  Or maybe I should say, MY struggle.  Yeah, we were changing bedding at almost every diaper change.  And those were pretty darn often.

As an example of how out of it I was, it took me two full days before I got smart enough to just put a Chux pad underneath him, on top of his sheets.   (Those are those great disposable absorbent pads hospitals use.)  But since Aaron has lots of extra calories to spare, as long as he wasn’t dehydrated, everything was good.  So he slept a lot (and pooped a lot!) and everything was good.  And come Sunday morning, he was just fine!  So that’s all good.

Sunday evening though, that was a whole different kettle of fish.  You know how you get nice and comfortable?  Everything just fine and you’ve got this stuff down?  And then good ol’ Murphy comes along and smacks you just to keep you humble!   Yeah, that pretty much sums it up.

I (sorta) change his trach every two weeks.  That means occasionally I change it weekly.  Sometimes it gets pushed to every three weeks.  I think we were pushing almost four this time.  So I had time Sunday evening and figured I’d just get it done.  I mean, after all, I’ve done it probably close to 200 times now.  And last time?  Well, he laughed at us as we did it.

This time, he was asleep and just sort of waking up.  Sometimes that’s good.  He’s nice and relaxed.  This wasn’t one of those times, I guess.  Anyway, got it changed out, pretty routine except he wasn’t real happy about it.  His nurse had just gotten here, and she noticed he was pretty red right below his trach site, on his upper chest, and asked if he had a rash.  In running my hand over it to see if it was warm, I also noticed a lump, about the size of a blueberry, just below and off to the right side of where his stoma is.  Um, what??

We turn him up and Daddy comes in to hold him and help him recover.  After all is said and done, he does calm down, goes back to sleep and is at his baseline for the rest of the night.  And I’m left trying to figure out what the heck has happened.

I called our trach ninja the next morning and she was stumped, too.  She suggested we needed to run it past Dr. M.  Bonus, he was scheduled to take out Michael’s tonsils in the morning!

So yesterday, I talked to him.  He thinks the lump may be a small cyst and he’ll take a look at it when we go in for an ear check in two weeks.  And he suggested that what happened with the lack of breath sounds is that in changing the trach, I may have dislodged a plug that then lodged in the airway.  Removing and replacing it again, probably loosened it again.  We did get a lot of “junk” out after it was all over.

Anyway, the long and short of it is, he had a rough time.  And it seems the only time trach changes are hard is when I’m feeling pretty confident that it’s going to be easy peasy.  SOMEDAY, maybe I’ll stop thinking that way and he won’t have to suffer.  Maybe.

But now, he’s doing great again.  We’re even thinking of starting to trial off the vent a little bit.  Actually did for about 30 minutes today.   Who knows? Maybe someday he won’t need that crazy, obnoxious, wonderful, life-saving technology.    But either way, I’m still loving his snuggles, his gentle spirit, his wonderful ways.

Oh, and the power?  Rocky Mountain said it would be out for about five hours.  I think they overestimated by a bit.  It came on just after I started writing this.

A bend in the road is not the end of the road...
unless you fail to make the turn.
~Helen Keller
Posted by CompatibleWithJoy at 2:57 PM