Life, What a Journey

This week has been an incredibly busy "lots to do, lots to learn, lots to feel" kind of a week. 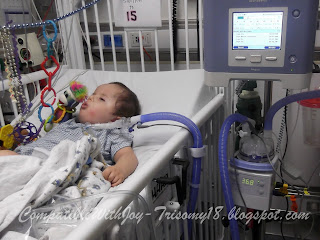 On Monday, Aaron went into the hospital to try to switch to a new ventilator.  It's an amazing machine.  It's supposed to be easier to breathe on, it's much less complicated, half the weight, and on and on.   See why I'm excited about it?

On Tuesday morning, the Trach Ninja (yeah, she really is that amazing) at Primary's came in and asked me what I thought.  Honestly, did she really want to know?  Yep, she did.  "I think he's getting sick."  Yeah, not what she was expecting, or wanting, to hear.  The machine, yeah, it's pretty cool.  Aaron, he's sick.

But he's not "in the hospital" sick, at least not yet, and we don't think that he'll end up there.  He's got a cold and we're seeing the pulmonary hypertension kicking in.  But we're managing it at home and this time I'm feeling good and comfortable about being able to do that.  Such a relief from the usual anxiety and worry.  He IS sick, but we've got more tools in the toolbox, more knowledge under the belt, and I think we can weather this one at home.   But yeah, home is exactly where the little monkey is going to be staying.  No outings for fun things until he's done. 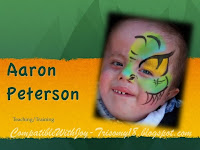 Tuesday night I oriented a new nursing company.  We changed for a variety of reasons and it looks like this is going to work out very well for Aaron.  In addition to helping him at night, they'll also be providing his day nurse for school.  I do miss our old nurses, but it was a change that was necessary on so many fronts. 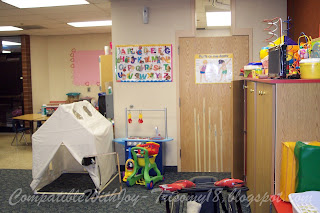 Wednesday was Aaron's IEP for school.  I'm still a bit overwhelmed by the idea of him going to school, but also so excited for what they can do to help him.  Homeschooling my "normal" kiddo this last year was a bit of a challenge, a new experience.  But I know how to do Pre-Algebra, I've studied history and science.  And English, yeah, well, that was my major and my passion.  So it was more about routines and how to teach him best.  With Aaron, I don't have the knowledge or skills or equipment, and I'm not sure how to get there.  But there are wonderful professionals who've spent a lot of time and effort to gain that.  It's very much the best thing for him. 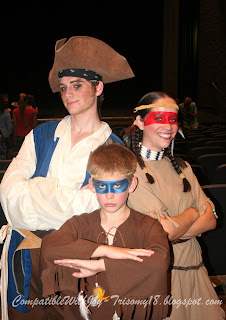 Wednesday night was also the night we went to see Peter Pan.  I love watching people enjoy performing.  This was no exception.  Especially Peter and Captain Hook.  They totally stole the show.  And when I can watch my own kids having fun up on stage, well, that just takes the cake.  What can I say, I love my pirate and Indians.

On Thursday, I learned that one of his little friends had gone home.  My heart is broken for Paxton's family.  I first heard rumors of a little boy like Aaron shortly after he was trached.  He lived somewhere close to us, and while he didn't have Trisomy 18, he had "something else" that was a lot like it.  I think the boys were about one when we first met up.  (With winter and all, neither one of us ventured out unless it was critical.) 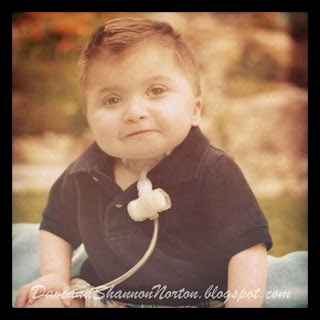 Little Paxton lived about two miles away, had a monosomy (missing a chromosome), and had a trach.  He was also born exactly one month after Aaron was.  I liked to joke that they were friends before they came and were goofing off and messing with those chromosomes.  I had hoped they'd ride the bus to school together, that they'd grow up together.  They were so similar.  But on his birthday, Paxton became sick.   Just five days later, he lost his battle.  His family will be together again.  I know it and they know it.  But there is going to be a long, heart-breaking time between now and when that happens.  There is such a huge hole in their hearts.  And I ache for them.  Like Aaron, like all our children, Paxton is loved immensely, and nothing and no one can take his place.


“Perhaps they are not the stars, but rather openings in heaven
where the love of our lost ones shines through
to let us know they are with us.”
– Author Unknown


Posted by CompatibleWithJoy at 8:57 AM