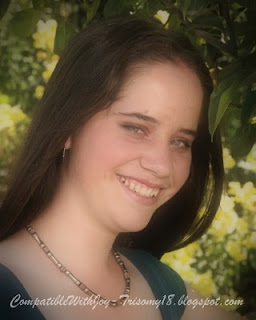 I have to give a shout-out to one of the best daughters a woman can have.  21 years ago (plus one day) Deborah made me a mommy.  She came into this world tiny, just 5 pounds, 11 ounces, but full of spunk and love.  She's still small, only 5'2" (which she happily blames on me) and still full of life. 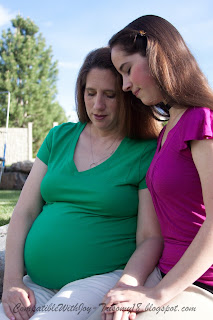 Three years ago, she finished her first year of college just as I was really needing to slow down a lot more at the end of Aaron's pregnancy.  I basically was able to spend the last two months of my pregnancy parked on the couch, directing traffic, while she did the footwork. 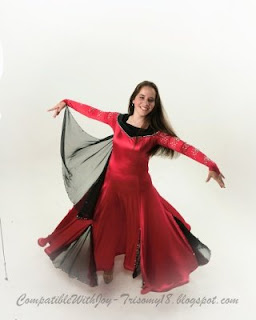 When Aaron was trached and given his g-tube, she was willing and able to learn how to care for him, even in an emergency.  This makes it so I have another set of willing hands around to help out, and lets me get out a little bit more. 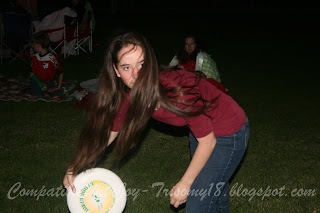 She's an awesome big sister to the others as well.  She spends time talking about writing with Mary, helping Jonathan and David with dance, and runs Matthew to early morning seminary.  She jokes and helps with Joseph, Andrew and Michael as well. 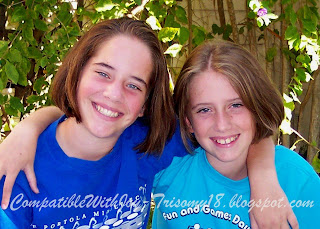 As a child, she never cut her hair.  Never that is, until she learned about Locks of Love and girls that couldn't grow their own hair.  At the age of 12, her hair reached below her waist, and she cut it all off so someone else could have hair. 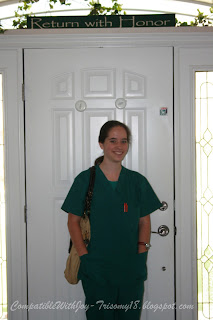 We are so blessed to have her in our lives.  Somehow, she's survived growing up with two parents who'd never done the parenting thing before.  She broke us in, usually gently, and helped us become who we are today. 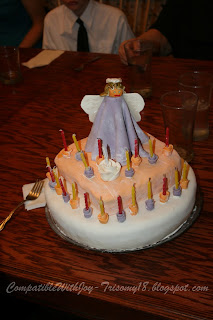 She now works at an assisted living center, helping those who can no longer help themselves.  As a baby, we called her "angel."  She still tries to be one today. 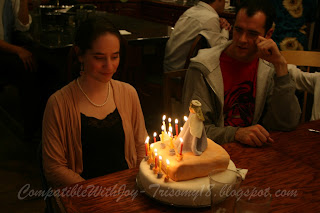 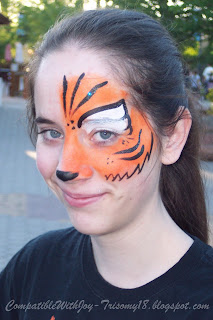 Posted by CompatibleWithJoy at 12:56 PM